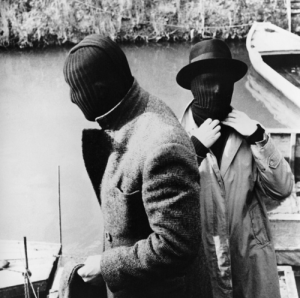 We receive and transmit this letter from Alessio Del Sordo, anarchist comrade and NO TAV prisoner detained in the prison of Turin.
<

On 6th December 2008, an infamous cop murdered Alexis Grigoropoulos in the Exarchia neighbourhood in Athens. Following that infamy, attacks on the structures of power and their men took place all over Greece. Street clashes, cash machines destroyed, police stations assaulted. Exactly a year after Alexis’ murder, on 6th December 2009, in the vicinity of the spot where he was killed, a spontaneous march was repeatedly charged by antiriot cops on motorbikes, the Delta Corps, financed by the European Union and trained by Italian instructors. That night the charge of the cops on motorbikes penetrated into the march and managed to disperse most comrades, who took refuge in the nearby occupied university polytechnic institute. Those who didn’t make it to enter the polytechnic institute ended up cordoned off by the cops of the Delta.

In spite of the fact that I was arrested that day, along with 4 Italian comrades and a dozen of Greek and Albanian comrades (2 of whom underage), I had a lot of fun.

Unfortunately the chance to throw cops out of their bikes and help them to fall head down doesn’t happen that often. For those events the first grade court pronounced sentences between 5 and 6 years imprisonment. On 28th June the appeal trial will take place, which will certainly impose similar sentences.

This is a story of ordinary repression, which adds to the many others hitting comrades over the years all over the world, up to these days. As for Italy, one inevitably thinks of the maxi media operations orchestrated by the ROS, the latest one being operation ‘Ardire’, of the sentences that followed the clashes in Rome on 15th October, of the sentences of the Genoa G8 trial, which could become effective on 13th July, and of the trial for the clashes in Val Susa of last summer, which is due soon.

The comedy of the State is always the same. In the intents of the judiciary, high sentences serve the purpose of warning, partly to punish the internal enemies, which is obstinate in breaking the social peace of the rich, partly to discourage the undecided, those who are not so aware that the social order can be swept away. To terrorize in order to continue to govern is not only a Machiavellian paradigm but also the modus operandi of power. And the more terror is spread and incertitude is instilled in our daily lives, the longer this status quo will last (forgive my elegant Italian, I’m reading a lot in the cage). But who’s afraid of whom? Those who defend the bosses’ property know well about the potential involved in the intensifying of the social conflict. To clash with State troops, to practise the sabotage of goods and energy circulation that keep society going, to act directly against the men and structures of power are practices that have always been part of the theoretical and practical baggage of the exploited everywhere. And as we often say, if these practices became generalized it would be very difficult to stop them. In the meantime, however, it is extremely important that the practices of direct action increase in quantity and quality. This is the least we can do for our kidnapped comrades, temporarily held in the cages of the State. Needless to say, however they give us years in prison and arrest many of us, we will continue to hold our heads down only to head butt them. I take this occasion to send my solidarity and complicity to all the comrades who were searched, investigated and imprisoned in this nth repressive wave. Let’s stay strong and fight for permanent social conflict, for insurrection, for anarchy.

To write to Alessio: