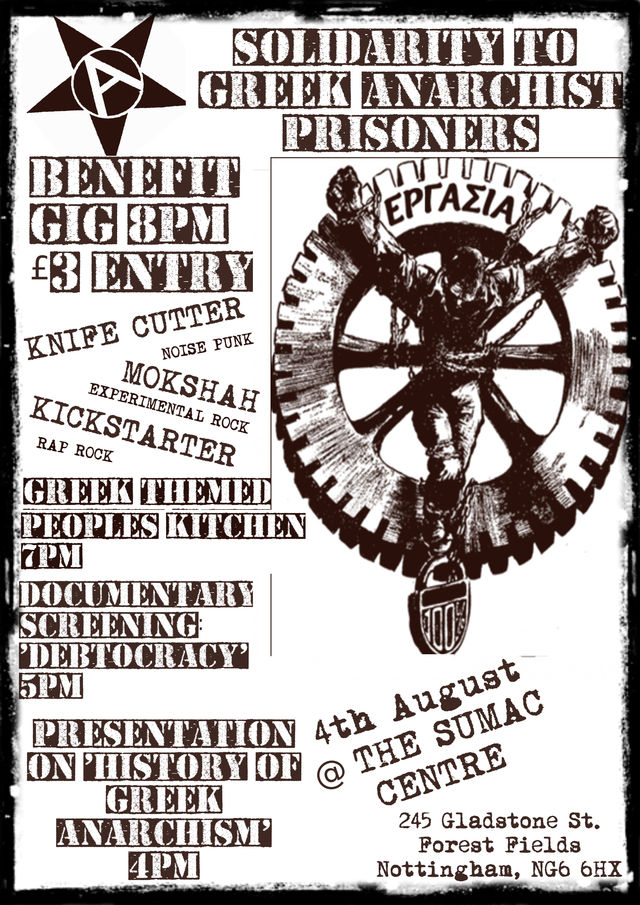 As the insurrection continues to rage against the capitalist austerity experiment in Greece, the state repression predictably increases alongside it, imprisoning those who dare to take a stand, to want a different world where their lives are not dictated to by the forces of the market and state.
Our solidarity to the imprisoned fighters is never contained in one place, it crosses borders that never exist, combining with a struggle that is one and the same. Solidarity is not just in our words, but more so in our very actions we take, not just as financial support, but also against the prison system that incarcerates us as we speak, in every facet of our existence.
We more than hope to raise awareness and create a backlash in common struggle with all our comrades in Greece, especially those in Thessaloniki who were arrested on 2nd July after pre-emptive detention raids on squats and houses.
We stand side by side in solidarity with those that rupture the illusion of the state and capital, reminding them that they are never forgotten!