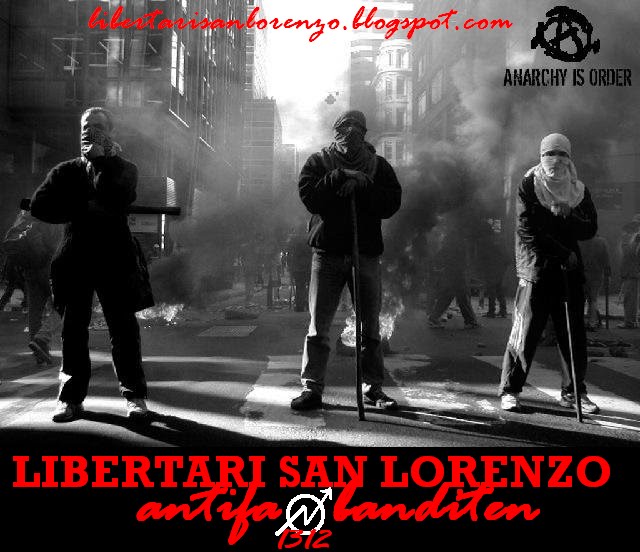 In the night between 6th and 7th August yet another intimidation act against a libertarian comrade from Rome was carried out by the forces of occupation in Val di Susa. The comrade was staying in Chiomonte in order to participate to the NO TAV initiatives and enjoy some good ‘tourism’ of struggle and solidarity. 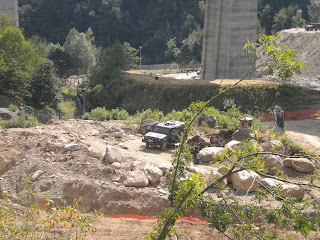 We must point out that the repressive grip has strengthened in the last days: every day police and carabinieri are ‘around’ the self-managed camping of the NO TAV people.
Every day, at any time, the forces of occupation patrol the area with check points, stop-and search and intimidations against the comrades who chose to live an intense ‘holiday struggle’, sucks to capitalist and commodified tourism. So far there have been countless deportation orders, charges and all sorts of intimidation.
As we were saying, last night two comrades from Rome (a boy and a girl) were stopped in the area of the NO TAV camping in Ramatz, under the pretext of a normal ‘traffic police’ check. But this was not the case.
As soon as the cops realize that the comrades are involved in the NO TAV struggle, they start provoking and intimidating, mainly the boy as he had been previously charged with ‘resistance to public officer’. This is sufficient for some man in uniform to lose his temper: Marko is taken to the police station of Susa for further checks on him and his car. There he is notified a fine of hundreds of euros for lack of service on the car… a fine that could have been notified on the road when the comrades were stopped! 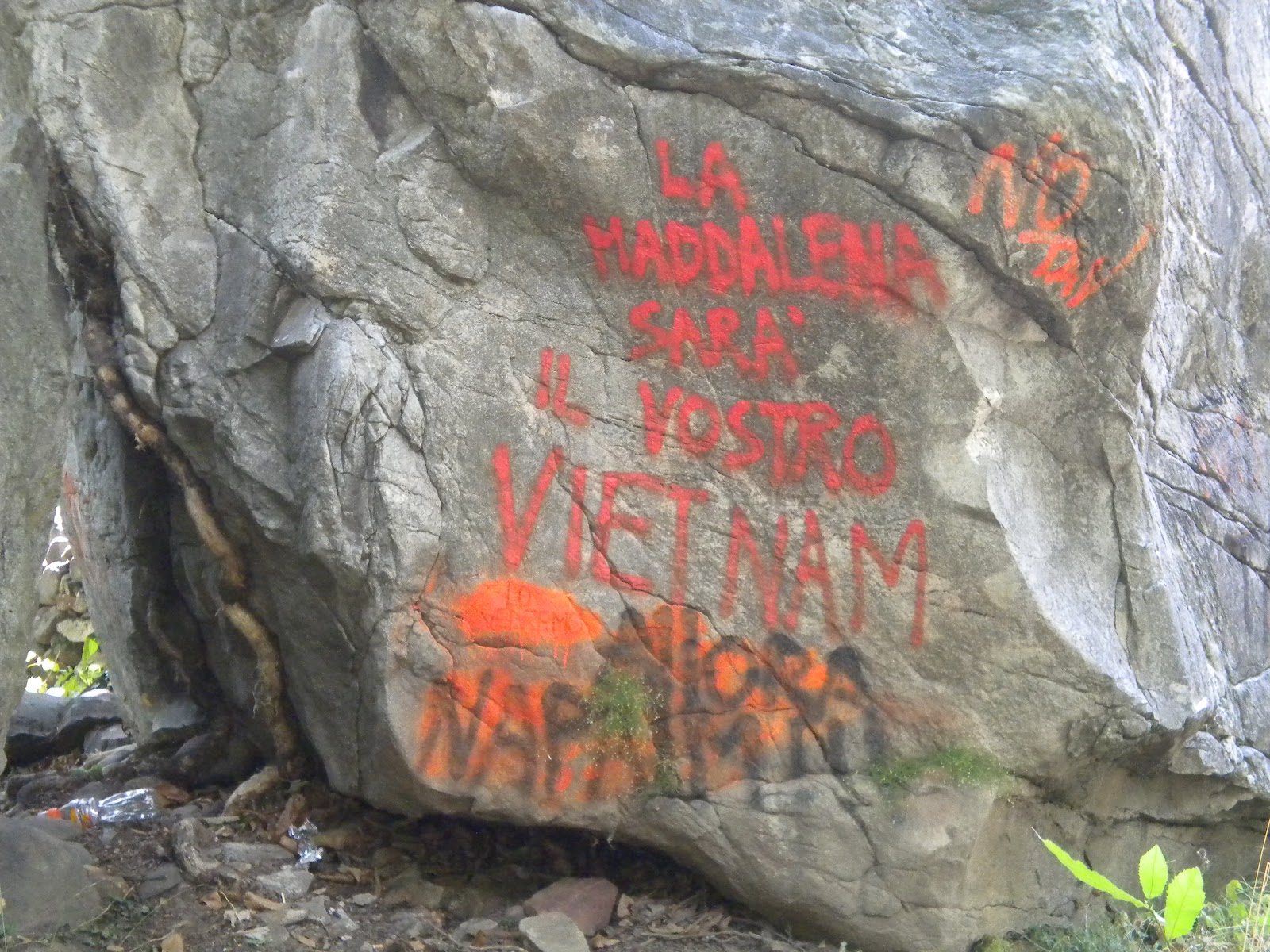 Today we publicly denounce this fact. We believe that it is absurd to force people to a police station for a simple ‘traffic police’ check.
In fact the forces of order were looking for yet another scapegoat to be added to the list of the ‘undesired’ in the valley. Of course the result of the search was negative but this is not sufficient to calm us down.
In the meantime a spontaneous word-of-mouth manages to mobilize a hundred comrades, who soon surround the police station making a lot of noise. These are moments of strong tension because the situation has become unbearable and the ongoing police state certainly doesn’t appease the comrades or the locals, all of them tired of being inflicted abuse.
The NO TAV determination and solidarity attains its goal: Marko is soon released and his car is not seized by the cops. The solidarity demo outside the police station ends only when the two comrades get out of the door of the police station among the embrace of those who are there.
Complicity and solidarity are our weapons. Once again we have fought resignation and indifference with determination and passion.
In Val di Susa there is an atmosphere of war: this war is being fought on a daily basis in many ways and the most important thing is that the movement is reacting against the intimidations without going back. The experience of the struggle camping and countless of initiatives, spontaneous or organized, are the most blatant proof that the NO TAV movement is still alive and combative in spite of everything.
The struggle cannot be stopped! 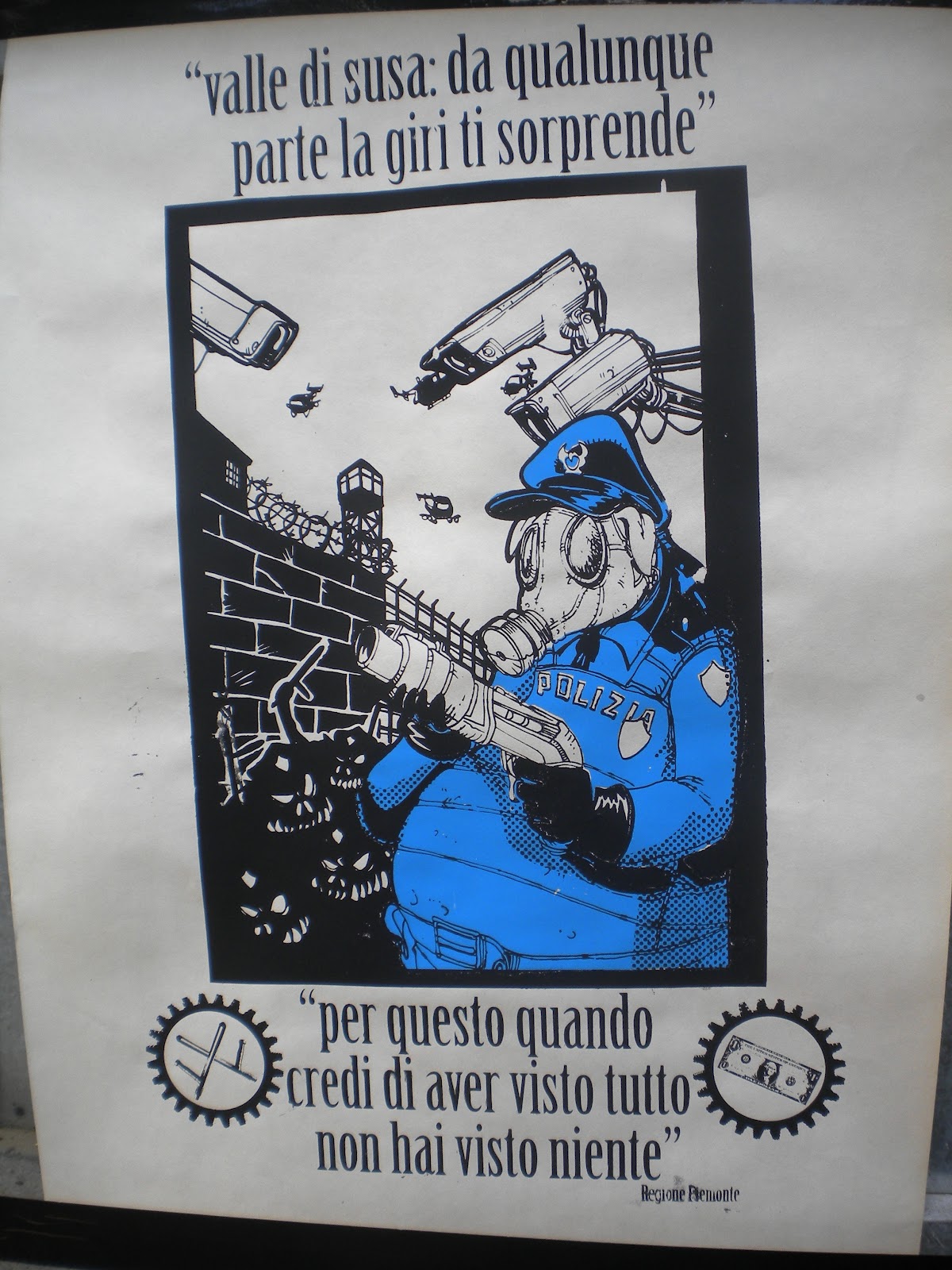 The more you repress us the more we resit!
NO TAV NOW AND FOREVER!Libertarians from San Lorenzo (Rome)