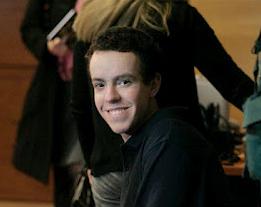 Today August 15, at 1PM, in the Oral Penal Court of Santiago they dictated the sentence against Luciano.

Room 901 of the court, made up of the judges Mauricio Olave (president), Graciela Gómez (redactora) and Antonio Ulloa (integrante and who voted to apply the anti-terrorist law), sentenced Luciano Pitronello Schuffeneger for the crimes of “illegal transport of explosives,” “damages” (to the bank)” and “use of false license plate.”

Since the sentences did not amount to more than 5 years and due to not have prior criminal history, in the end the tribunal granted “supervised freedom” for 6 years. Therefore Luciano will not have to return to prison and will be under the supervision of a delegate (whether psychologist or social worker) of the police, who will make periodic evaluations of Luciano.

For their part, the Southern Prosecution of the Ministry of the Interior immediately reacted with frustration after the reading of the sentence, adding that they will examine the sentence in order to request the nullification of the trial before the Court of Appeals, for which there is a period of 10 days. The Prosecution will rely on the vote of the judge Antonio Ulloa, who was the minority vote in the decision about the application of the anti-terrorist law against Luciano.