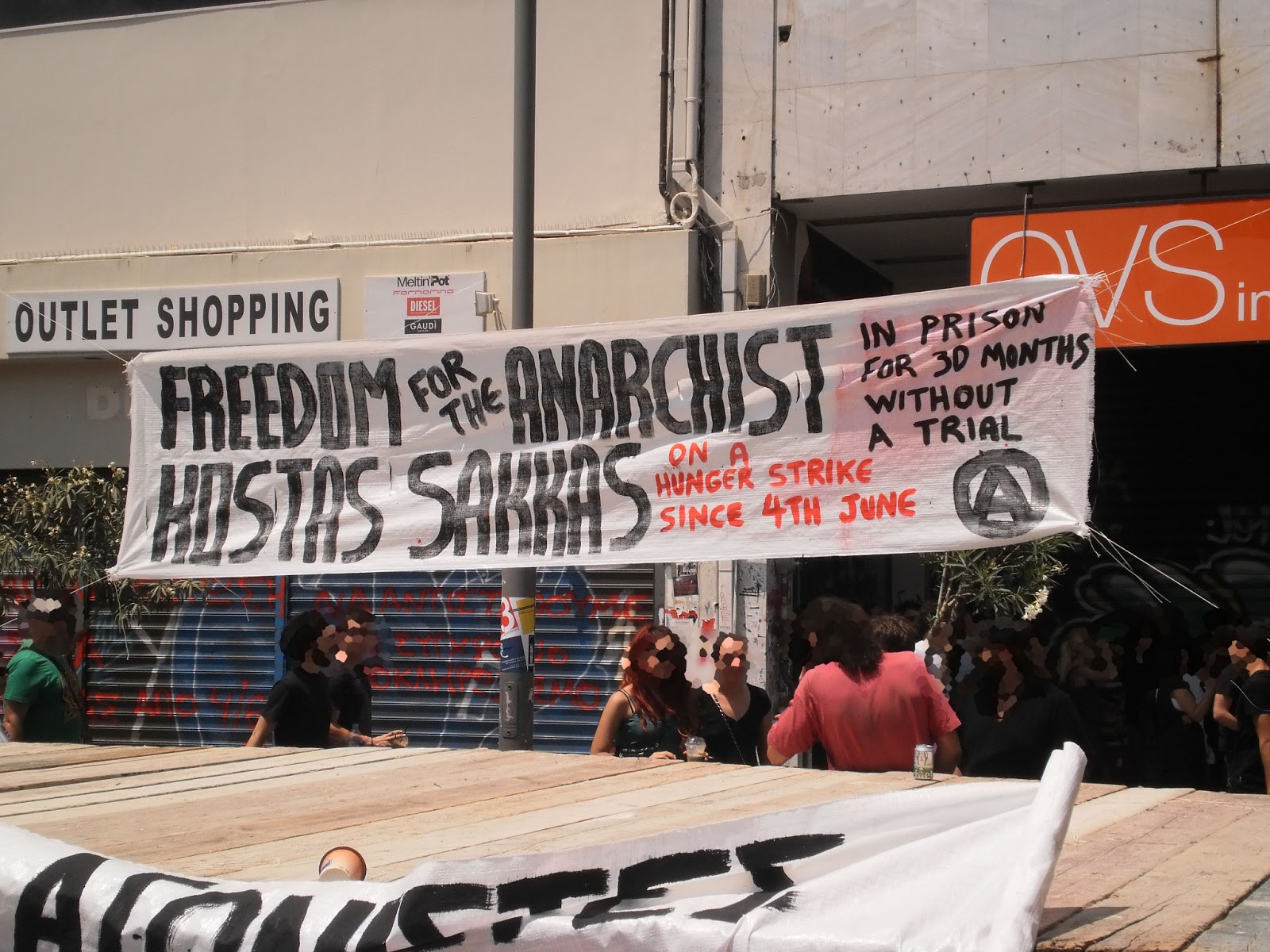 The demo was very large. More than 5.000 people marched. The demo was intense, chants were shouted, many slogans were painted on the walls and thousands of flyers were thrown.

The cops were close to us very few times and with no provocative intentions, this probably shows the political will of the government to not open a front fearing a possible domino effect after Brasil and Turkey.

The only moments of tension were before the beginning of the demo when a person with a tshirt that said “molon lave” (ancient greek for come and get it.. a phrase used by the nazis in greece) was found near the gathering and after being beaten he hid in a bar waiting for the ambulance and then when the demo started another person came out of the station wearing fascist clothes who got beaten a bit and then went back into the station.

FREEDOM TO ALL COMRADES

Antifascists atacked to a fascist at Monastiraki, Athens : video! 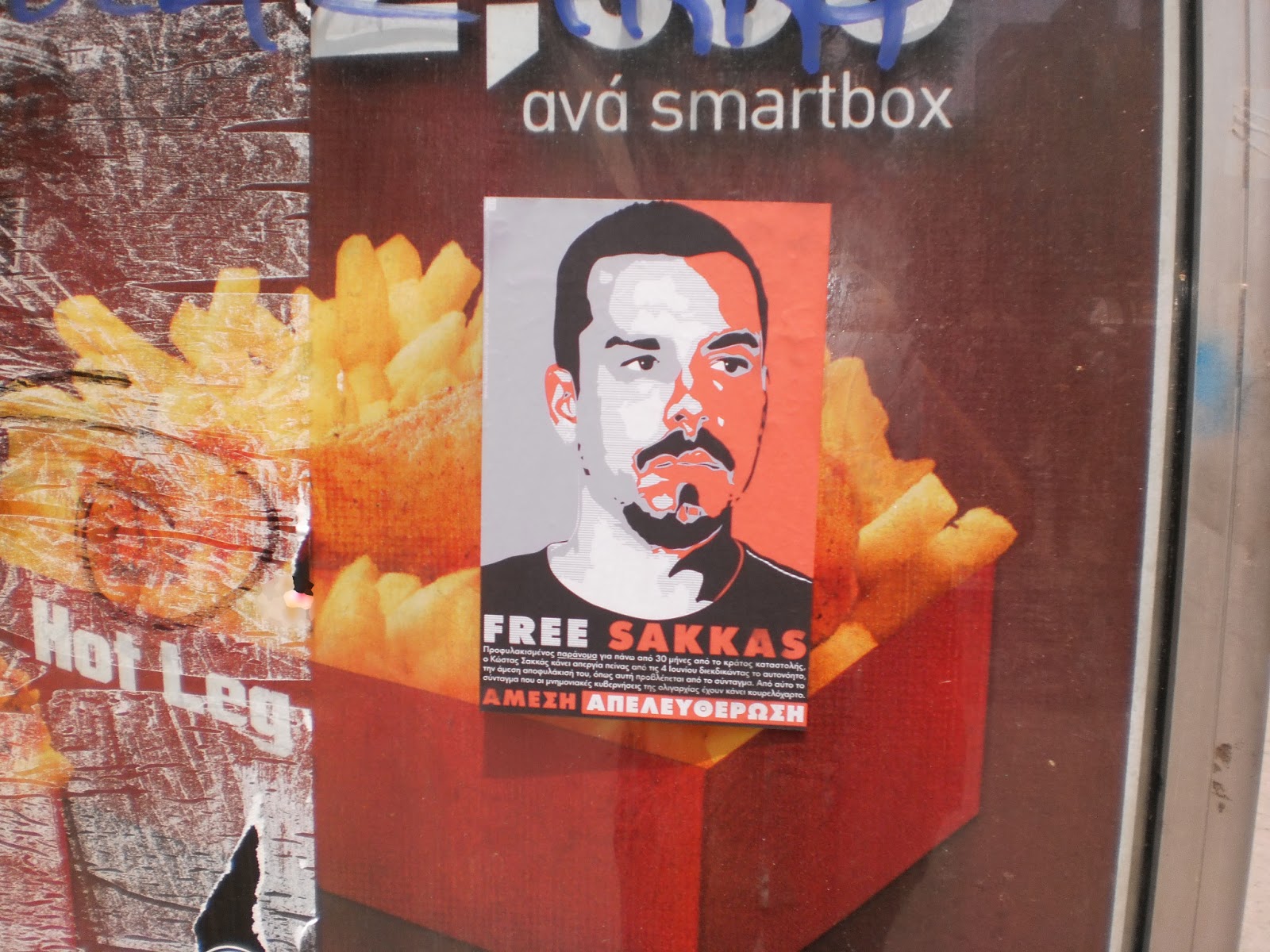 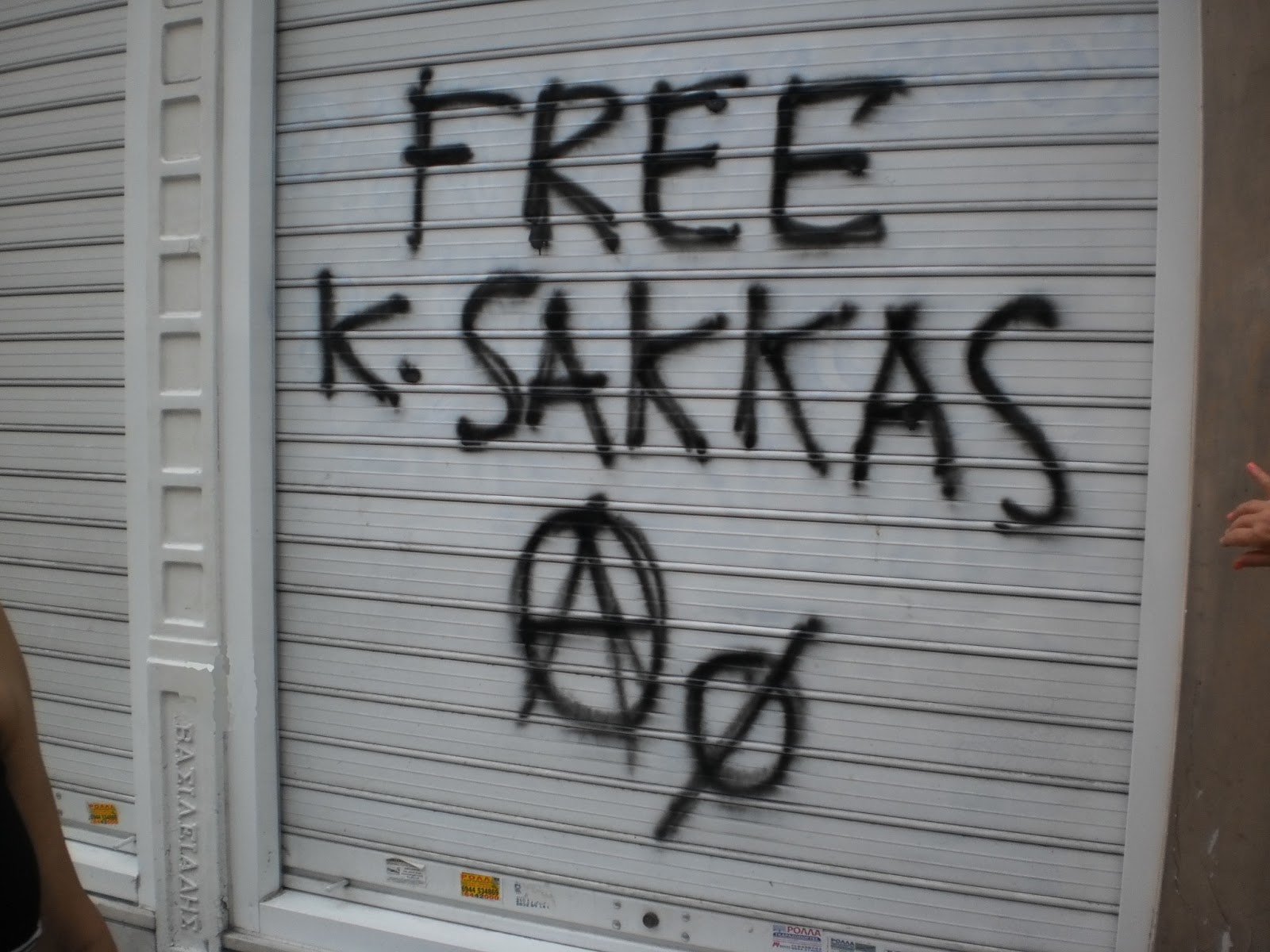 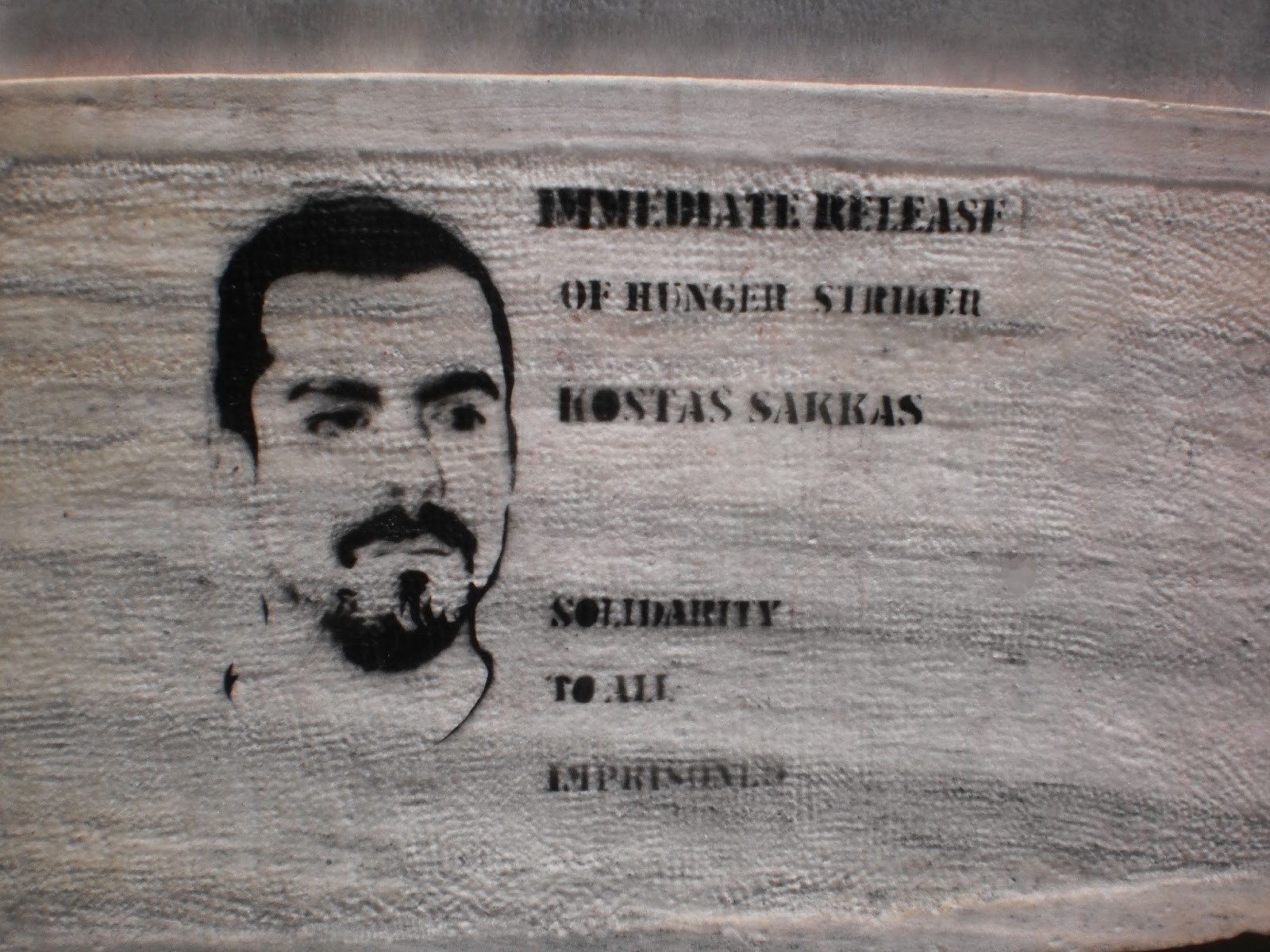 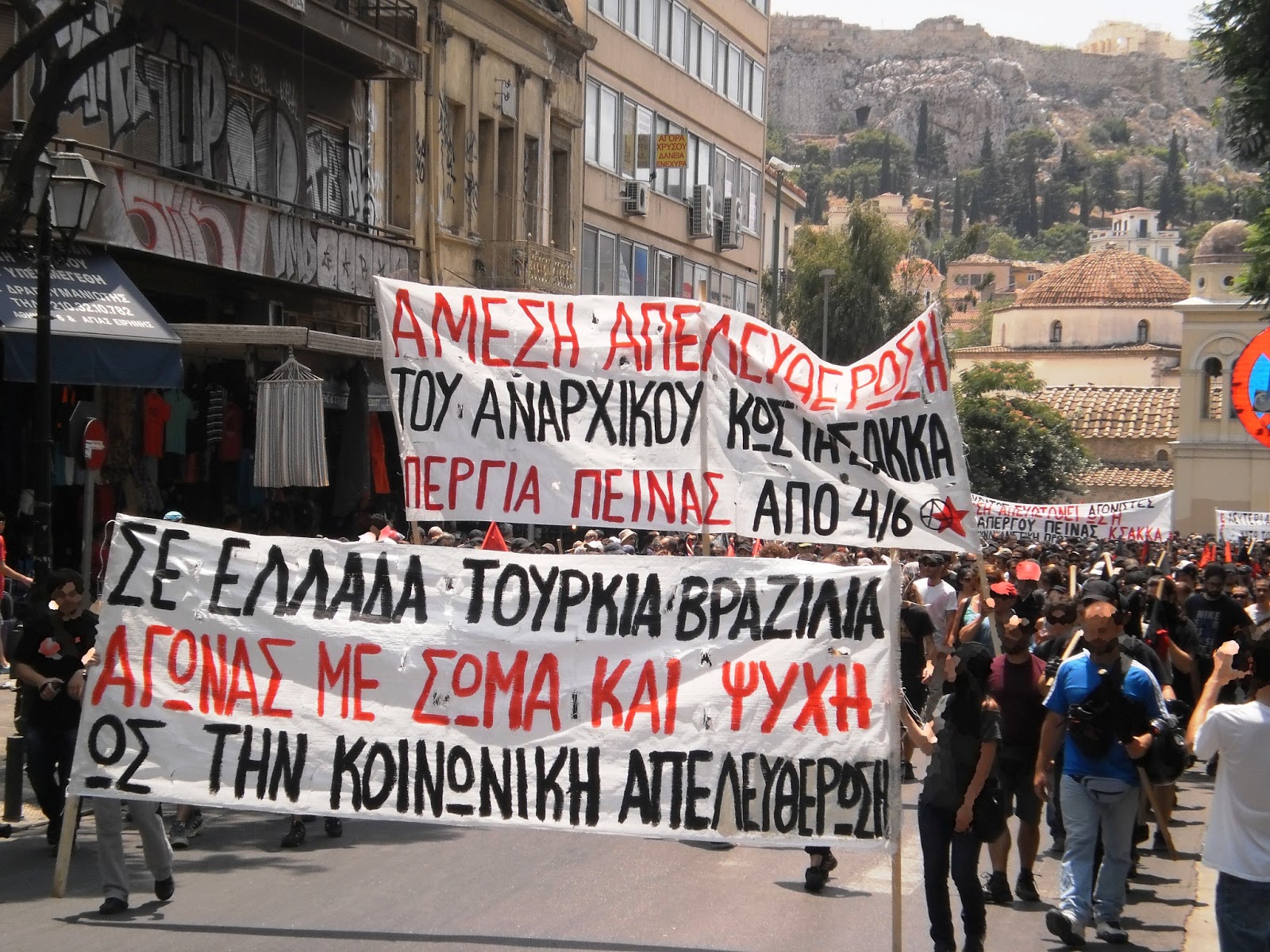 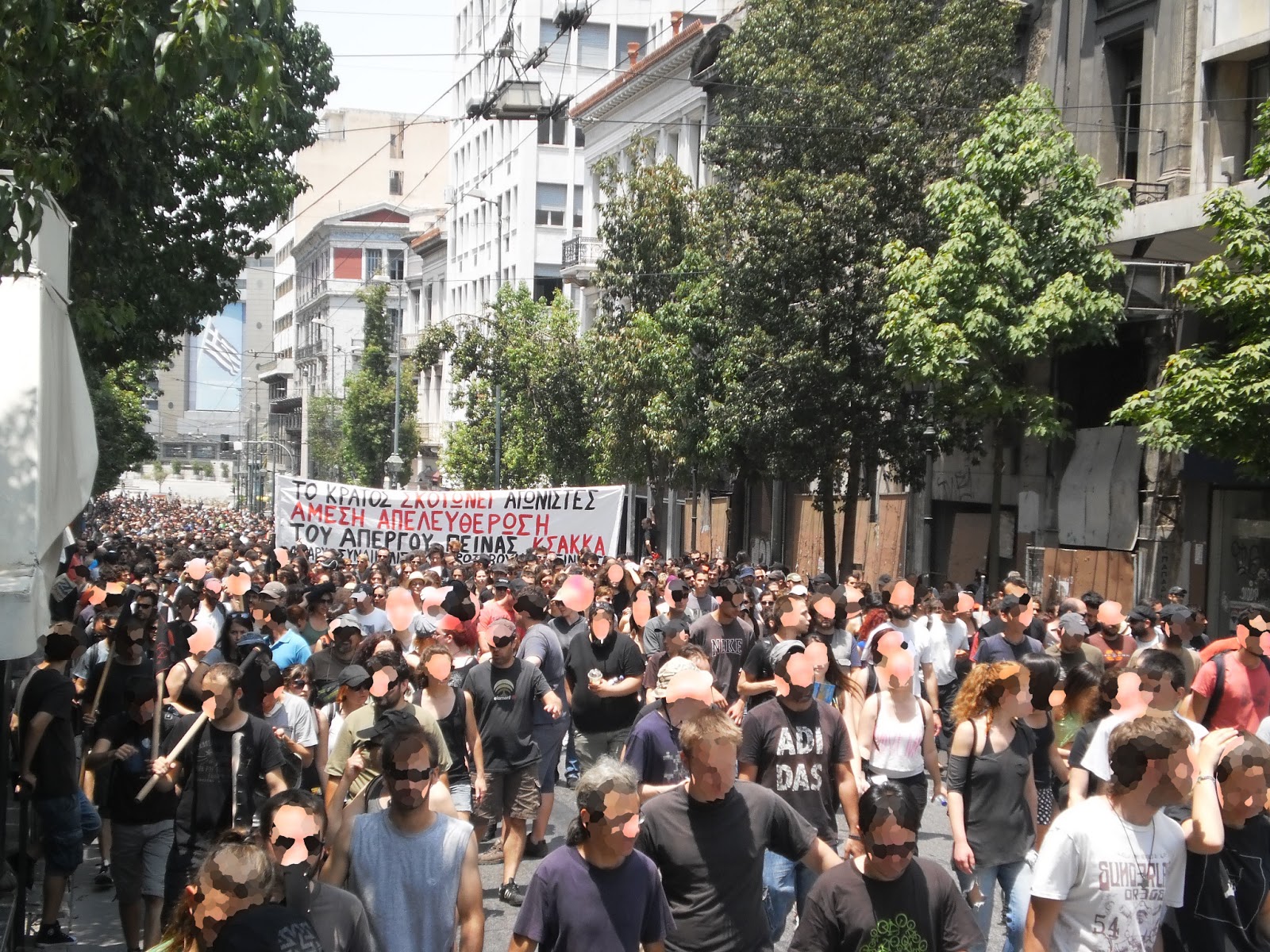