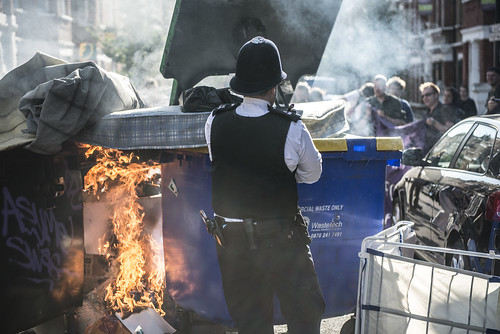 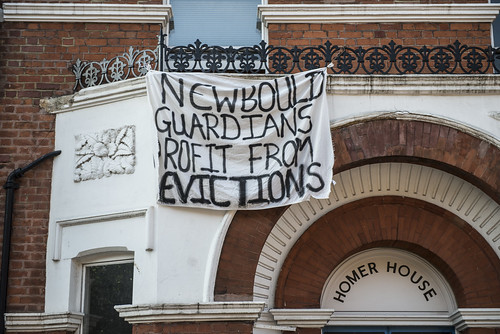 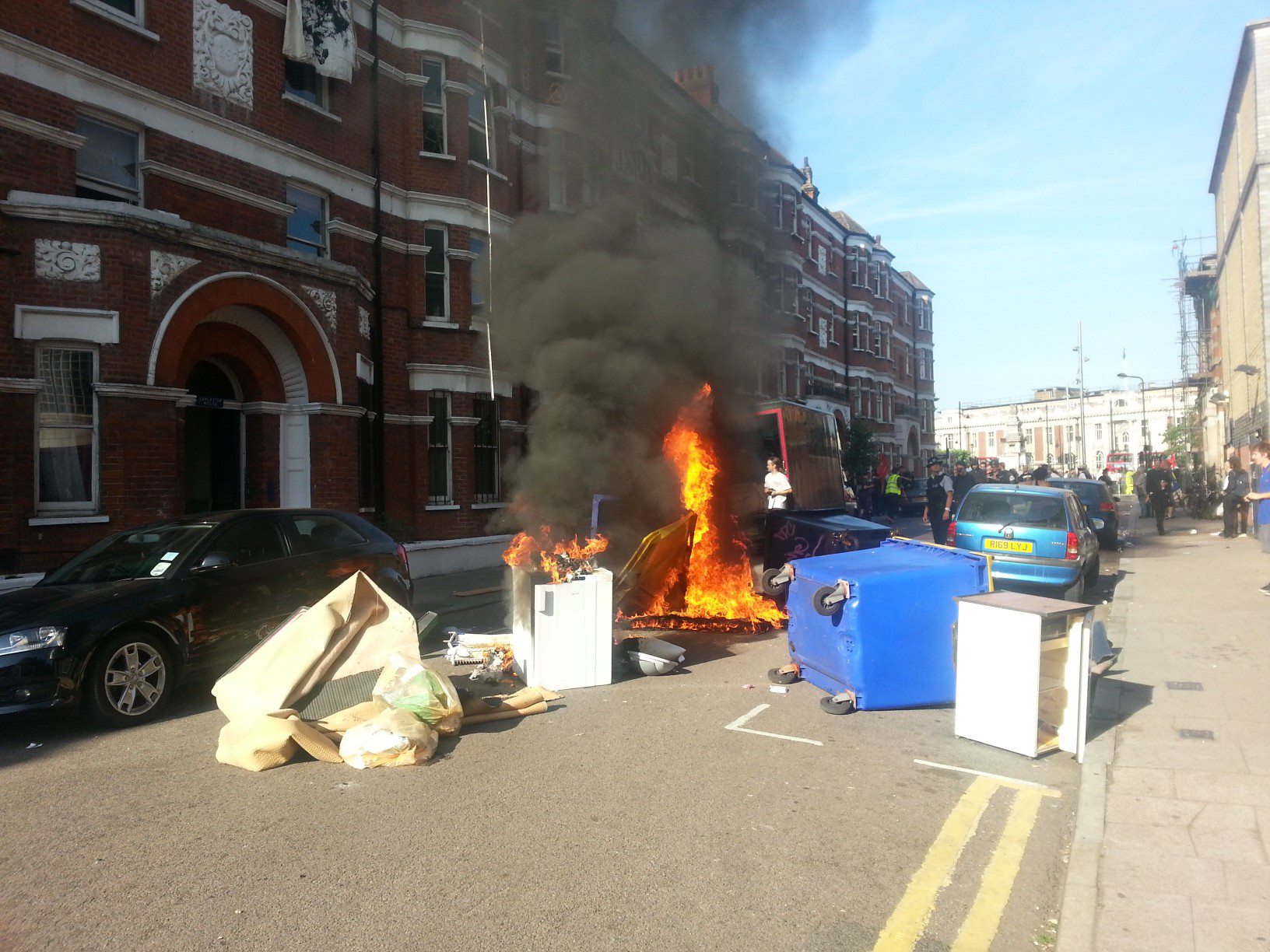 Protesters and police clashed today as squatters who have occupied six mansion blocks in Brixton south london for up to 32 years were evicted.

A group of up to 10 protesters tried to resist police and chanted: “Stop,” and “No eviction” as bailiffs broke down doors. The Met(cops) confirmed at least one activist was arrested for criminal damage and assault. 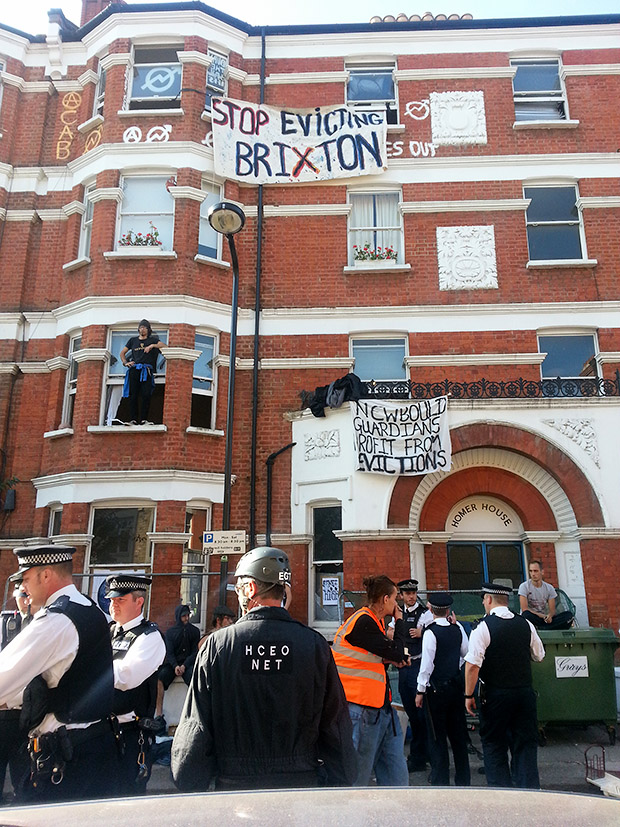 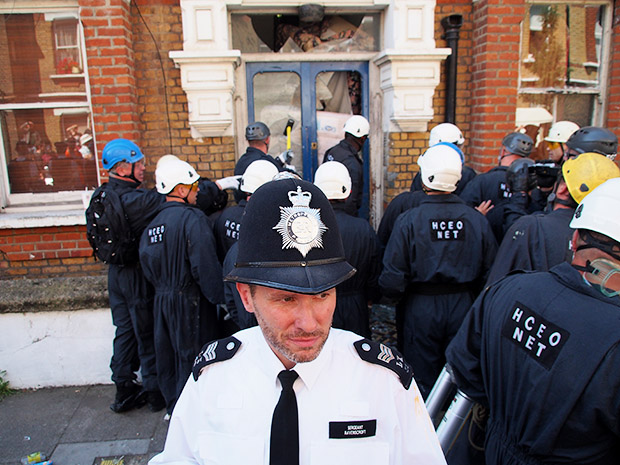