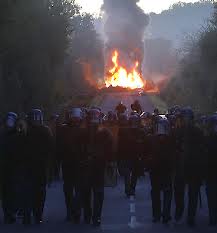 The signatories of this statement calling for a big event October 19, 2013 at 14H, instead Bertagne in Nantes.This is part of the first anniversary against evictions last fall, the failed operation to demolish the ZAD called “Caesar” to those hard-housed occupying the space LU various places since then.

October 16, 2012 in the morning, the state kicked off the Caesar operation to remove and destroy the places occupied the ZAD of Notre Dame des Landes in opposition to the airport project.

At 10:30 on the field with his troops, the prefect of the Loire-Atlantique said that the operation was completed successfully and that the military occupation of the ZAD would last “a few days” to complete the destruction of homes. Given the resistance that is organized and developed, taking many forms there and everywhere, facing external solidarity ZAD who provided logistical, political and moral support, these “few days” have become months .. . ZAD is always busy!

A call for decentralized anniversary days

This summer, during a meeting of local committees, the idea came to celebrate the anniversary of the start of this disastrous operation. A call for a day of action on October 16 relocated was launched. In response events will be held throughout the week of October 14 to 20.

And evictions inadequately housed in Nantes

Last fall also, while the government was trying to empty the ZAD, Ayrault, the PS state and the city of Nantes expelled precarious and homeless occupying the Lieu Unique to challenge the authorities on the situation of hundreds people on the streets and expose their hypocritical poor housing management. Today, as a result of this movement, more than a hundred homeless people occupying a former vacuum PJJ building facing eviction with no or their proposed solution.

Double reason to show for birthday

Many collectives have wanted to mark the double anniversary by offering a demonstration in Nantes against all deportations. It seems important to remind concreters ejectors and all kinds of our commitment to the risks of repetition of history, the ZAD as Nantes. That is why we invite you to join in the demonstration PLACE BRITAIN Saturday, October 19 at 14h.

* October 18: discussion of the book “Predators of concrete survey multinational Vinci” 20h to B17 in Nantes (17 rue Paul Bellamy), with the author Nicolas De La Casinière.

Nantais Committee Against Airport (CNCA), PAL 44, Collective against the University of Nantes Airport (Cunca) Collective A Roof for All and All, Anti Repression Committee, individuated … 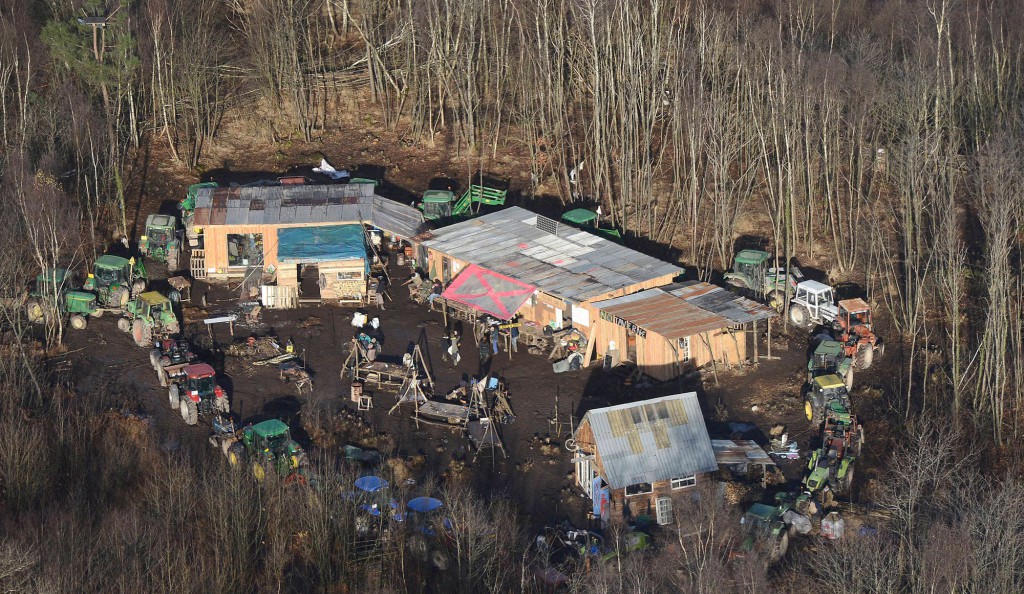