Translated from Italian by act for freedom now 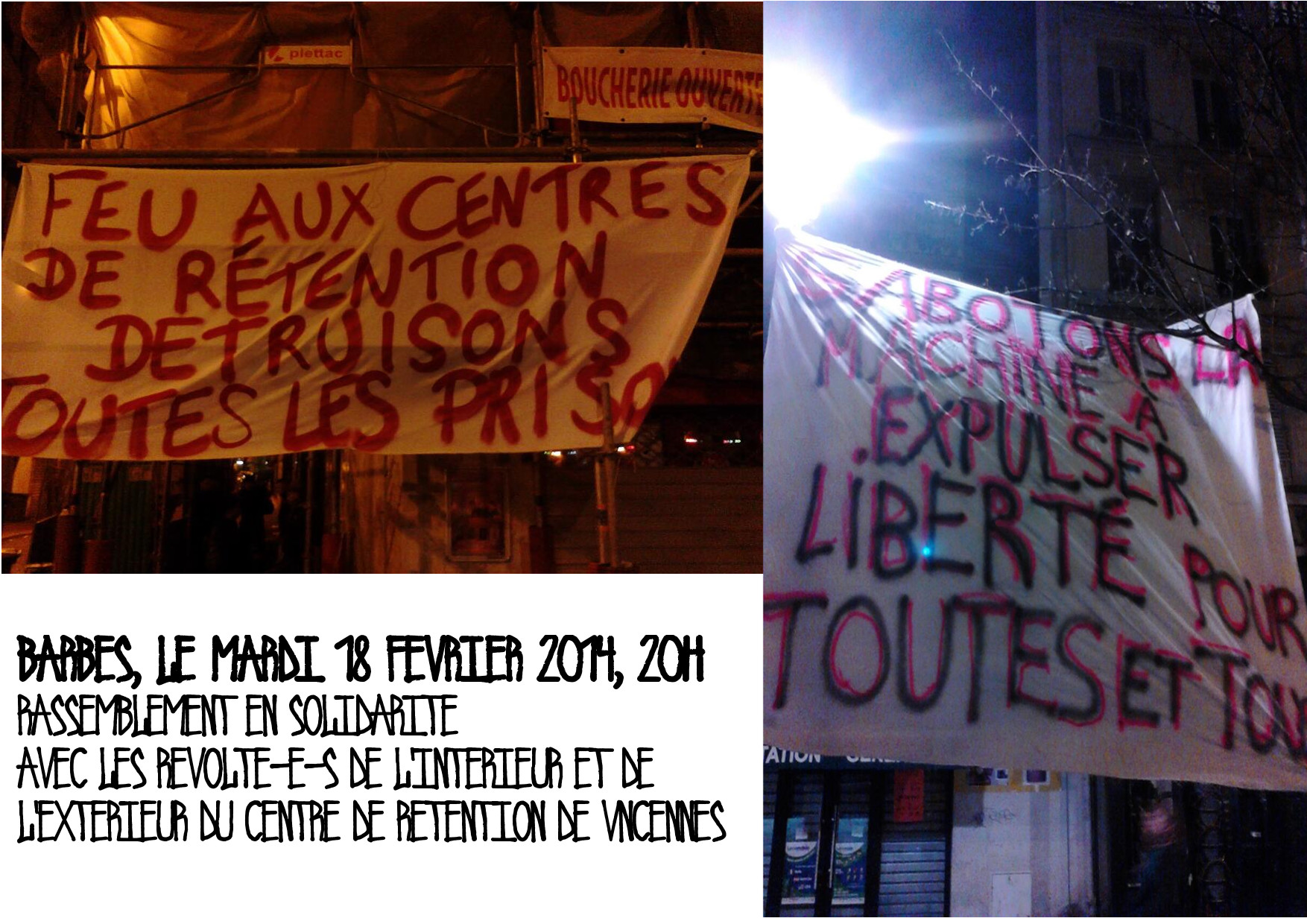 On the night of 13th February, a revolt breaks out in the prison for migrants of Vincennes (in Paris), against the deportation of a prisoner. CCTV cameras, doors, furniture and fire extinguishers are destroyed or thrown at the cops. Two migrants are sentenced to two months in prison. On the following day some comrades express their solidarity outside the detention centre, with fireworks and shouts of freedom. Five people get immediately arrested: three are released on bail and two sent to the prison of Fleury-Mérogis (the trial is due on 24th March); they are all accused of ‘armed seditious assembly carried out with masks’ and of refusing to be identified (DNA, fingerprints, pictures), some are also accused of declaring false identity in order to hamper the job of the cops.

This repression doesn’t come up out of the blue. Since their creation, migrants’ detention centres have been the theatre of revolts inside and responses outside (demonstrations, direct attacks on the managers of the machinery of deportation and on those who make profits on it, etc.) This is just yet another revenge of the State against those who are trying to put an end to these prisons by struggling without mediation.

One thing is certain: we are not interested in knowing if the rebels, inside as well as outside, are innocent or guilty because we don’t think according to the penal code but with anger in our hearts. Indignation is useless, solidarity means to contribute to the destruction of the machinery of deportation and imprisonment.

If repression is meant to paralyze one’s will and instil fear to take actions, it only incites our hatred towards the existent made of money, cops and barbed wire.

Freedom is to make war on this world.

Politicians, judges, cops, capitalists: you will never sleep in peace, you bunch of bastards!

Per i contatti dei prigionieri scrivere a questa mail (anche in italiano):  fouldega@riseup.net