Translated from Spanish (source: Istinto Salvaje) to Italian by RadioAzione

Translated from Italian by act for freedom now 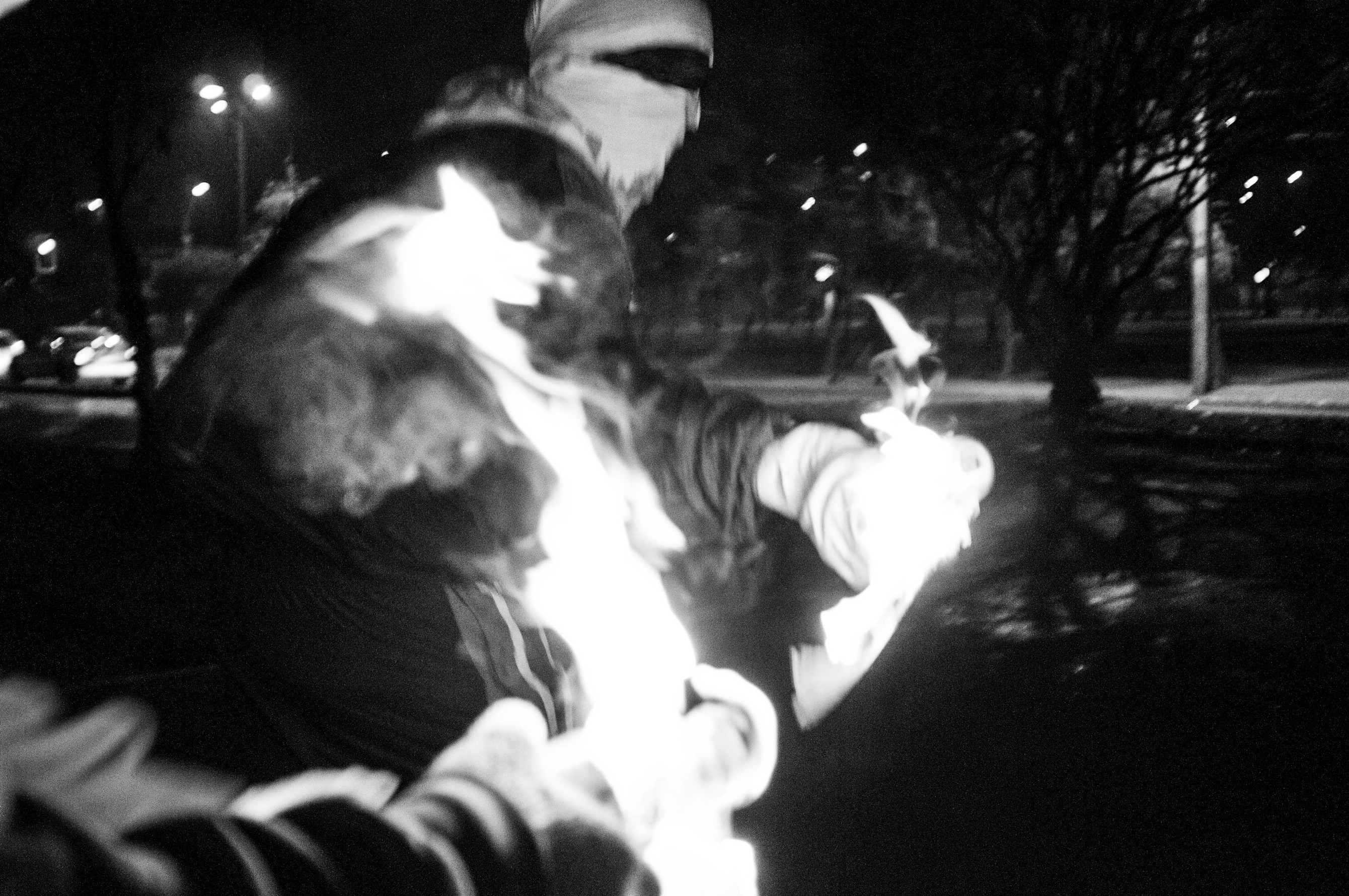 Note of RadioAzione: As this piece of news was taken by the disgusting bourgeois press, please take it with due caution awaiting updates on the case from the French comrades.

Note of Instinto Salvaje: This article was translated from the French bourgeois media and is currently being updated. Our solidarity goes to comrade Damien, as the anti-authoritarian struggle knows no distance when it comes to put solidarity into action and express it with the implacable individualities in struggle against capital.

From France we got news that anarchist comrade Damien Camelio, 31-year old, is accused of having taken part in two incendiary attacks in Tarbes and Pau, and of being a member of the GADI group (Group International Direct Action). Damien didn’t deny his involvement in the attacks, which were carried out on 31st December 2013.

The comrade was sentenced to two-year imprisonment.

Damien Camelio, a French anarchist accused of being the founder and member of GADI, didn’t deny his involvement in two incendiary attacks. He didn’t give any information regarding the organization, its structures and members. He claimed the attacks individually so that another anarchist, also accused of the attacks, was acquitted.

Declaration of the comrade:

‘I claim responsibility for the attacks in solidarity with the imprisoned anarchist comrades and against the neoliberal policies being implemented across Europe. The social elevator is broken. The real terrorism is feudal capitalism that affects an individual’s life since birth, as entire families take to the streets and can’t feed their children, as human dignity is being crushed. Look the terror in their eyes before you judge me (…)

(…) I attacked the symbols of capital and responded violently to my current state of detention. I’m not innocent, literally and figuratively, or guilty. Until the guilt of the real terrorist oppressors is recognized, I won’t be a victim. I’m just an anarchist who joined resistance.’

This is all the information we have on comrade Damien Camelio, and we are waiting for further updates on his case.

Solidarity doesn’t know any distance and remains our best weapon.

Damien, we want you free and wild.

Freedom for all the anarchist, nihilist and anti-authoritarian prisoners all over the world.

To write to the comrade: