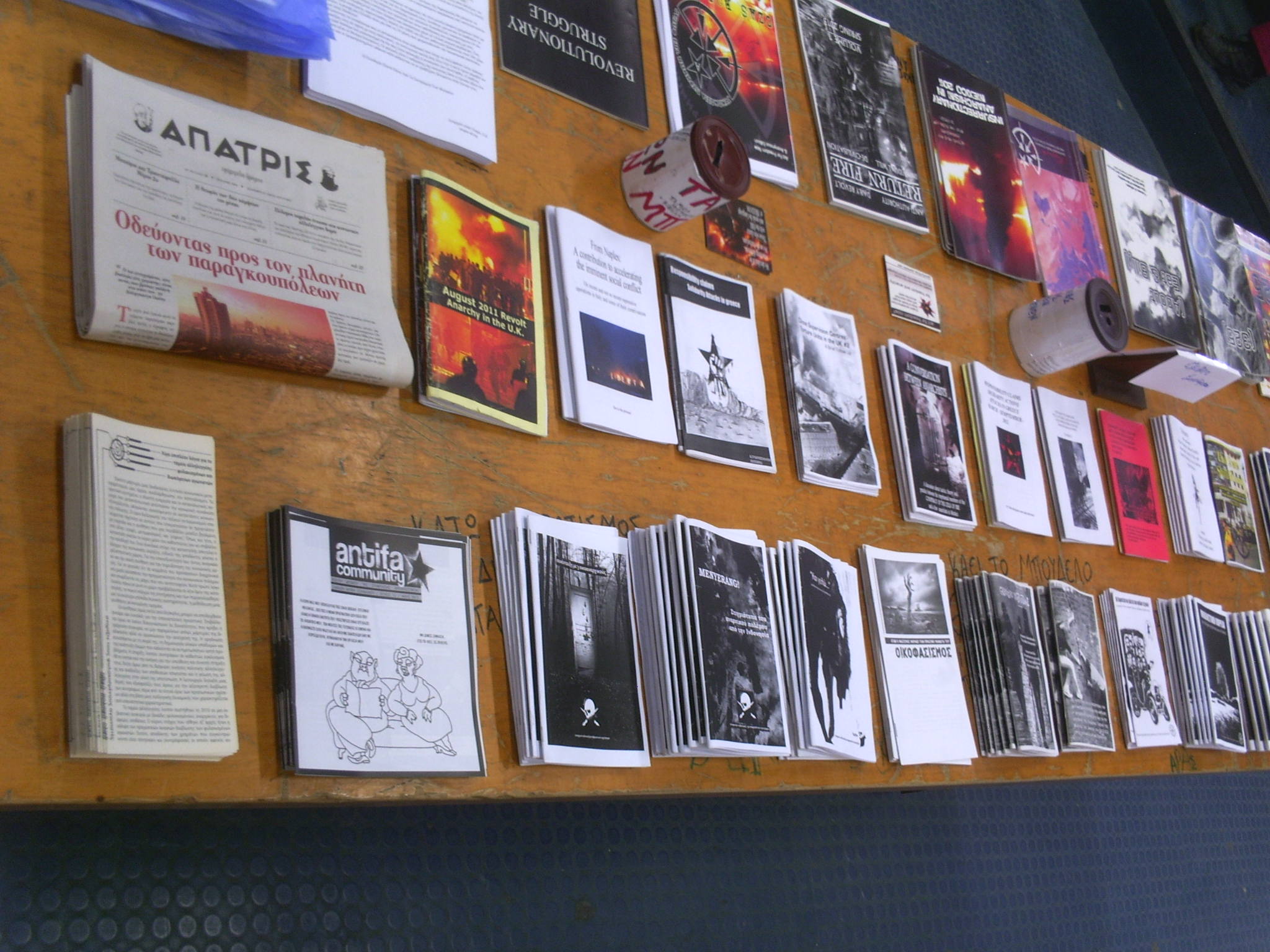 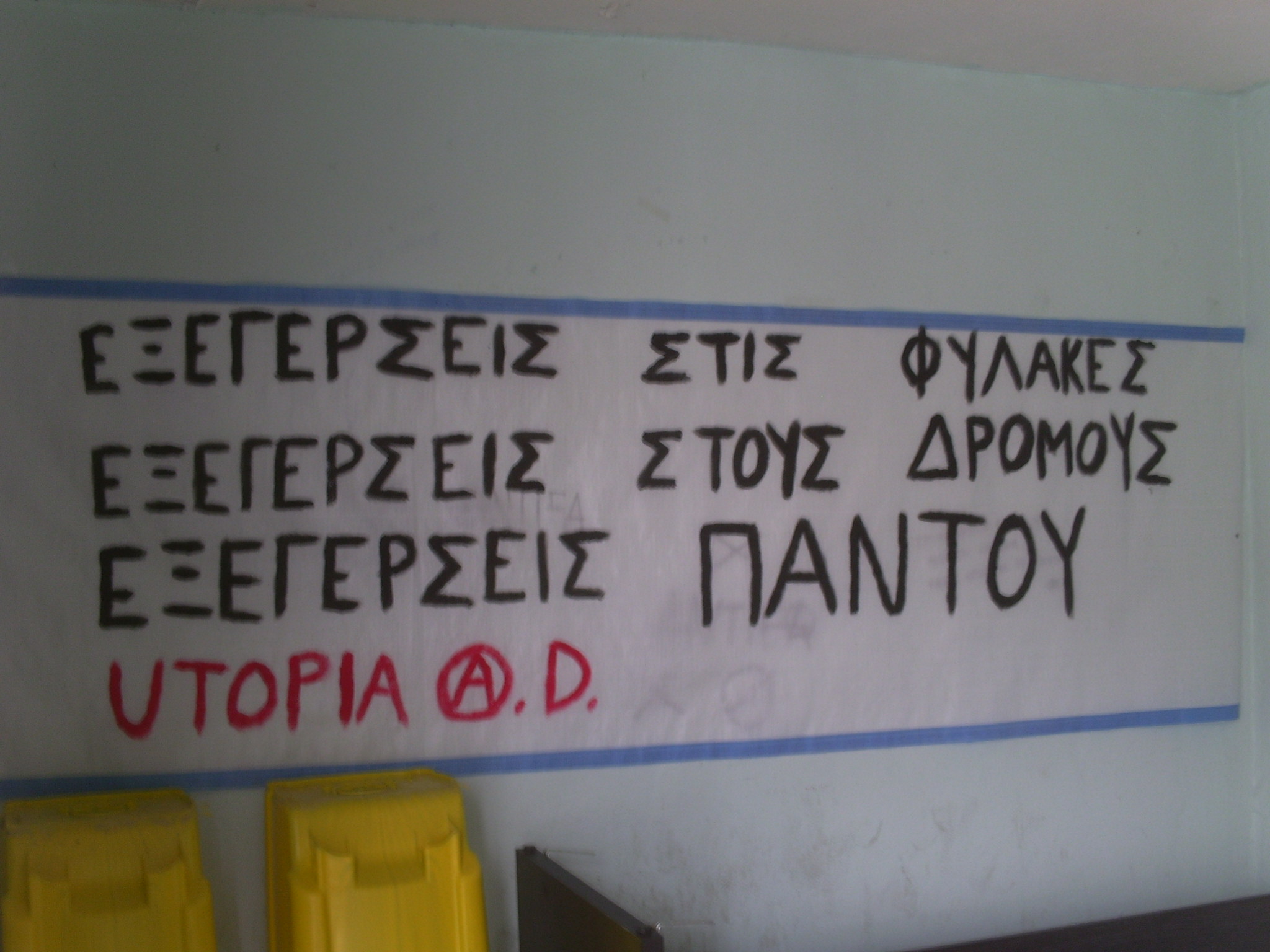 The state after cultivating the fear and hypnosis spreading them until the most active and disobedient groups, combined with poverty and misery, finds a fertile ground of indifference and selfishness in order to put through nazi-like legislations concerning the prisons and their new role.

The cause was given with the escape of Ch.Xiros, in order for the parliament to pass a new legislation for the creation of high security prisons. This new upgrade of oppressive methods of authority has as sole target the “qualitative correction” of the political and insubordinate penal prisoners.

With the new legislation therefore, the prisons are organized as such: in the A type prisons will be held those who are on remand for debts and for crimes on property or wealth without violence. The state however made sure to leave some loopholes (for who we wonder?), since according to the new legislation whoever pays the sum for which they are accused of their sentence could decrease from life down to 3 years.

In the C type prisons will be “hosted” those who were tried for participation in the 17November, those accused of participation in the CCF, people judged dangerous for public safety and the country’s  order, as well as prisoners who have attacked prison guards or have escaped in the past.

At the same time, there will be a special protocol for the rights of the prisoners. The right of leave is completely abolished (it reappears after 10 years of incarceration in the form of an application which we doubt will become acceptable) while there will be strict limitations to all forms of communication with the outside world (i.e. receiving and sending mail, visitation rights).

Also, for the outer guarding of these cells there will be created a new oppressive unit which will reprt directly to the Greek Police. However, the vengeful mania of authority does not end here. The labouring in these specific prisons, which constitute a practice to decrease the sentence, will be carried out by prisoners of other prisons and not those in C type cells. On the other hand, those who choose the tempting path of snitching, it is.. that their persecution can be postponed and they can be released.

Finally, in the trials of those who are hostage in the new dungeons of democracy, the only things that will be said are what the chairman finds substantial. Their aim is the limited defence of those accused  but also the silencing of their political resonance.

For the prisons, which they want to transform into fortresses, a large sum will be spent so much for the specially trained personnel as well as their formation. On the contrary, they refuse to spend this money, for the upgrade of the medical wing of Korildallos prisons, pretending that there is not enough. The conditions of medical treatment of prisoners is inhuman and nightmarish with prisoners piled one on another in a minimal and messy space lacking medical supplies. Thus, people with simple fractures, cancer patients, AIDS patients and other illnesses are all in the same space. Additionally, our poor Greece is one of the 14 countries which fund the destruction of nuclear weapons in the Mediterranean.

Closing we would like to mention that the prisoners are people who happened to be arrested because of mistake compared to the rest. If one considers that everyone has more or less broke the law (from a misdemeanour to a felony) they will see that because of attention or conditions they weren’t arrested. Besides, everyone is a possible murderer. Prisons are the mirror of society where authority put a sheet over and the terrorized subjects simply fear to pull back, settled in their ignorance.

Freedom Goes Over The Ruins Of The Prisons