{Update: 18.3.15 As of yesterday it is reported that a detainee has been beaten at Harmondsworth!

Now is the time to start constantly actions against  the prison complex upon this island and all the private security minions that operate it!} 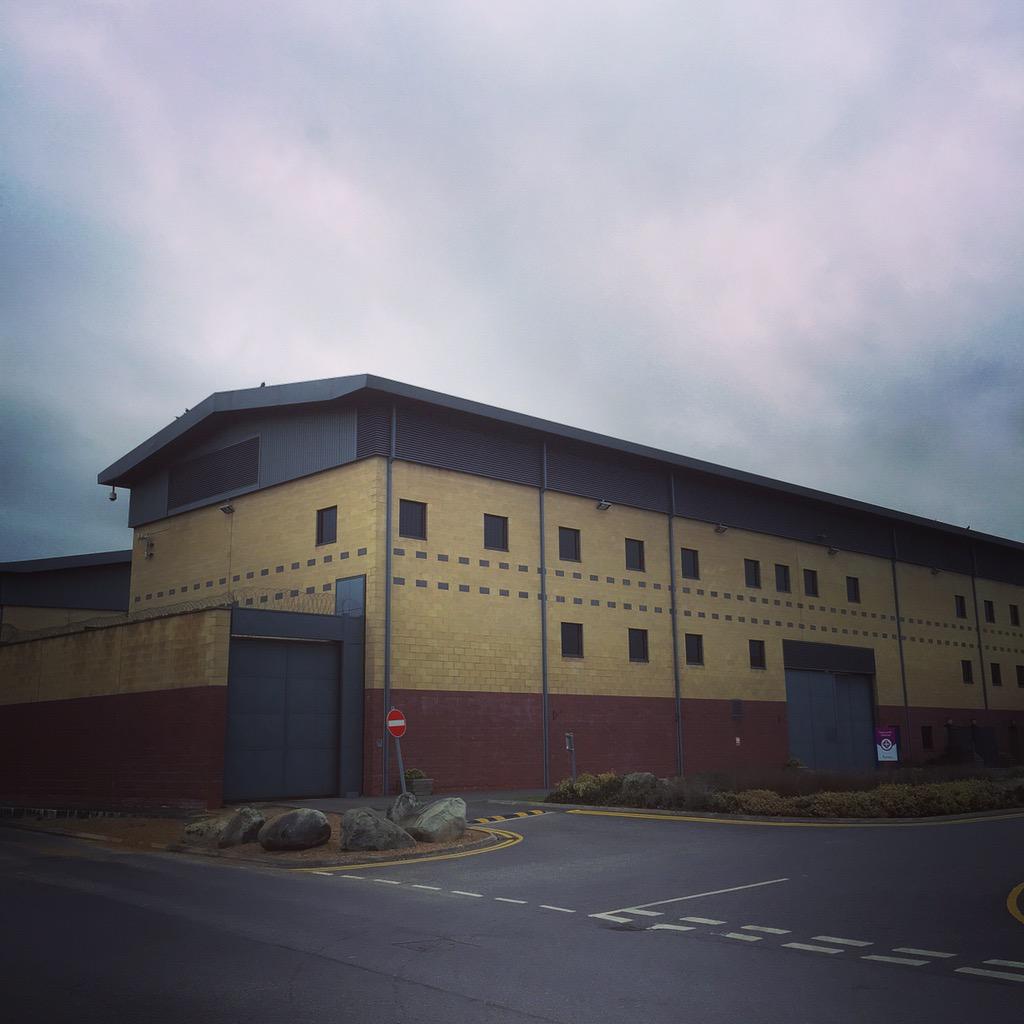 From Athens to Harmondsworth, solidarity with the hunger strikers and all prisoners in revolt.

As of yesterday (Sunday 15 March) we had heard of hunger strikes and other protests taking place in 8 detention centres across the UK, as prisoners started refusing food in Dungavel (Scotland, near Glasgow) and Dover. There is now rebellion in the majority of the UK’s migration prisons.

The new website Detained Voices is spreading the voices of people inside. Here are just a few fragments from the past days, there is much more on that site.

“At Colnebrook, more than 20 people on hungerstrike. And we go outside but they officers have closed the doors and we can’t go outside. I’ve strike for 5 days and no one has asked about us. No one cares. We eat or no eat, release or no release no one cares. It’s very bad here. You can’t believe it. It’s very bad for everything.”

“They don’t care what we are doing inside. We are dying. Because of protest yesterday, one of my mate went to hospital because of that, because he got ill. He started vomiting because he was not eating. He was on hunger strike, he got ill, and started vomiting, and now we don’t know where he is.” …

“We are not eating in Dover Detention – we having a strike. There are half of the people are already on strike. We are organising and talking with all the people. We are human beings.”

“Around 60 people have been on a foodstrike since Monday in Dungavel. They are not eating because they are upset at the way they have been treated for a long time. W want to see the immigration minister and we want to talk about a lot of things that have gone wrong. There are lot of things to ask:

Someone has already been to hospital and they’ve put him in a secure room for monitoring.”

“There are about 70 people are still protesting in Dungavel. They are refusing to go to the kitchen to eat. There was a protest from people outside. There was the police and STV. We can’t really see them because of the walls but it is good to hear them. It shows the message is getting across, what we are trying to achieve.”As these statements make clear, the approach of the prison authorities is brutal force and isolation, knowing that few will hear the voices coming across the walls.

Prisoners ask again and again that we spread their words and make more people know what is happening inside these largely forgotten prisons.

Just a small group or an individual shouting across the walls can help boost the strength of those on hunger strike. At most UK detention centres it is still possible to get close up to the cells where people are kept, so we can communicate visually and with sound.

But the border regime is all around us. We can attack it ourselves wherever we are.

The UK Home Office has signing and admin offices, holding cells, and bases from which they launch dawn raids, in many towns. Here is a list of some addresses for their “enforcement” teams.

Much of their work of running the detention centres is contracted out to private companies including Mitie, G4S, and Serco, which also have offices across the country and globally.