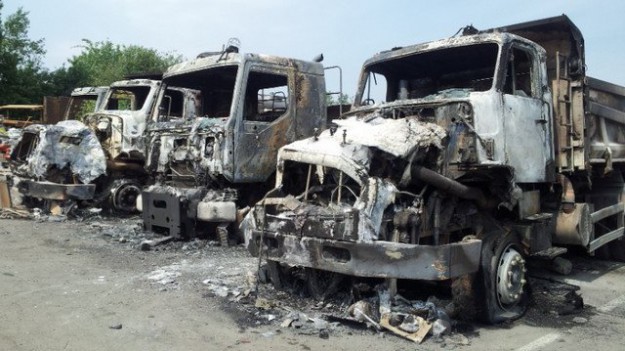 In Limoges, France, in the industrial zone of Magret, flames ravaged ten trucks and three sheds belonging to Eurovia, a subsidiary company of the Vinci multinational which is particularly involved in the construction of new prisons, as well as developing the devastating project of the Notre-Dame-des-Landes airport.

The vehicles were stationed in two storage areas twenty metres apart. Ignition devices were placed on the truck tyres. They consisted of a bottle filled with petrol with a candle and a firelighter. The damage is estimated to be at least one million euros, not counting the long delays at the construction sites as a result. Build cages, get back our rage