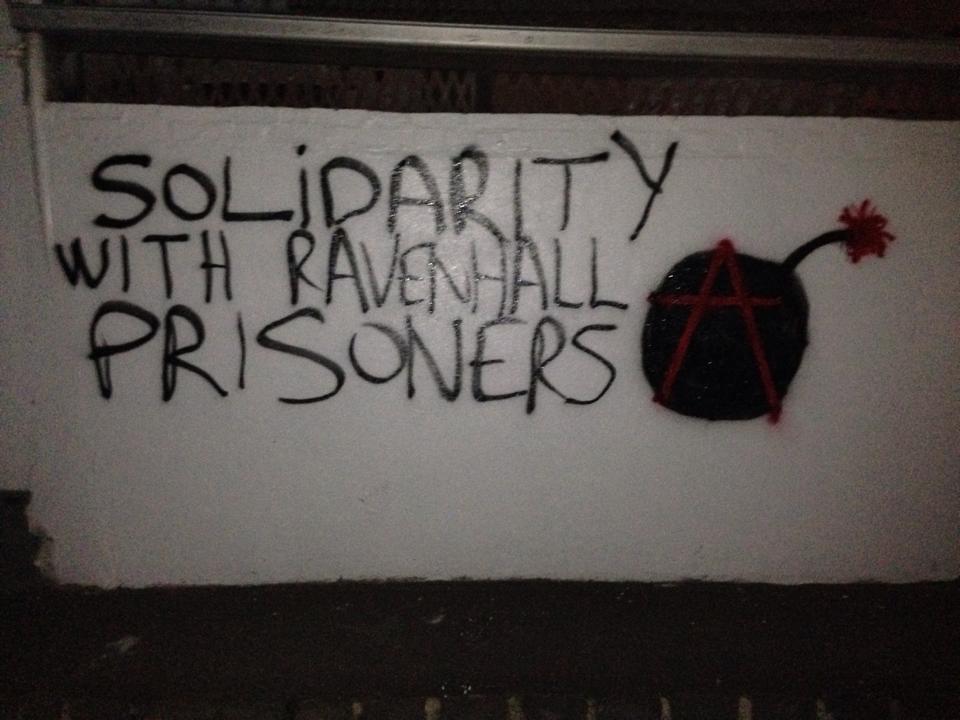 Melbourne, Australia, 01.07.15: Hundreds of prisoners at the Metropolitan Remand Centre in Ravenhall have rioted in response to a state-wide ban on smoking in all of the state of Victoria’s prison hell-holes. The prisoners attacked screws, lit fires, rammed an exit door, torched prison vehicles and stormed a control room during what the cops are describing as one of the biggest prison riots in recent history. All prison staff were evacuated from the prison and heavily armed police goon squads entered the prison deploying tear gas in an attempt to suppress the riot. The riot began at around 12:20PM on 30.06.15 and continued until 03:00AM on 01:07:15 when the cops finally suppressed the uprising. There are reports from the corporate scum media that several prisoners were injured in the riot and that at least 2 screws got battered. As a result of the riot the entire prison system in Victoria is now on complete lockdown.

Solidarity and strength to the Ravenhall rioters who kept the screws and heavily armed cops at bay for almost 15 hours armed only with makeshift weapons, their fists and a fierce will to resist!