The court in Leipzig was attacked in solidarity with all those affected by repression, whether incarcerated for carrying out acts for getting by (theft, ruses in supermarkets, robberies …) or attacks against domination (attack on a comico, patrol vehicle arsons, etc …)

“The court in Leipzig was attacked on August 14, 2015. The tools were various fire extinguishers filled with paint and hoods for sufficient anonymity. The intention was the solidarity struggle against repression and marking of the court as the crystallization point of State repression. Paint was used because it is difficult to remove from the old stones of the building.

We believe that repression is not only the State’s attack on emancipatory movements as we can observe quite rightly in Leipzig (proceedings against the opponents against the LEGIDA racist movement march or the arrest of 6 people on Thursday of last week accused of the attack on the police station of Eisenbahnstrasse).

Repression affects many people and is a founding pillar of the social order. Repression is on the one hand the constant threat of violence and on the other its realization. Racist police checks every day in public places and railway stations are only the visible tip of the iceberg. […]

For us, this action is directed against the greyness of everyday life, against repression and the State.

Solidarity with all those affected by the repression!

For emancipation and social revolt! “

On the night of 11 to 12 August in Bremen, a pub on the corner of Verdener strasse frequented by neo-Nazi hooligans at Peterswerder was attacked: paint of different colours was projected against the facade and windows were shattered. The tag “no bistros for Nazis” was also written on the front of the bar.

Recently, neo-Nazi hooligans organized an attack from the bar against antifa Ultras after a football match at Weserstadion. Following this attack, the antifascist Valentin was imprisoned.

On August 6, 2015, a vehicle of the energy company ‘Vattenfall’ parked in Pintschstraße at Friedrichshain went up in smoke. A ‘Mercedes’ car parked next to it was also damaged after being licked by the flames. This company is regularly targeted with similar attacks.

Berlin: patrol under a rain of stones

During the night of Friday, August 7 at around 2:30am, a police patrol came under a rain of stones in the district of Schöneberg. The damage to the police vehicle is considerable. The group of rioters, dressed in black and wearing balaclavas, managed to escape by running towards Gleisdreieck Park.

Leipzig: police patrol vehicle on fire …. and the business premises of ​​the head of the racist party ‘AFD’ ransacked 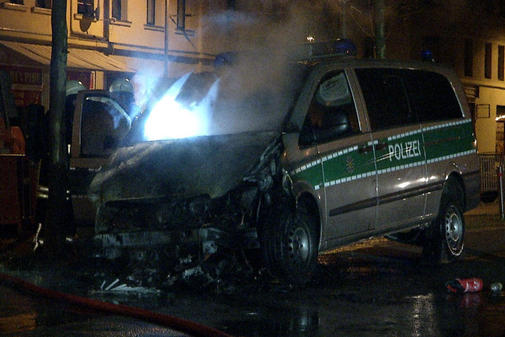 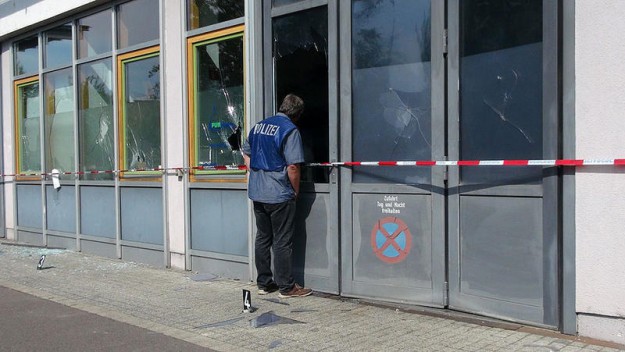 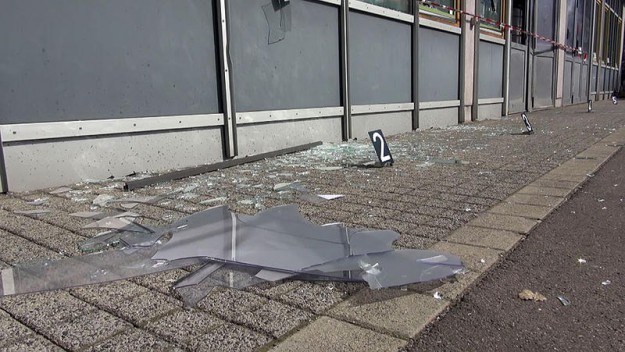 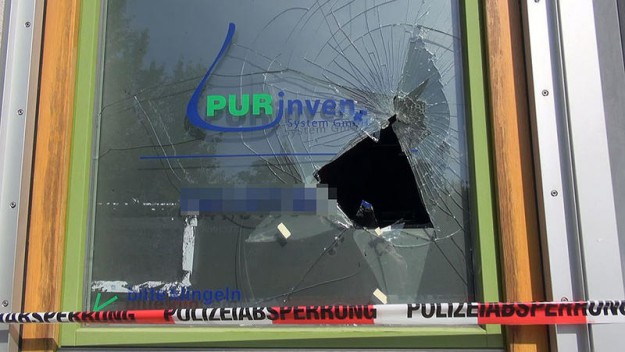 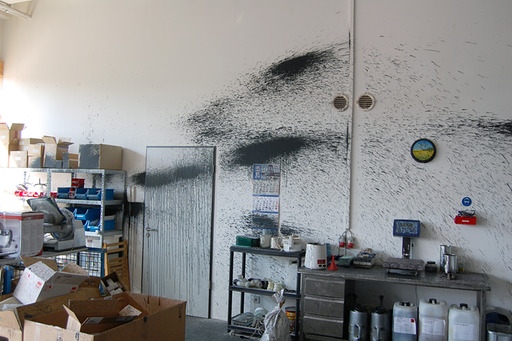 In the west of the city in Weißenfelser Straße on Thursday, August 6 around 2am, the local business of the federal head of the racist party of AFD Frauke Petry (and CEO of the company targetted) was attacked: as well as the oil-change oil spilled over the facade, windows were smashed, the inside the premises ransacked and a vehicle of a security company parked outside damaged.

An hour later in the east of the city, a police car parked outside the police station of Eisenbahnstrasse was set on fire. Unfortunately, the cops got hold of six people accused of the fire. Aged between 16-23 years, three of them are unknown to the cops. The cops are trying to pin on them the various attacks that took place during that same night.

The police station in question was opened there about a year ago to allow the cops to have an increased presence in this sector and to be able to intervene more quickly. It has already suffered several attacks. Last year, two officers were assaulted while they were on duty and the tires of a police car had been slashed.

From the press via linksunten indymedia