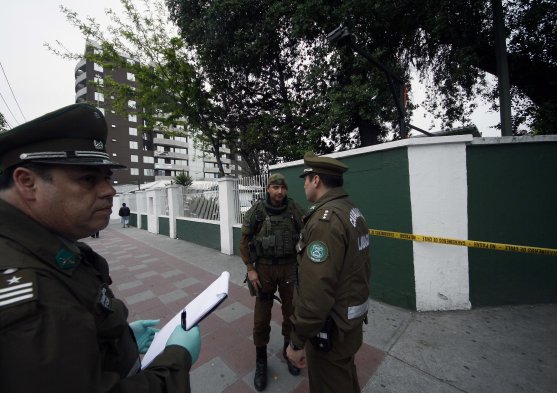 On 29th October 2015 at dawn, unknown hands placed an explosive device made with an extinguisher full of gunpowder in the vicinity of the 12th police station in San Miguel; the action was carried out at about 2am.
The bomb was placed in the corner between Grand Avenue and Alvarez di Toledo, in the vicinity of the appeal courts of San Miguel and Fiscalia Sur, more precisely in front of the gate of the police station.

The bastards on duty in the police station noticed a suspicious bag and activated the security protocol.

GOPE (Grupo de Operaciones Policiales Especiales, Special Police Operation Squad) promptly intervened to remove the device without detonating it, and took it to its labs in Cerrillos for testing. Finally Renato Avellao, the fucking colonel of the filthy police institution pointed out that ‘there are security cameras outside police stations, and footage is being examined to identify the person who left the bag containing the extinguisher outside the building. The incident occurred in the early hours of the morning.’ 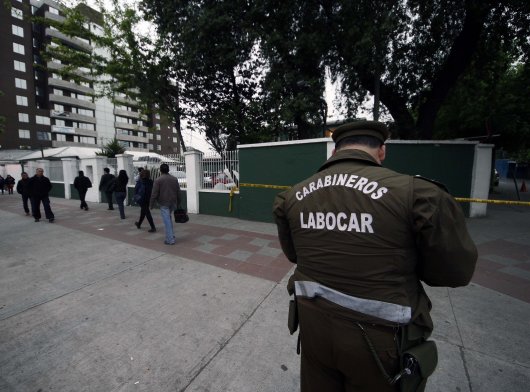 via: croceneranarchica.
Translated by act for freedom now