In the early hours of Wednesday, April 27, 2016, at about 2am an anonymous shadow approached and left an incendiary device in the doorway of the Circle of retired prison officers located at José Toribio Medina #72 and Erasmo Escalo, in the middle of the Brasil neighborhood.

The drum of gas along with two butane gas canisters, more cables, and a battery, was successfully activated, burning the door and part of the facade of the facility which shelters miserable torturers in their retirement.

Arriving at the place were personnel from GOPE and LABOCAR, investigating the remnants of the device, blocking the streets and performing police work until close to 7 am.

Pamphlets were not found left there and at the moment no group has claimed the incendiary attack.

Video from the press. 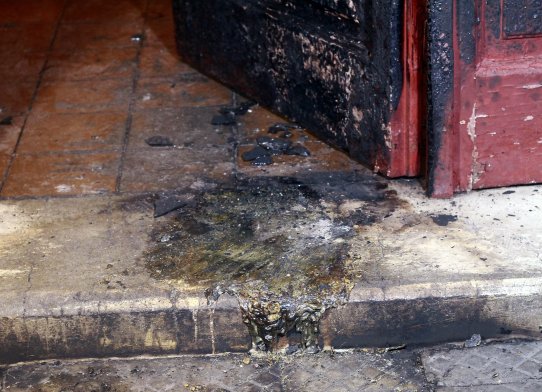