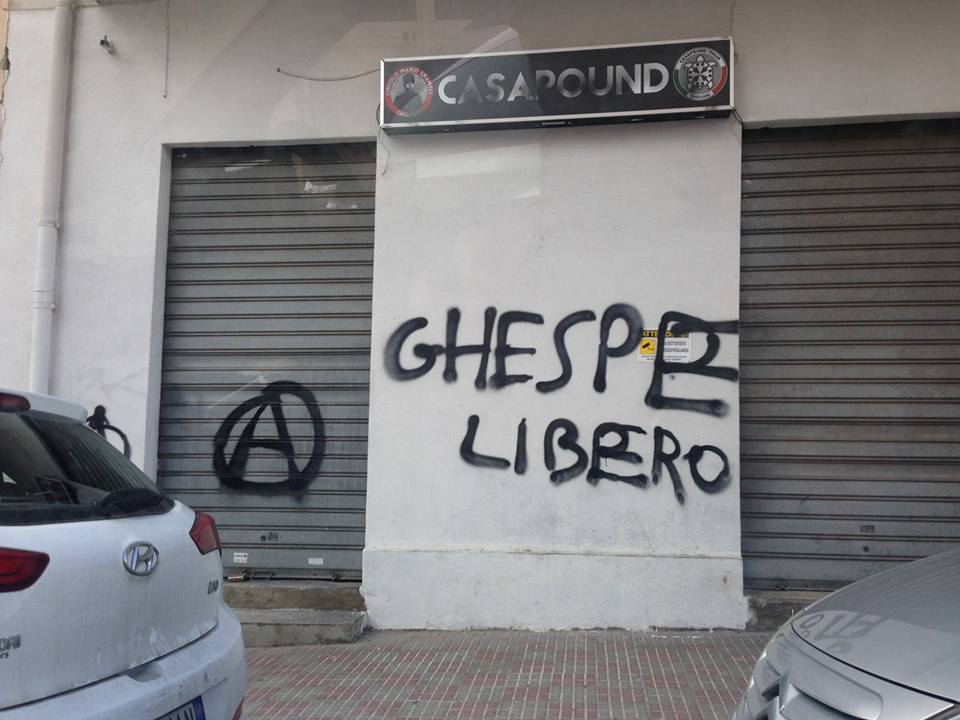 From the internet we learn that the premises of Casa Pound in Cagliari have been damaged.

Someone left graffiti on the wall, reading: “FREE GHESPE”* – “EVIL PEOPLE” – “FRIENDS OF THE COPS” and two encircled As.

A plaque was also trashed and two cameras that had been set up about 10 days earlier were removed.

*Ghespe is the nickname of anarchist comrade Salvatore Vespertino, Nugoresu transplanted in Italy. The comrade was arrested on 3rd August 2017 along with other anarchists since released. He is now the only one being held in prison (in the Florence prison of Sollicciano), accused by the Florence prosecutors of having fabricated an explosive device that exploded on new year’s eve in 2017 outside the bookshop “Il Bargello” linked to Casa Pound in Florence, which was seriously damaged. A State police bomb disposal expert was injured by the explosion, losing an eye and a hand. The comrade is accused of fabrication of explosive devices and attempted murder. He is being held on remand, the investigation is still open and the trial date has yet to be decided.

Translated by act for freedom now!