When you evicted the Hambi, when you cut those trees, when you destroyed this houses, when you arrested people, when you took our mates to jail, did you really think we won’t revenge?

The company Wasel got attacked yesterday night, with six incendiary devices placed on six vehicles, because they gave their machinery to RWE, because they made it possible for the police to evict the forest, because they are part of a system we hate.

We are forced to live with a rotten reality, on a reality of winners and losers where the cards are never mixed on our favor, where rich people get richer while ecosystems die, that makes us sick, that never changes. So our only answer can be to stand up and fight, to prove there’s something different to be done, to revolt and destroy everything that destroys us.

This forest might fall, but we won’t. The struggle against authority and ecocide will not be over. There were other people before us and there will be people when we will be gone. As long as our will of freedom wouldn’t be satisfied, the ones that are stealing it will not be safe. 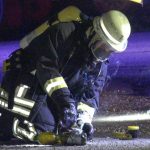 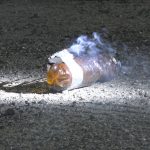 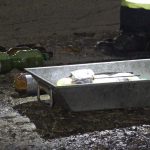