An evening attended by dozens of people was held at the UQAM [University residence and hostel] in Montreal on Thursday, November 1, 2018. The atmosphere quickly became festive, with the blossoming of tags and the destruction of surveillance cameras.

“The police were called yesterday around 9:50 pm for a conflict or some kind of riot. When the police arrived, everyone had left the scene. The event is being investigated and there are still no suspects identified”, Montreal police spokesperson Andrée-Anne Picard told the .

In all, six cameras were destroyed during the rampage. UQAM estimates that “70 people participated in acts of vandalism”.

Among the tags that appeared in the corridors of the second floor of the Hubert-Aquin Pavilion, as well as in some other premises and on windows, several targeted the media and the firm Garda, in charge of security at UQAM:  “Make riots, not strikes,” “Neither homeland, nor State, nor Quebec, nor Canada “,”Put down the cost of my UQAM “,” The university is the beginning of the end” or anarchist symbols. 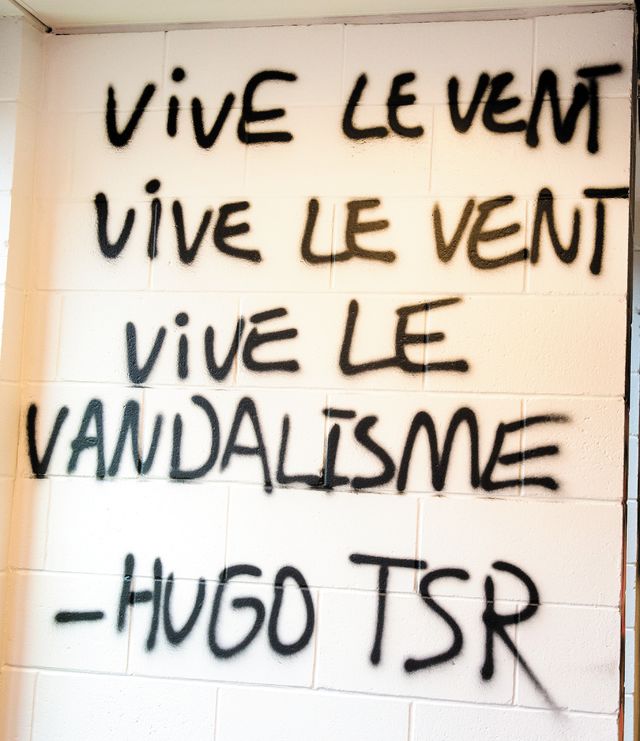 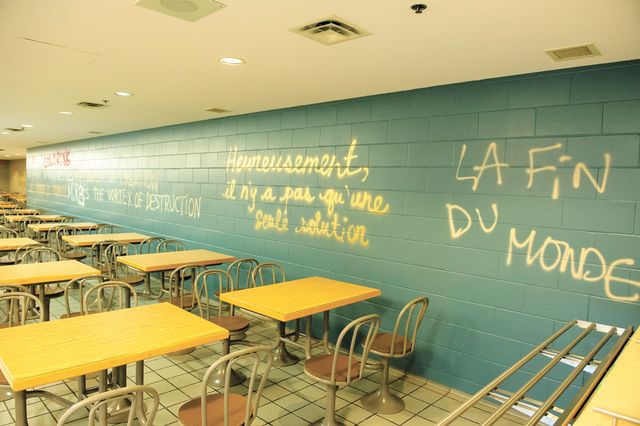 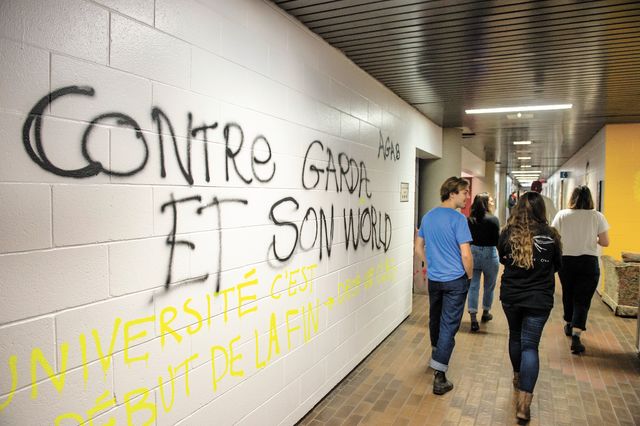 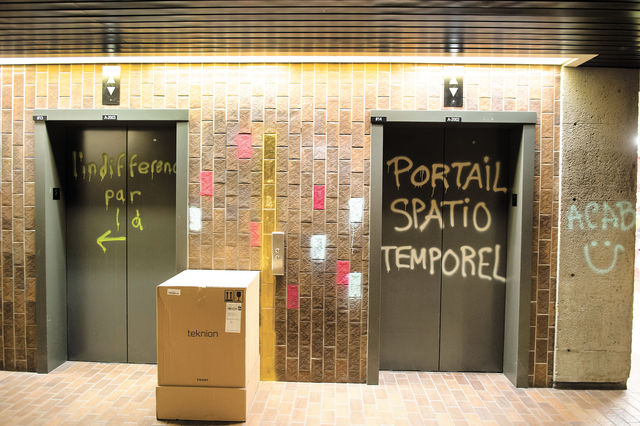 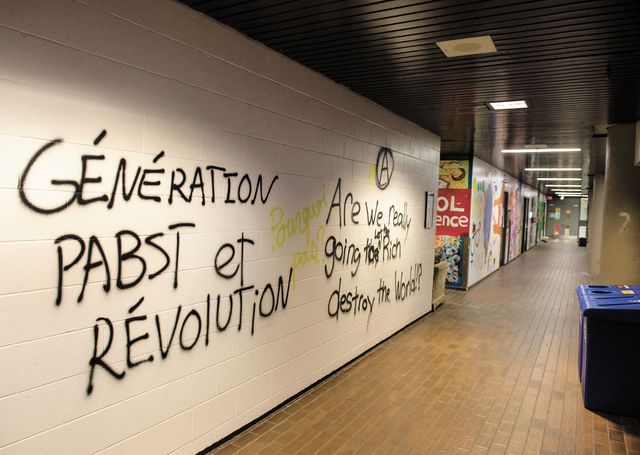 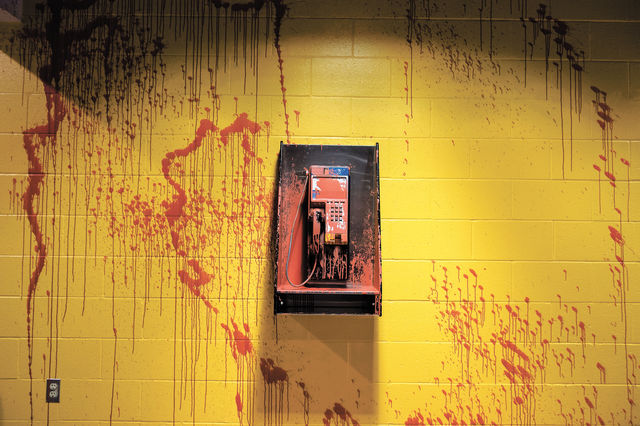 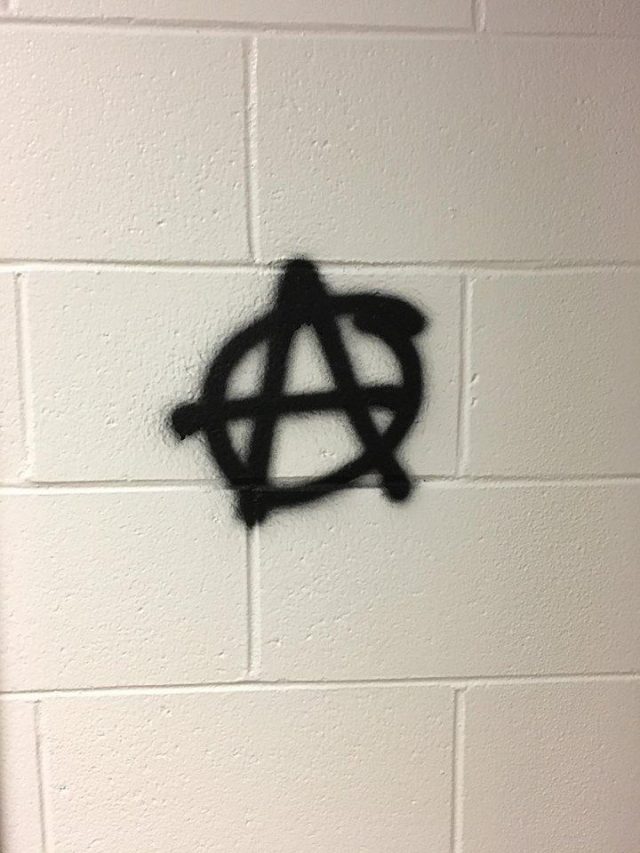 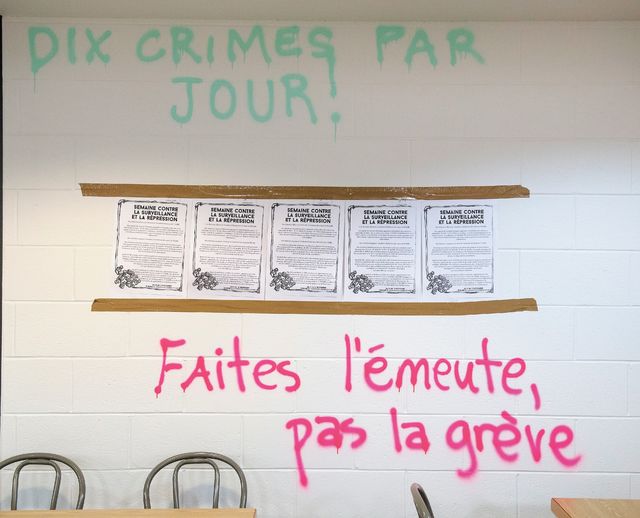 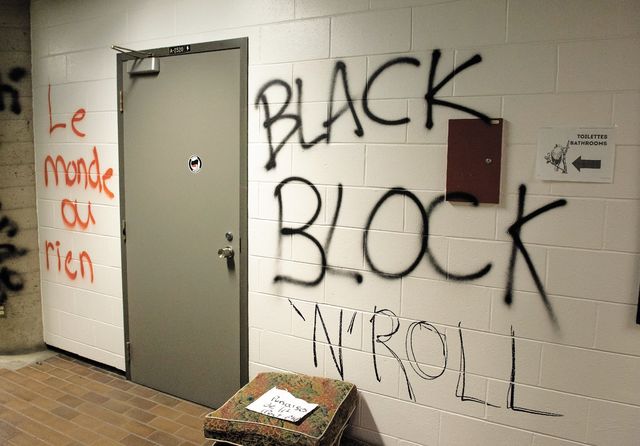