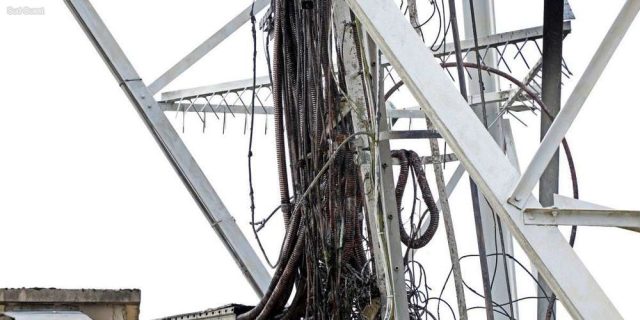 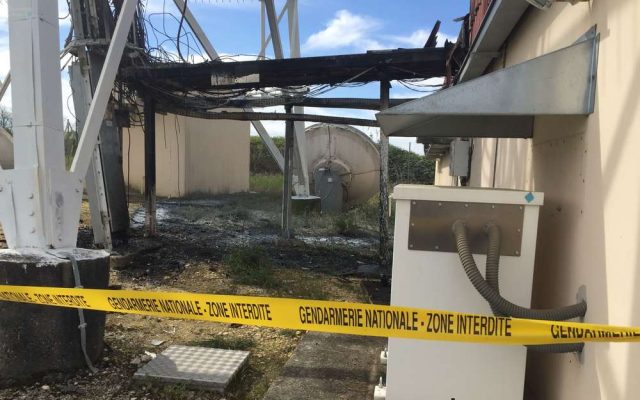 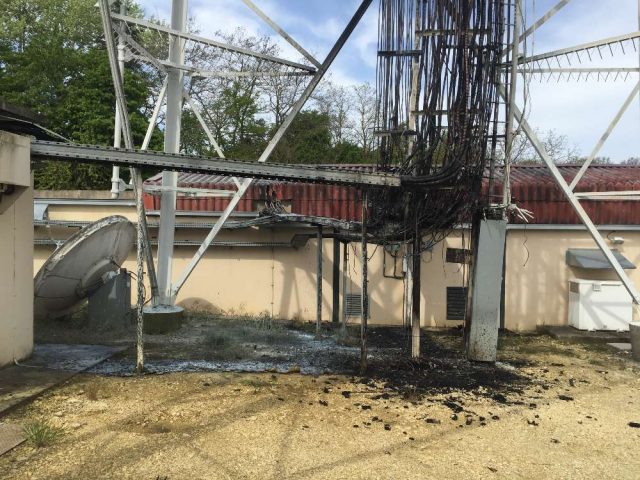 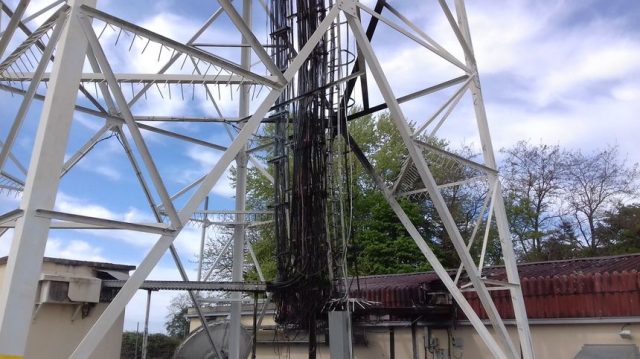 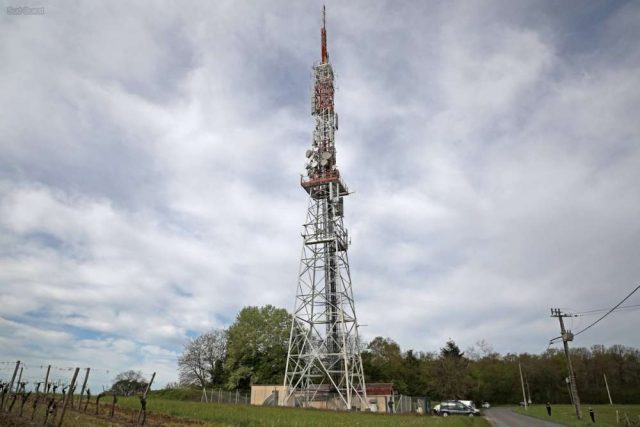 The fires against TDF sites and telephone relay antennas continue in the Hexagon, almost reaching Angoulême in the night of 16 to 17 April 2019 this time:

TDF, owner of the Saint-Saturnin site, are hoping for a recovery of TNT « by the beginning of next week », which will mean 6 days with no TV !

The SFR operator has been struck in particular: « About fifty of our antennas in Charente are connected to the Saint-Saturnin antenna », explained Guillaume Fauré, south-west regional delegate for SFR. The situation is the same for Bouygues Télécom, who share the same network.

Radio France have resumed emissions, because a transmitter has taken over to replace  the affected one. Criminal origin being suspected, the gendarmerie investigated on the spot all day Wednesday.

It was in fact 4 o’clock in the morning of 17 April in the small village of Saint-Saturnin, not far from Angoulême, when the almost 30 metres high flames ripped the night. Hundreds of metres of cables melted from the heat on a TDF master antenna that is part of the backbone of its main network (i.e. serving several other transmitters in the secondary network in more remote areas).

Result? Over 150.000 people in the whole area (as far as Angoulême and Cognac) have neither television or 2G/3G/4G mobile phone networks (particularly Bouygues et SFR), and all the antennas of Radio France were disturbed and unable to transmit. And these interruptions lasted more than 48 hours.

“The antenna is located along the RD 41 at the level of the commune of Saint-Saturnin. It allows the coverage of the telephone network of the four main operators (Free, Bouygues, SFR and Orange), but also to receive the TNT and capture the frequencies of Radio France. Firefighters from la Couronne and Angoulême were quickly able to overcome the fire. But the flames still burned the electrical cables and the roofing of the annex building” (Sud-Ouest, 17.04.2019).

Raphael Longour, southwest manager of TDF, announces in the local newspaper (La Charente Libre, 17/4): “This is the first time that this has happened to us here, but lately several of our sites have been affected”. “Malicious acts” add journaflics, noting that “the return to normal looks long and progressive”. Well, friends of poetry, in the face of all these pretty shows of (all but) spontaneous combustion given since December in Vendée in Cevennes, Gironde in Isere, Dordogne of Doubs, Jura at Charente, does the adage in terms of festive festivities not say that the more crazy we are the more we laugh? In any case, it is not the material that is lacking, either in the green valleys or in the dark metropolises …