New mail in the mailbox of the big game

On Va les Chercher Chez Eux  [Let’s Go Find Them At Home] this morning. A new target has been struck! Happy reading… 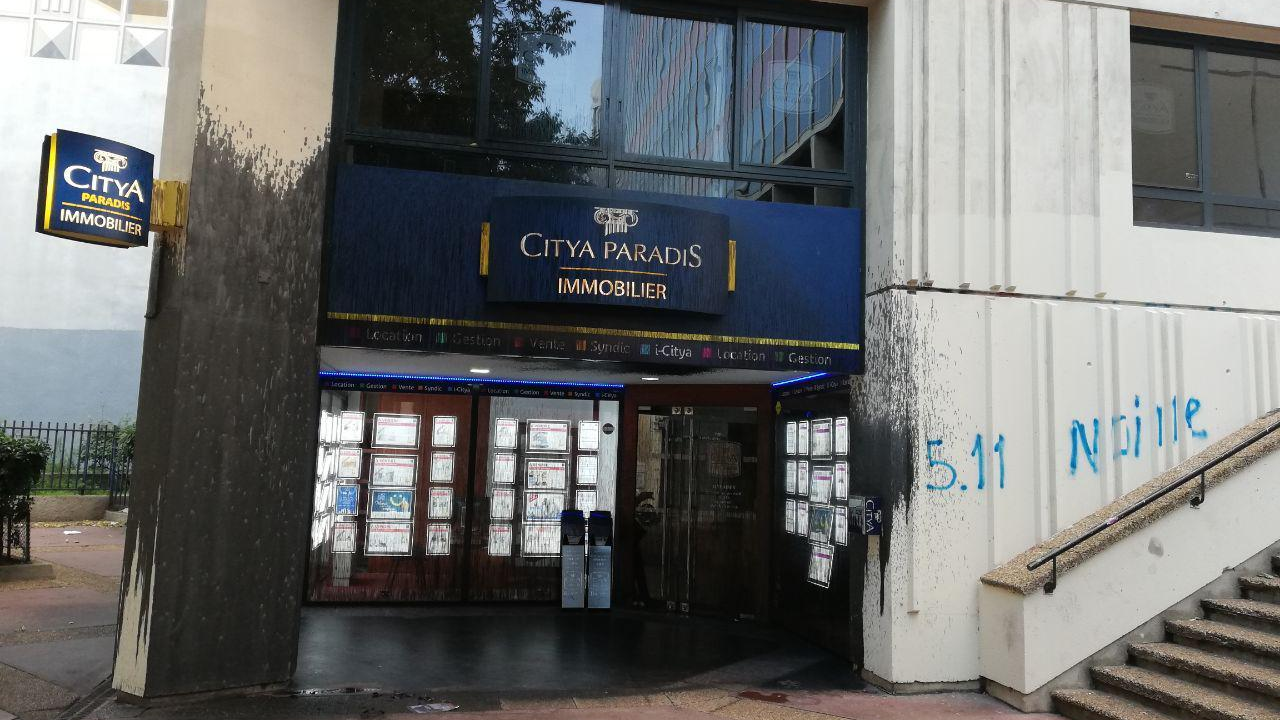 As we’re leaning on the bars still open at this late hour of the night savouring our last sips of beer or liqueurs, or sitting outside our favourite snack bar, shadows appear in the dark. They seem to have a marked-out path, a well-defined goal, a mission. Driven by the same desire, in one move they take aim and let fly. Joy grabs them at the guts and they salivate with pleasure. They have joined in the Big Game. Cool.

The estate agency Citya Paradis isn’t exactly known for the quality of its service. With 2 895 439 € turnover in 2018, it is involved in the management of several buildings with Dangerous Building ordinances. More speculators who don’t hesitate to make money on the backs of their tenants. Have you heard of estate agents’ visits to several apartments in Noailles following the building collapses? The inhabitants were expecting (finally!) an evaluation of the work to be done to make their housing habitable. In fact, the scoundrels had only come on a business visit to take pictures of the view from the windows to assess the value of the place once the inhabitants are evicted, real works undertaken and a well-to-do population put in their place. Cynical… It’s no surprise that the collapses did not prevent the smooth running of their economic plan. With the agency’s turnover, it would be hard to give it the benefit of the doubt. Interference? No no no. Real contempt for our lives, our neighbourhoods, our needs.

Thierry Hugonnet, manager and director of the national company Citya, to which the agency is attached, guzzles dirty money. An accumulation of millions calculated, planned, at our expense. Who continues. For the time being. That night, a first humiliation. A first paving stone thrown. 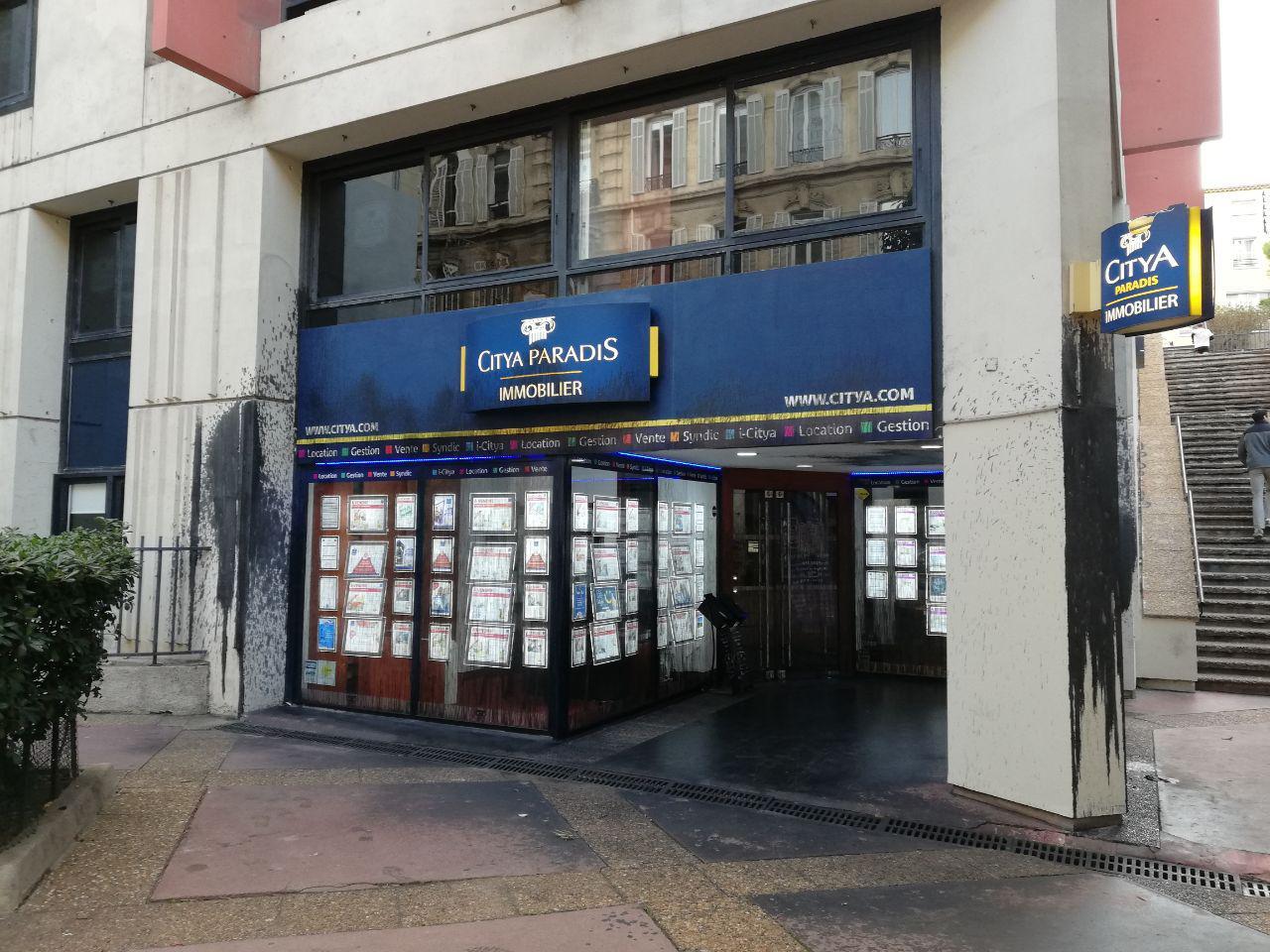 What is good about the nightlife is that it offers multiple possibilities for festive, collective, subversive activities … Let’s savour them and never stop enjoying them. The collaborative menu offers us ever more dishes and revenge is a dish you eat with samurai sauce. Let’s play! OVCCE: play, fight, win.

Still a few days to November 9! 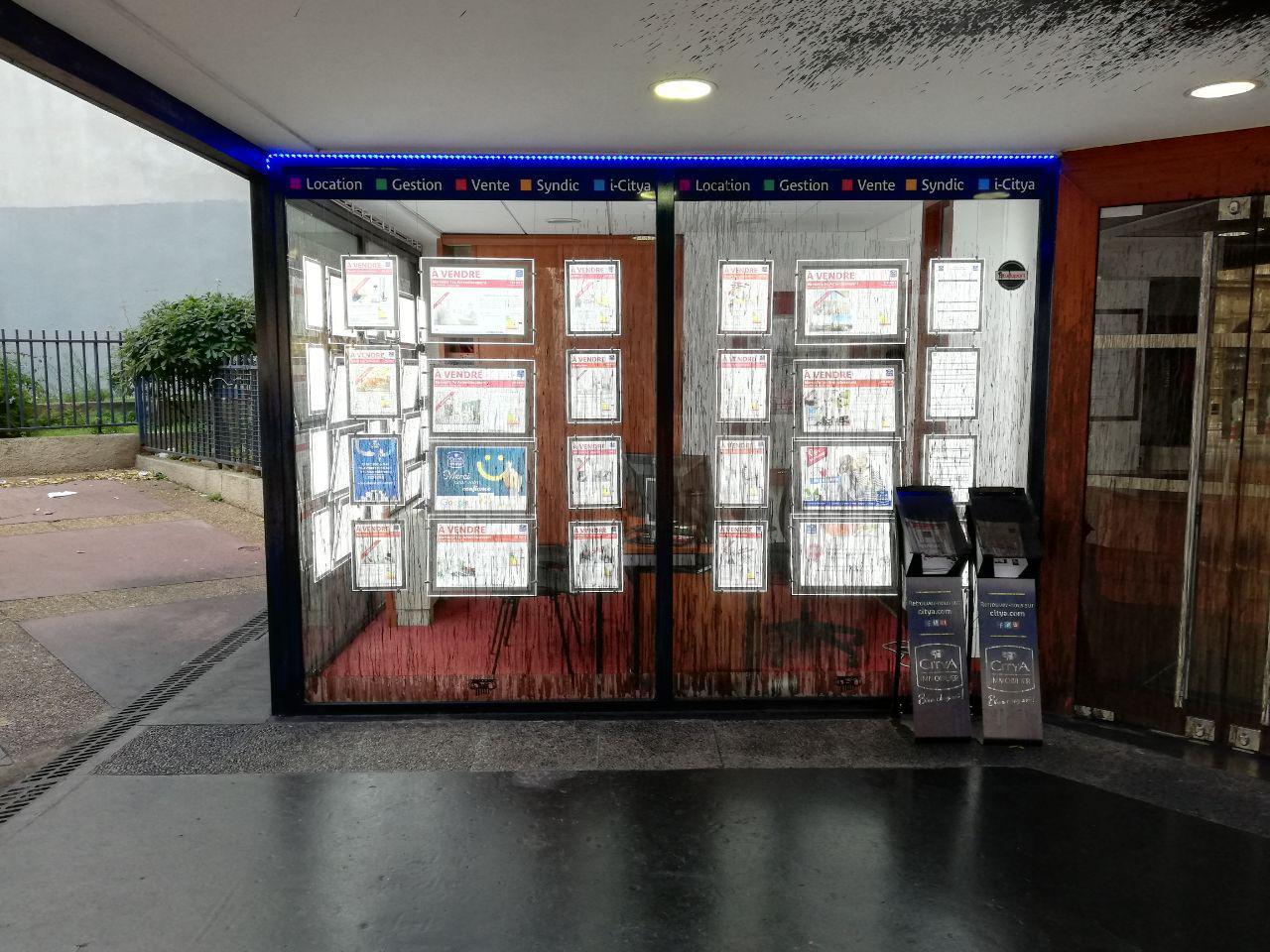