Today 22 december, Villa Kouvelou was resquatted with a lot of people. We left organized, we decided to make a demonstration in the streets of Marousi and at the shopping center in Marousi. After the demonstration, cops from OPKE and riot cops from MAT attacked without reason. They threw tear gas on the people doing their shopping at the shopping center. Most of the people left all together but there is no image nor picture of this moment.

More news will follow with a full translation of this communique.

Some pictures of the re-squatting today and from the demonstration that happened today in Marousi. The demonstration was attacked by the riot police, next to the Marousi train station. 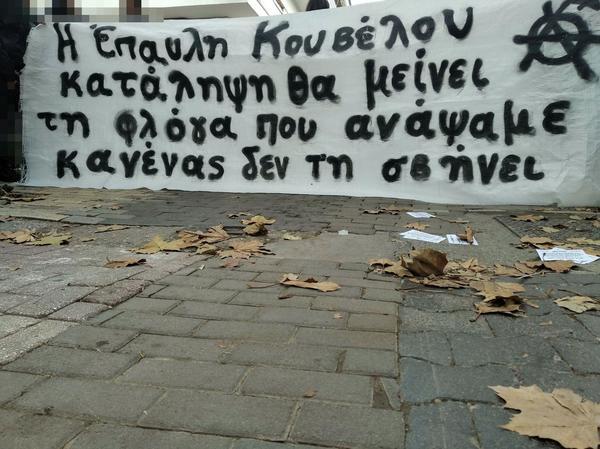 About the undercover cop

The propaganda machine of the government claims anarchists were beating up an old man during the riots. The police itself started throwing tear gas without reason in the shopping center.
The 45 years old man is an undercover cop who is keeping his phone in one hand and the radio in the other one. He was trying to take pictures of the people. The comrades were hunting him and he ran like a rabbit back to the riot cops seeking protection. 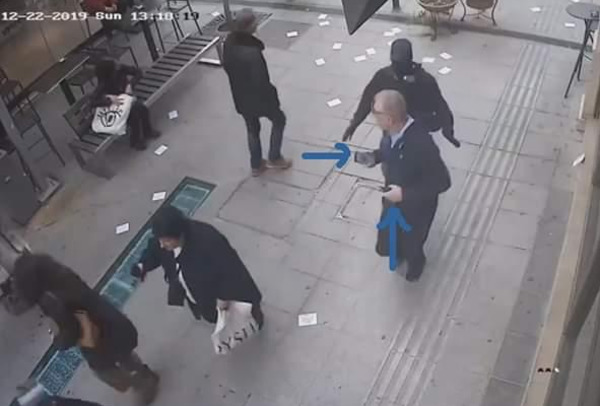 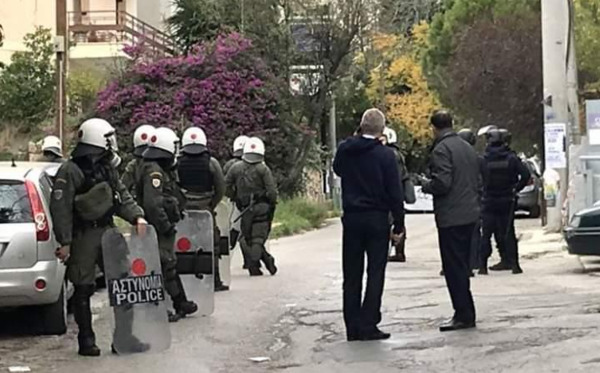 On 23 december, riot cops failed to evict again Villa Kouvelou. The same day, there was a demonstration in Koukaki with 400 people. The police station was repainted without reaction from the police. The demonstration ended without trouble. 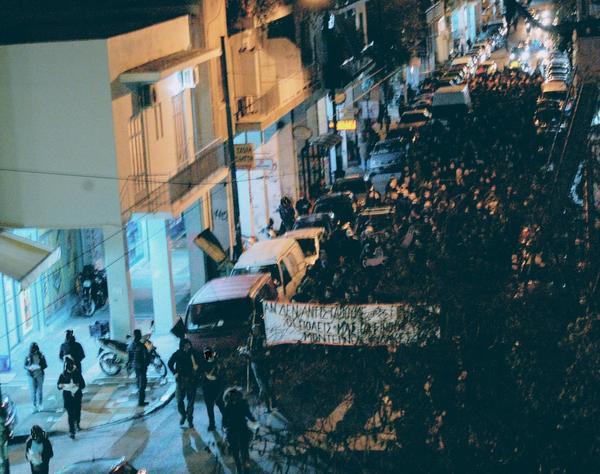 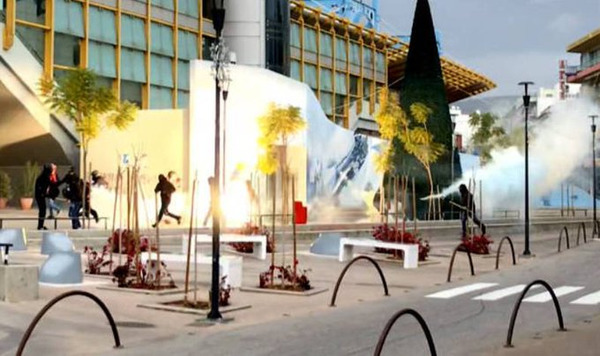 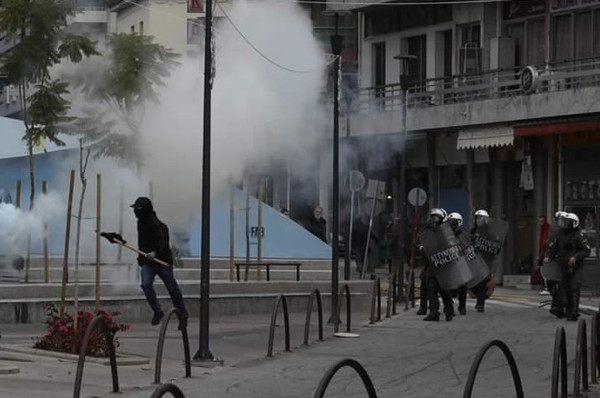 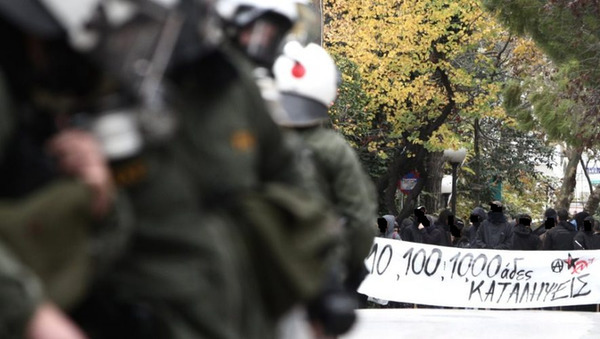 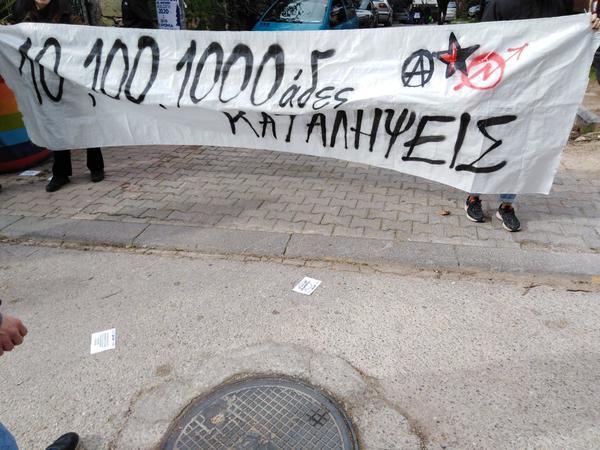 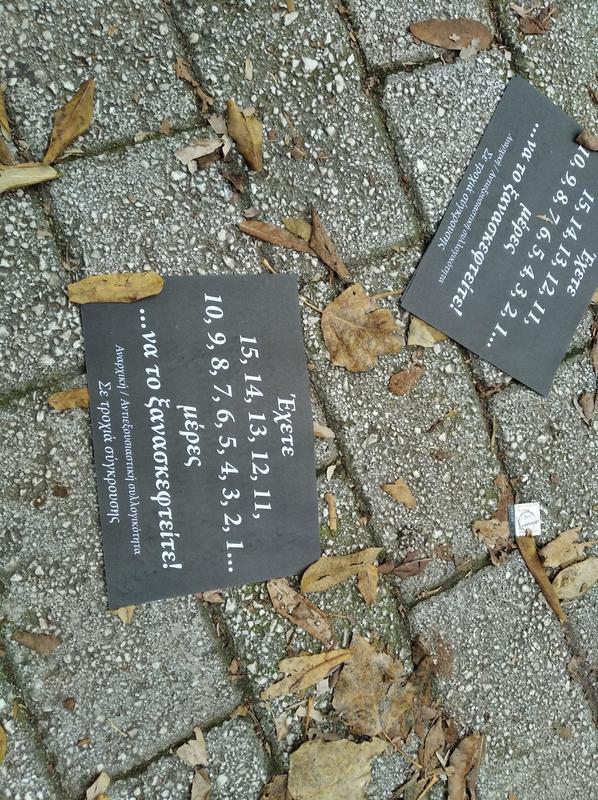 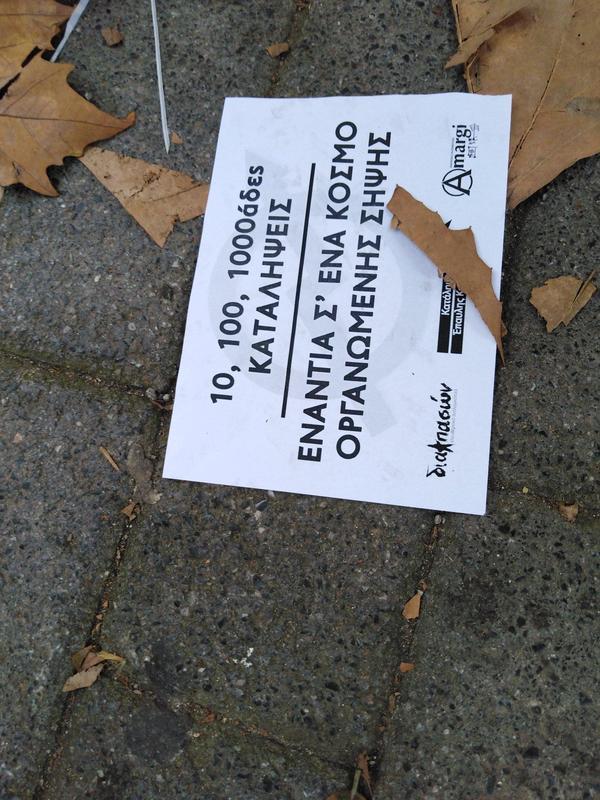 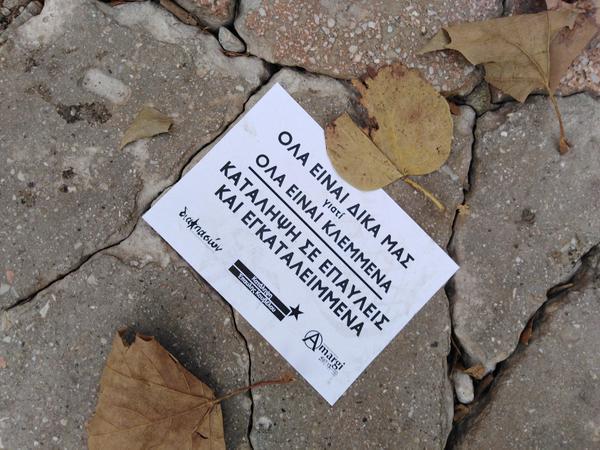 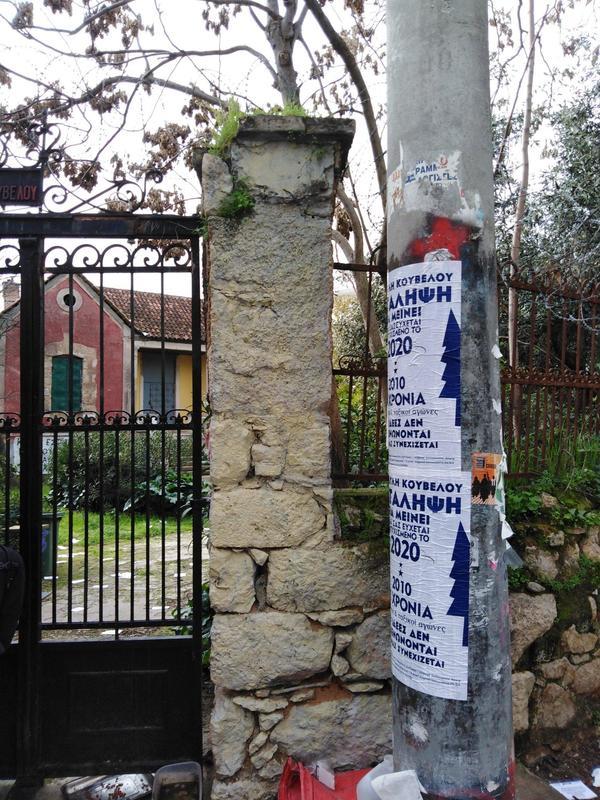 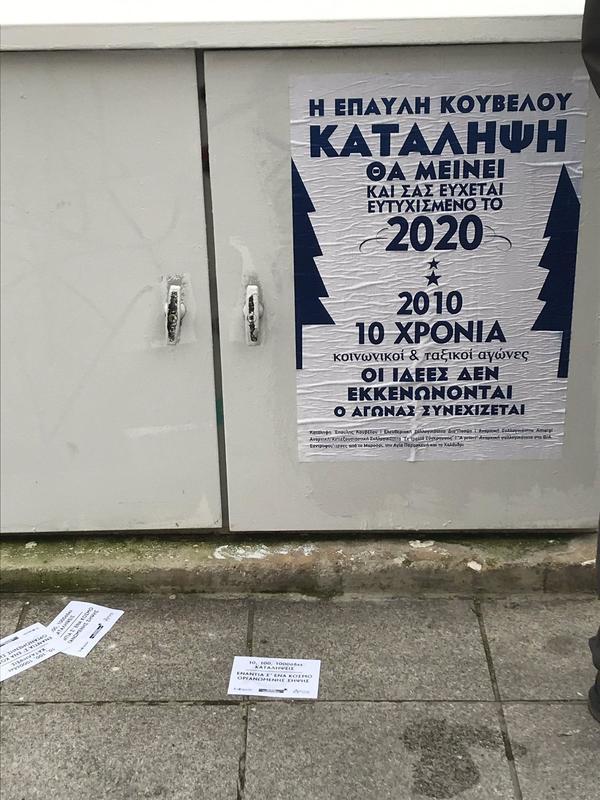 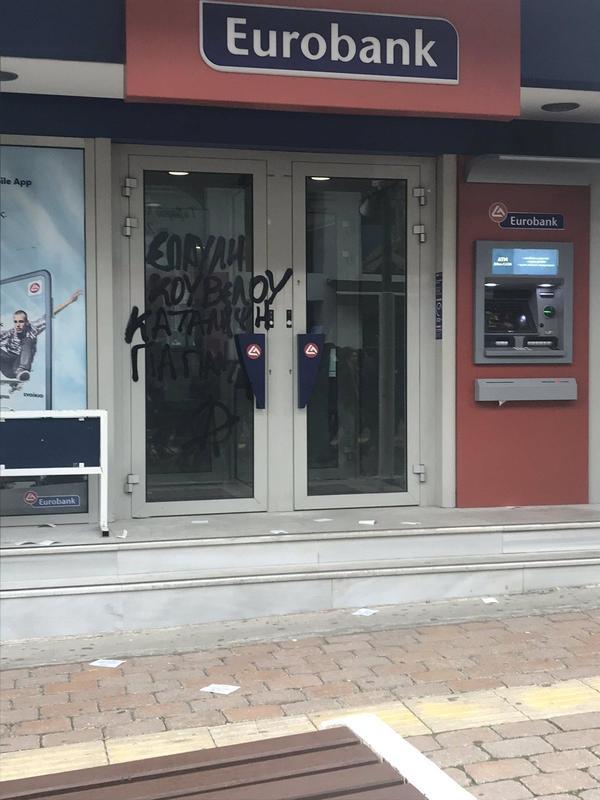 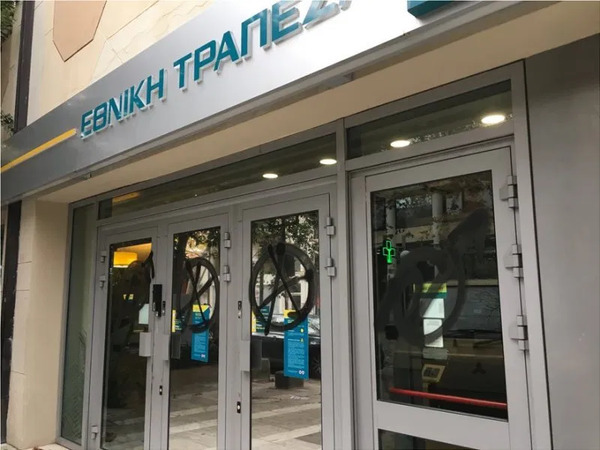 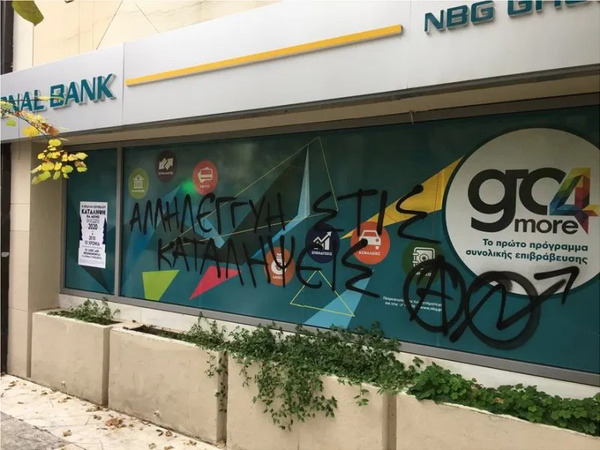