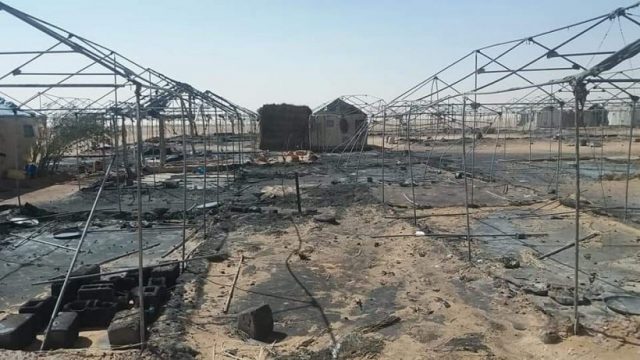 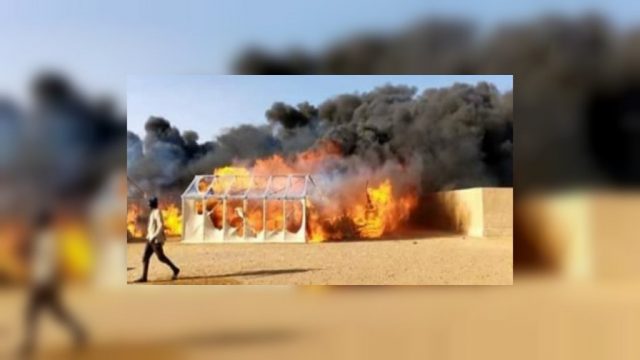 A revolt broke out in a camp of the UN at Agadez in Niger, Saturday January 4 2020.
Almost 90 per cent of the camp was reduced to ashes. They had been protesting since the middle of December to have their requests for refugee status and their shipment to Europe to be speeded up.

The Nigerian police affirm that they have “identified 335 Sudanese asylum seekers who participated in the fire in their accommodation shelter, a camp situated 15 km from Agadez, in the centre of Niger. According to the Attorney of the High court of Agadez, Seyni Saidou, on January 6 on the local television, the group had been arrested and put at the disposition of the police on Saturday January 4.

These arrests were made after hundreds of Sudanese asylum seekers were dislodged by local security forces from the United Nations High Commissioner for Refugees (HCR) where they had started a sit-in since December 16 to demand the acceleration of the processing of their demands for refugee status and their transport to Europe. All had fled poverty and slavery in Libya.

“When they were taken back to the site in buses, they set fire to the camp before attacking elements of the security forces escorting them with projectiles” said one municipal official quoted by AFP . Out of the “331 dwellings” of the camp, “290 plus the infirmary were reduced to ashes” lamented the local authorities. At least two people were wounded by the demonstrators who “smashed the windows of the bus”.

Before the fire, some 1,400 migrants, mostly Sudanese who have fled insecurity and slavery in Libya since 2017, lived in this UNHCR camp. Since 2018, these Sudanese people have been demonstrating regularly at Niamey and Agadez to demand the acceleration of their resettlement procedure in host countries in Europe. They are asking to be treated like the hundreds of Ethiopians and Eritreans who passed through Niamey and who have been resettled in France, Switzerland, the Netherlands, Sweden and Finland.

Questioned in December by the AFP, the Nigerian Minister of the Interior assured that “the files of the Sudanese from Agadez [were] in the process of being treated quickly.”