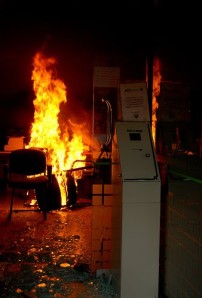 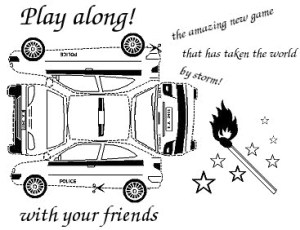 Video of the action: http://www.youtube.com/watch?v=VNrvjVceK_4

* Recipe for Potatoe-Bomb: We peel some potatoes and we put the peeled outer parts of the potatoe in a glass-jar. We add water or even better piss (it smells better with piss), we close tight the jar and let it rest for two weeks.