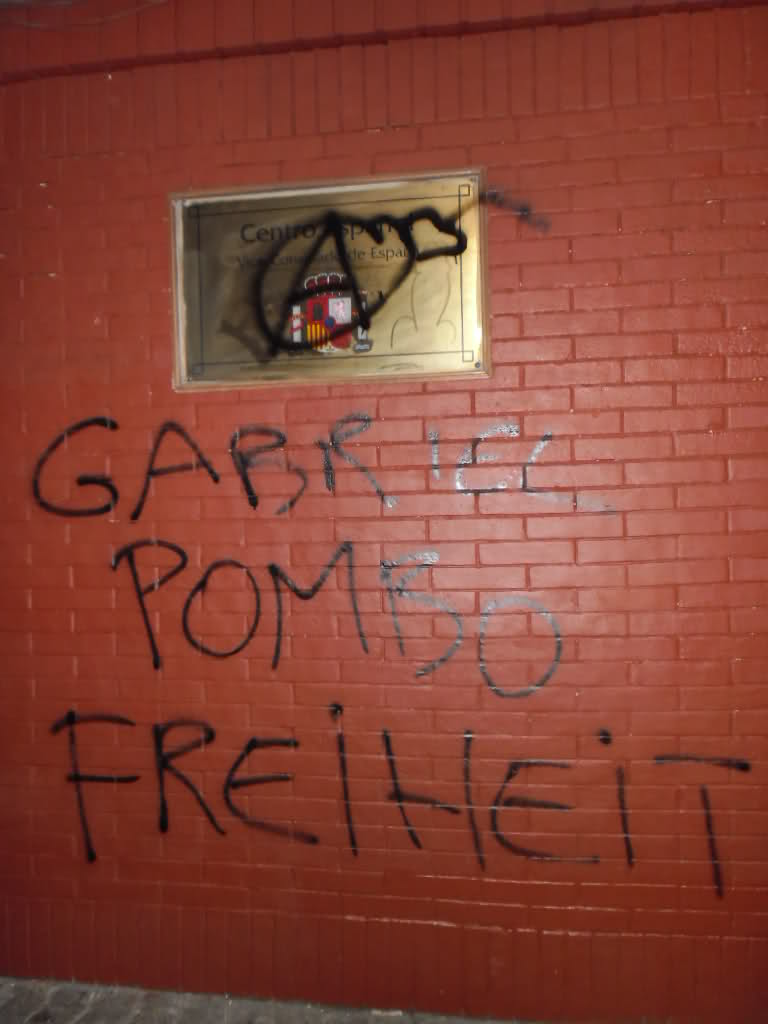 From the other side of the bars, inside the same city-prison…

We demonstrated our support and solidarity to Cristobal with a banner. Cristobal was attacked by some bastard jailers on 28th October during a search in the wing where he was locked up. The banner reads: ‘Neither your laws nor your prisons nor the fucking guards will extinguish the fire of revolt. Strength to you Momo’. The banner was hung from a bridge at the entrance of the city.

Moreover we spray painted slogans on the building of the Spanish vice-consulate (Spain is seeking Cristobal’s extradition in order to put him on trial), also in solidarity with Gabriel Pombo da Silva, locked up in the distant cesspits of Aachen, Germany. We did the same with Tortuga, who will appear in court on 22nd November.

We support our prisoners, the persecuted, the wounded, the fugitives, those who fell in the struggle against power, because each of them is another reason to keep on opposing life dominated by the State/Capital, a dominion which is based on the indifference and passivity of an accomplice society!

Individualities and affinity groups at war with power, in the streets! 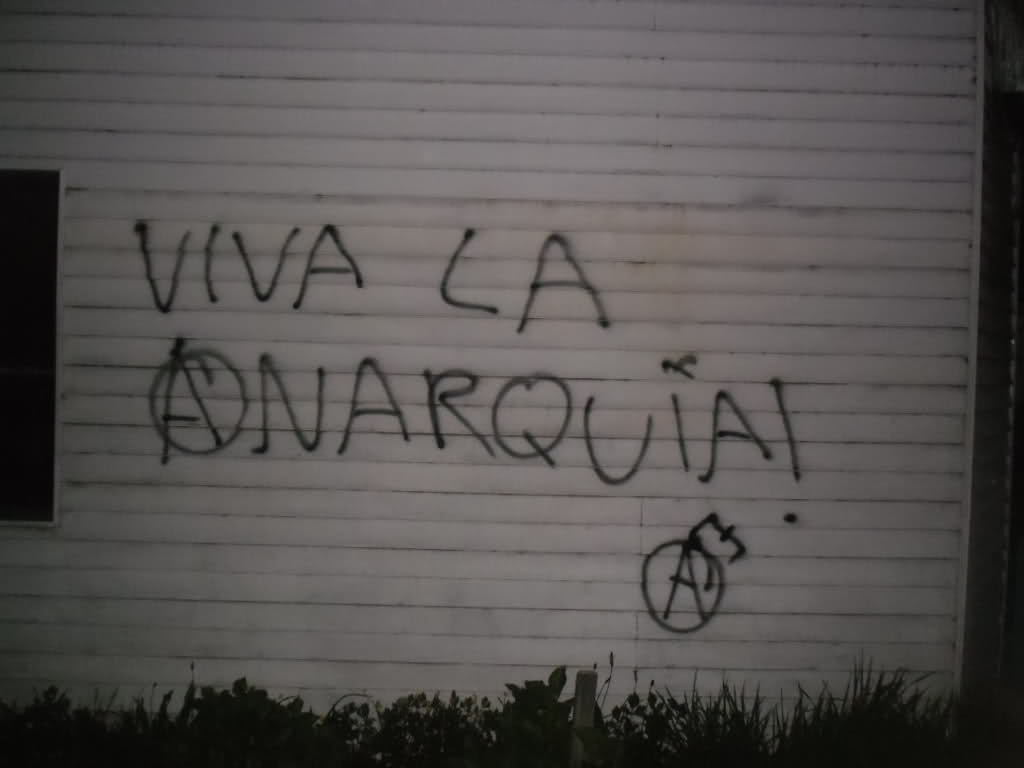 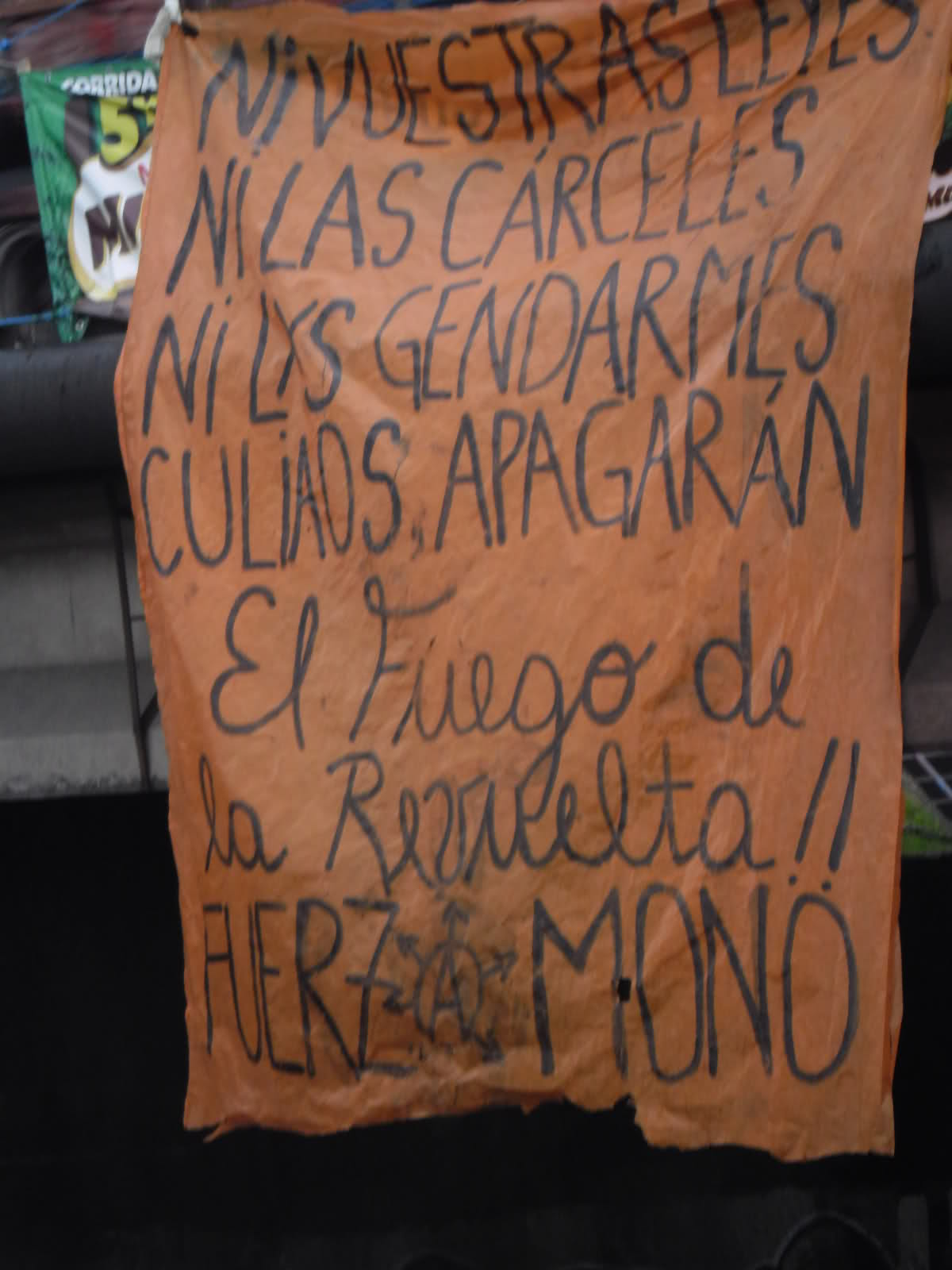 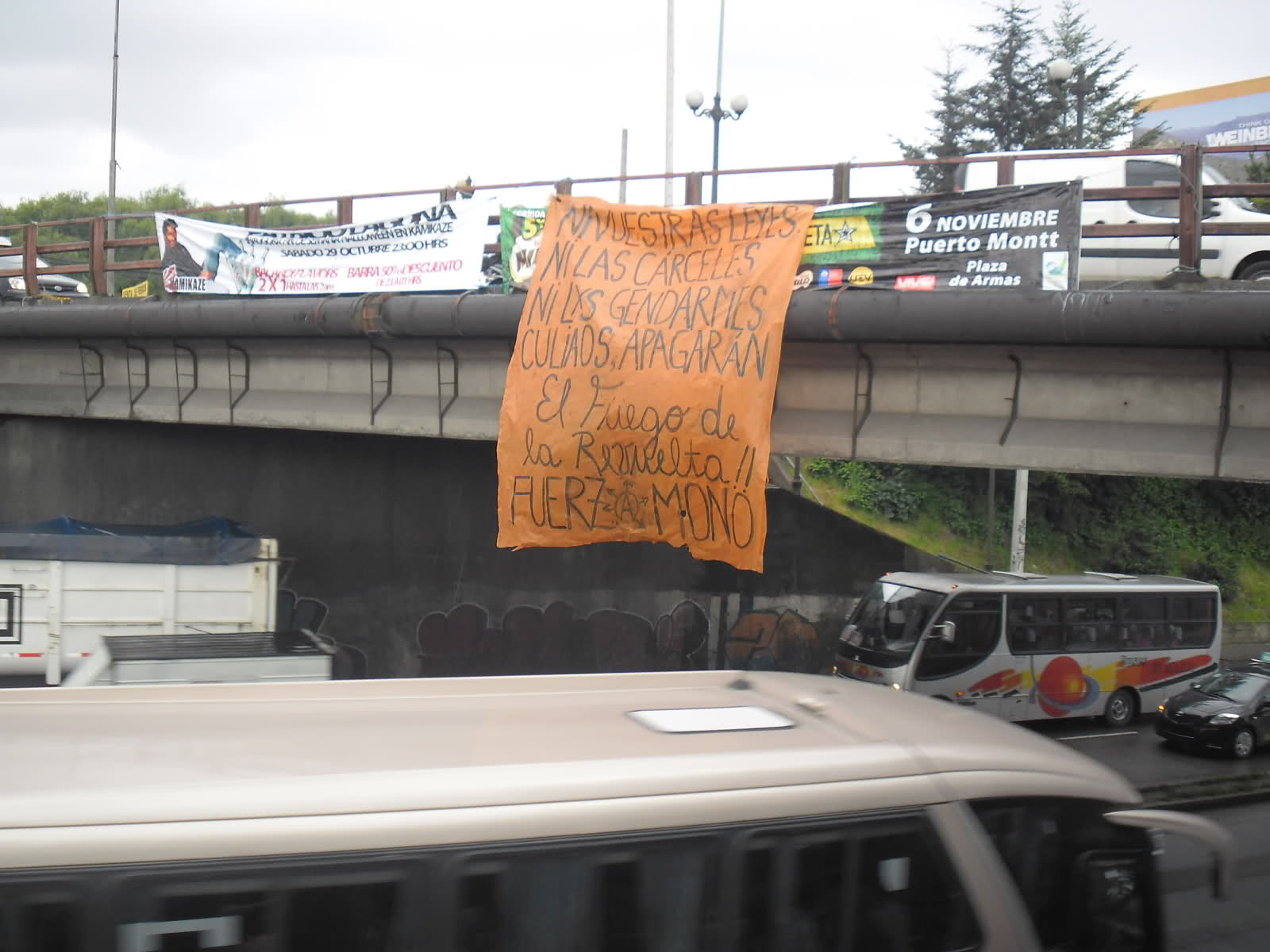 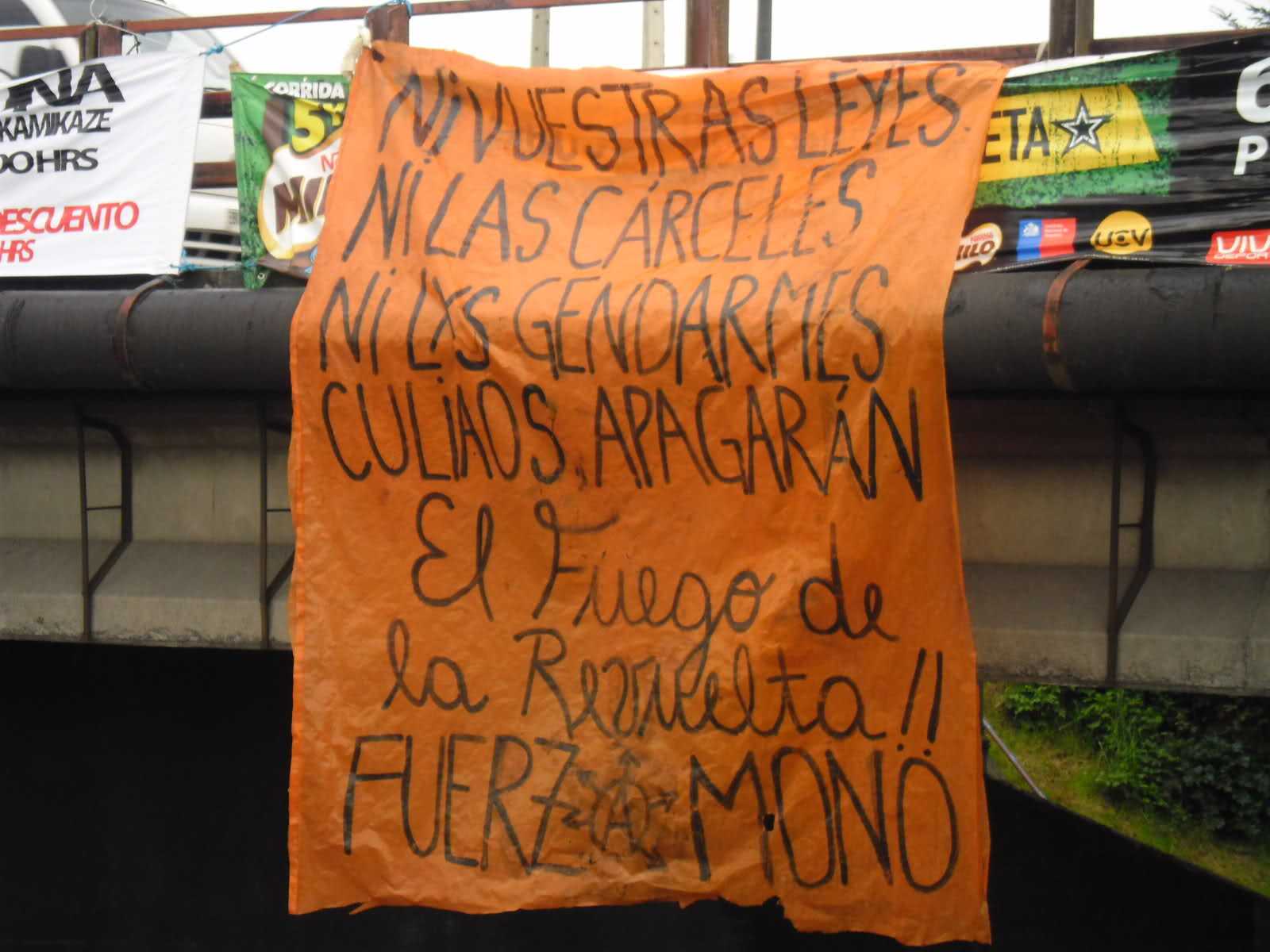 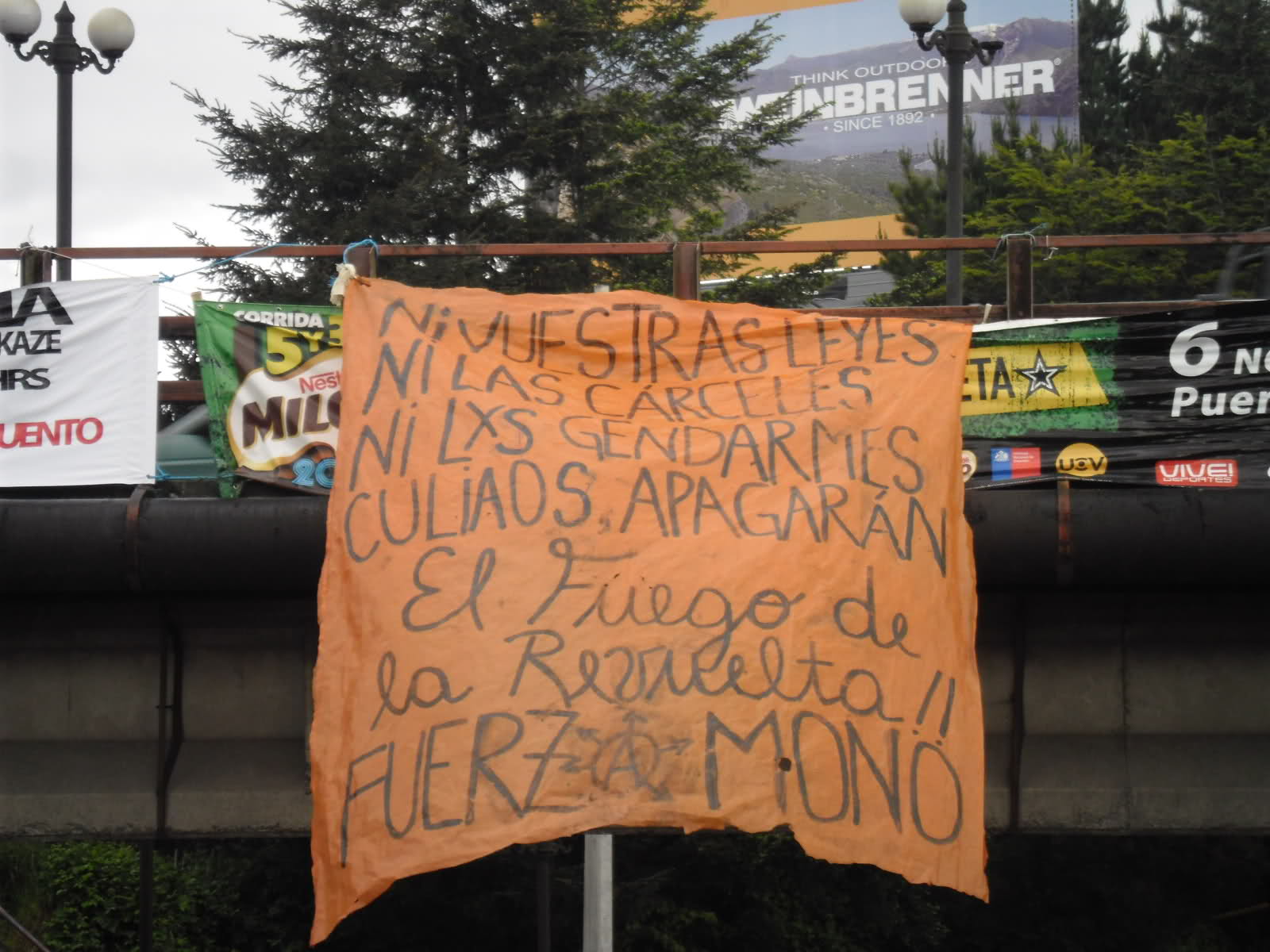