Comrade Tortuga in prison on remand for 75 days

First, a summary of Luciano’s case 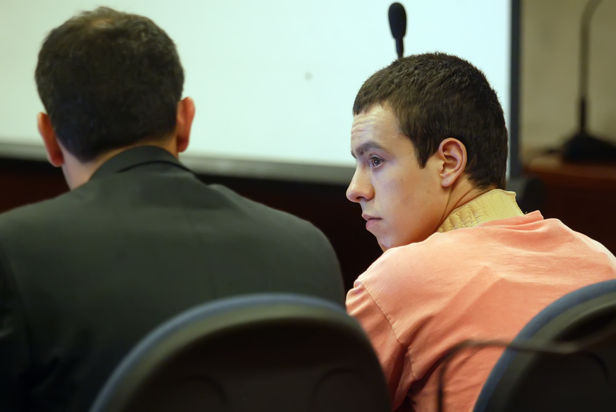 On June 1, 2011, Luciano along with someone else went to the comune of Ñuñoa, in the centre of Santiago of Chile, to place a bomb consisting of a kilo of black powder against a branch of Banco Santander. Both were on a motorbike which had been taken from the apartment where Luciano’s brother lives a few hours before. The bike numberplate had been changed with a fake one stolen a few days before in order to mislead the police. On the night of the attack, Luciano got off the bike to place the bomb, but at this point the accident happened for reasons that are not known: it may be that the timer system did not work correctly or that the bomb had received a sudden knock or that static was the cause of the premature detonation. Luciano spent a week in an induced coma, in the Indisa clinic. He underwent amputation of his right hand and has only two fingers left on his other hand. He also suffered serious burns to the skin and respiratory problems from inhaling the hot air. On August 20, he was discharged from the hospital and went to live at his mother’s house. During this period, Lucian has only been able to receive the visits of his companion, with whom he has a three year old daughter.

Today, November 22, Luciano left his mother’s house at 7:30, aboard an unmarked police car. The hearing for the formalization of the charges began at 9.30 am, at the Septimo Juzgado de Garantía de Santiago. Tortuga was formally charged with “placing an explosive device” and “using a false number plate”, for using a different plate from the original one on the day of the attack.
Tortuga’s defence lawyer stressed that the comrade must undergo weekly treatment and that he still has to have eye surgery, but the judge accepted the request of the Fiscalía Sur (attorney) and the plaintiff, or lawyer of the Ministry … of the Interior. For this reason preventive detention for a period of 75 days has been decreed for Tortuga, ie the period fixed for the preliminary investigations. The place of detention has been fixed as the prison hospital in Santiago 1 prison. In other words, he will remain there until early February.

However, Tortuga’s defence lawyers will be appealing against this decision in the coming days. It should be noted that Luciano is not a “danger to society” (to quote the words used in court), because he is getting used to a prosthesis and is under medical treatment, as well as under constant police persecution. It is impossible for Luciano to be a “danger” therefore.
During the hearing, but outside the courtroom, comrades in solidarity unrolled a banner. 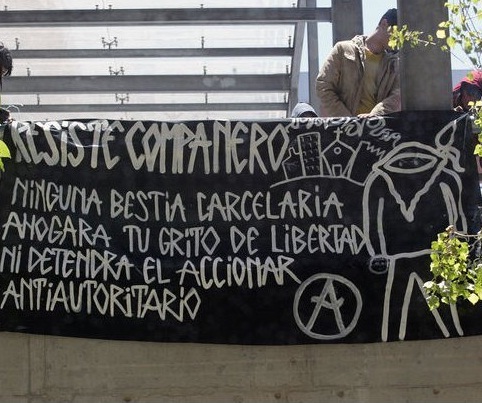 The sentences that have been threatened against our comrade may be doubled due to the fact that he had “attacked a legal political and social system.” Tortuga faces a sentence of 5 to 20 years in prison.
Solidarity actions are needed now, it is now that it is necessary to show that Tortuga, and any other prisoner, is not alone.