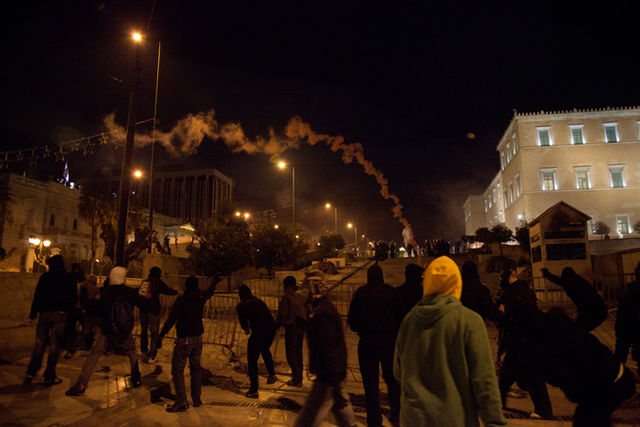 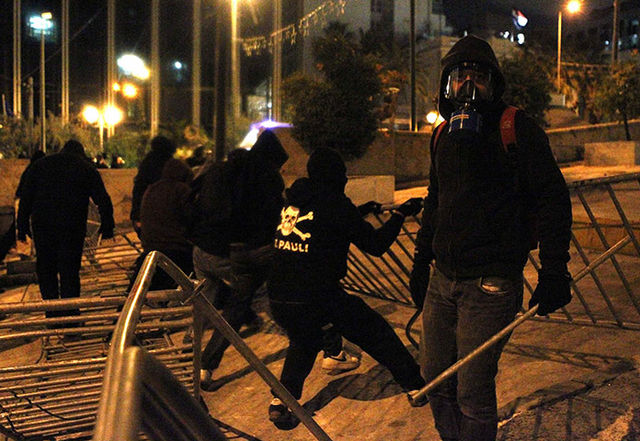 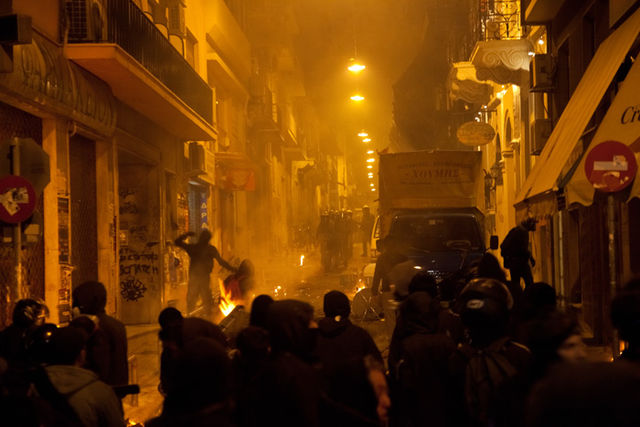 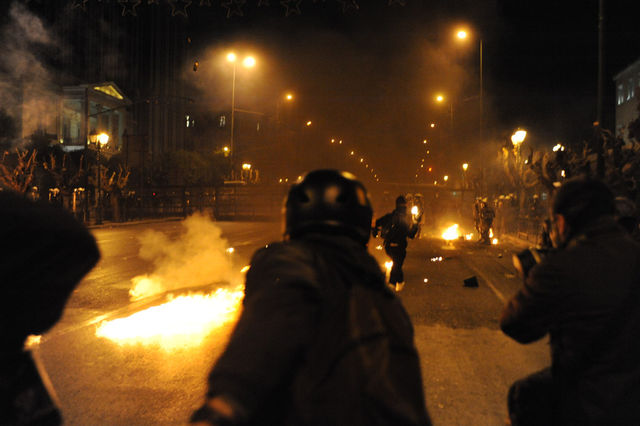 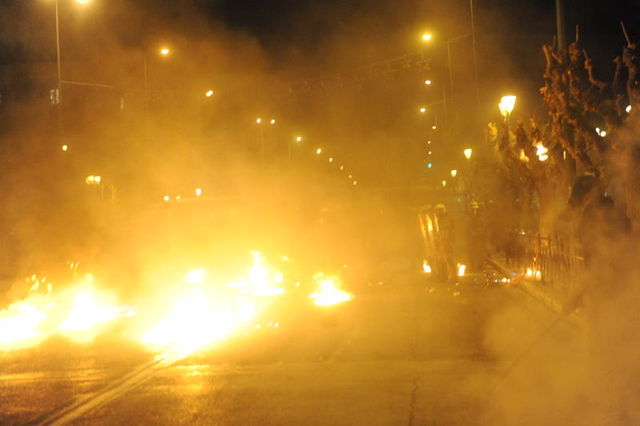 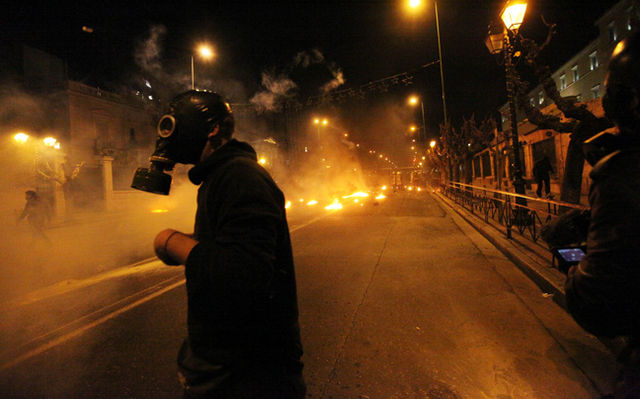 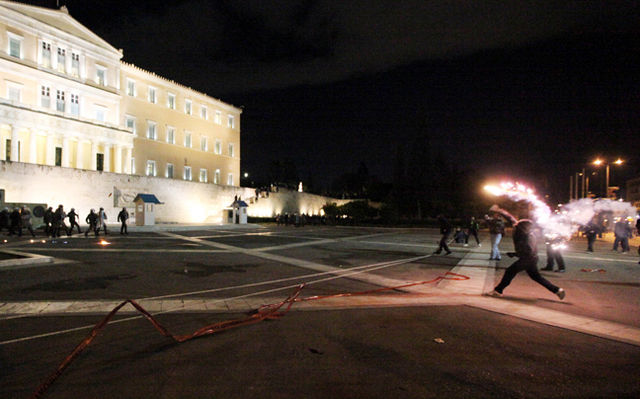 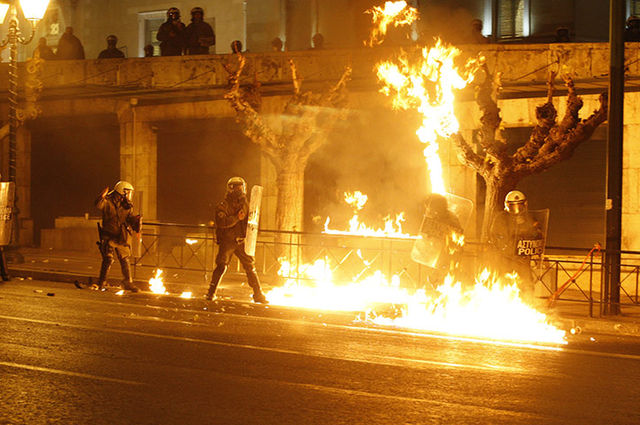 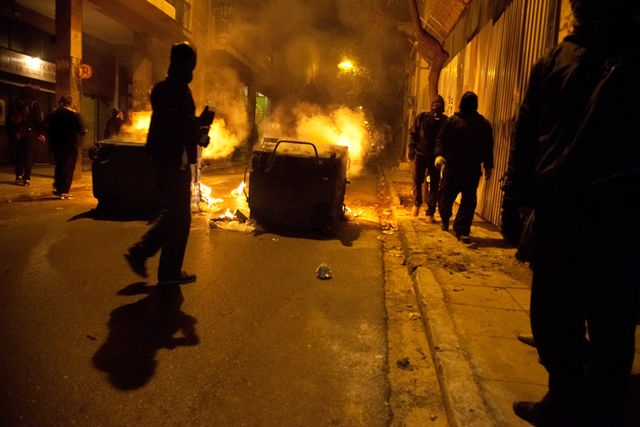 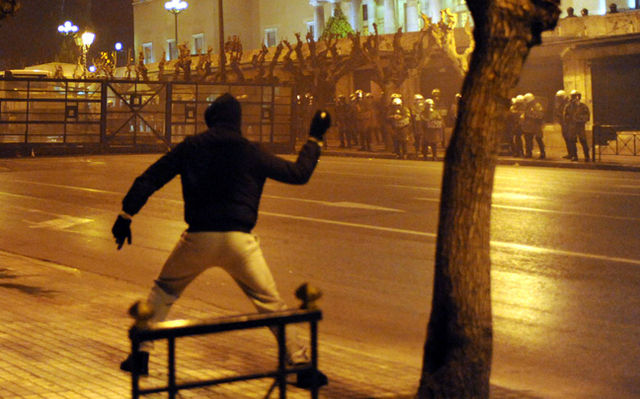 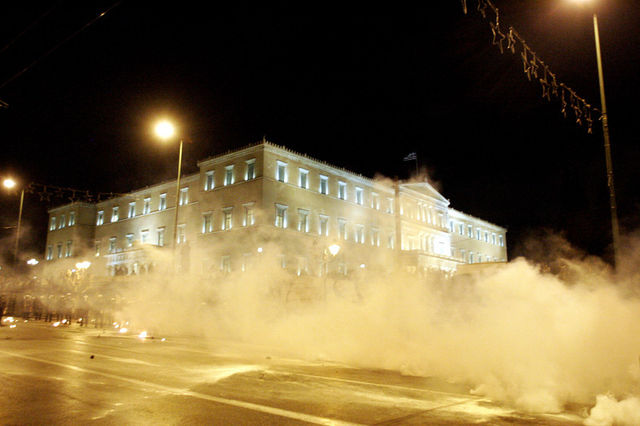 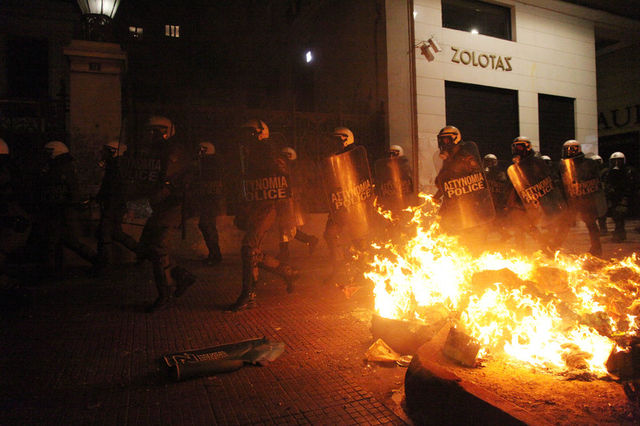 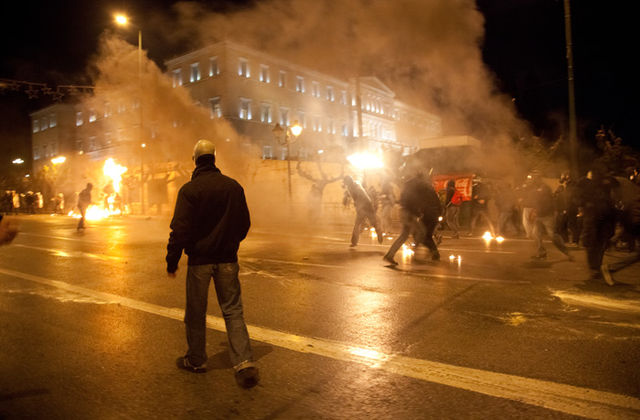 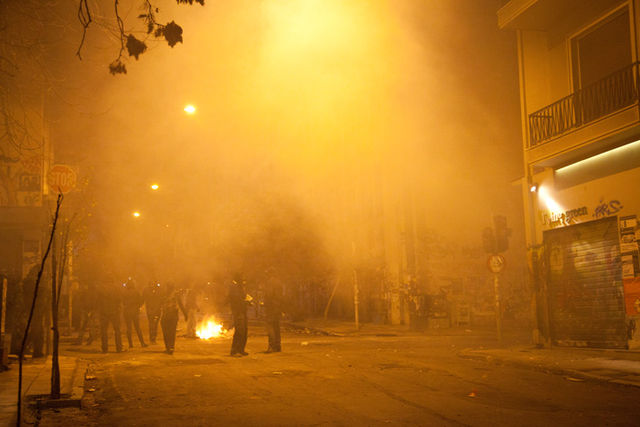 As part of the anti-repression commemorations, across Greece and in other parts of the world, for the three years since the assassination of Alexis Grigoropoulos and the December ’08 uprising, a morning rally was held today, December 6th, 2011, in the northern suburb of Halandri, organized mainly by high school students. More than 150 people (mostly youths) attended the protest march. The demo started from the square of Aghios Nikolaos and moved on to the police station which was guarded at the time by at least one squad of YMET forces (in blue uniforms).

Youths attacked the police station throwing stones, reaching its entrance and forcing the cops to retreat and hide inside the building. During this direct action which lasted nearly five minutes, the facade was shattered and a police shield was taken as a trophy. The cops used fire extinguishers and shock grenades to disperse the rioters. The protesters took to the streets again and continued their march, attacking a luxury car parked nearby, but also smashing shop windows and destroying several bank surveillance cameras along their way. The anti-repression demo ended without any report of arrests. 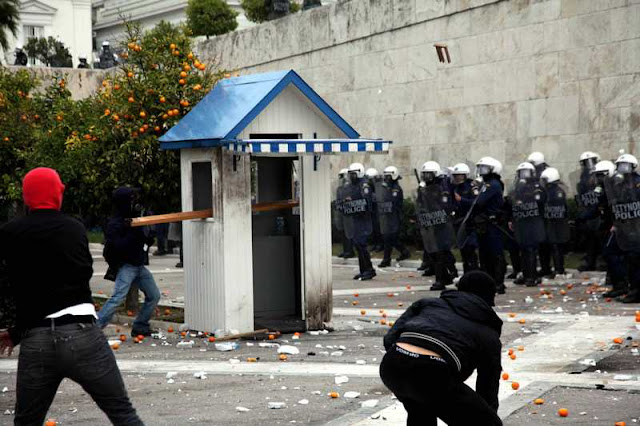 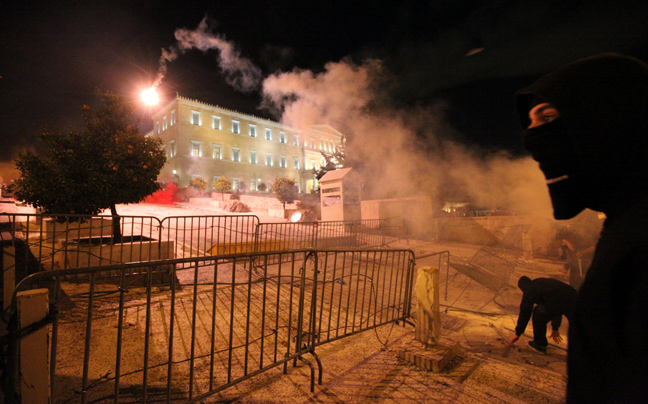 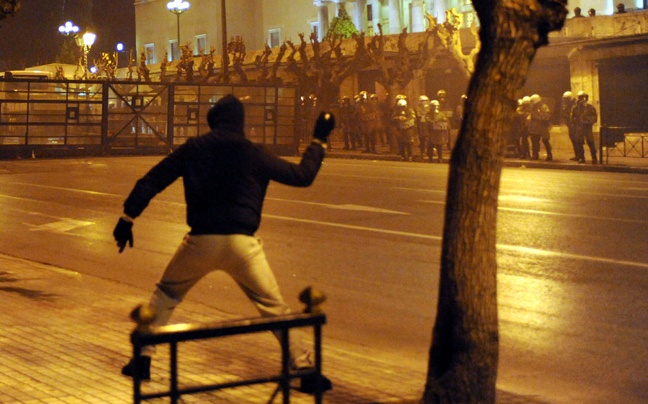