Many are the reasons that groups or individuals go on the attack, and great is the hatred for a world that does not belong to us and in which we spend too much time. 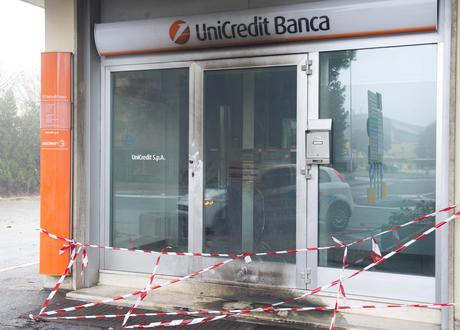 Everywhere, brave comrades decide to attack the system with direct action of any kind against any of its aspects – offices, banks, schools, churches and so on – carrying forward the war against all authority.

We have decided to take part in this war, attacking during the night of December 3-4 a Unicredit Bank branch, leaving a clear message to the exploiters of Ravenna and of the whole world and to all their guards: the powder keg is about to explode. We will reappropriate all that they have taken by force and with all means.

This is no time to remain immobile in the face of the destruction of our lives and of our dreams. It is time to attack, here and now.

We also want to renew the call to international solidarity, asking all comrades in affinity to strike Capital as they see fit and as the opportunity presents itself.

We dedicate this action to the comrade Luciano “Tortuga” and we send him all our affection. We are with you comrade, and we hope that these flames are able to show you that.

We are close to the comrades in Bologna who face trial December 12. You have all our support and we hope that this has given you some strength.

We want to send a fiery embrace to the comrades of the Conspiracy of Cells of Fire because their courage and determination have inspired us. We are on your side in this war, until the end.

We salute, finally, any comrade who chooses to attack with any means this nightmare, and all those who find themselves imprisoned for their desire for freedom.

For comrades who are fallen or confined in society’s cages

For a Black International

Anarchists for the Destruction of the Existent