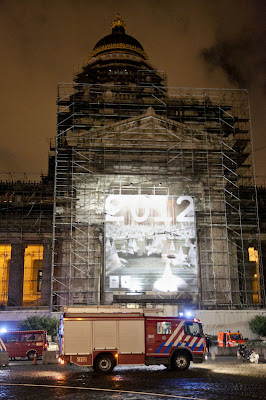 BRUSSELS – In the late afternoon, on two different spots in the Justice Courts in Brussels, arson was perpetrated. The arsons were situated on the second floor of the enormous building, in the archives of the correctional court.

Firemen came massively (12 trucks) and it took them more than three hours to put out the fire. The whole Justice Palace was covered in thick smoke. The damage to the building doesn’t appear to be very big, but a lot of judiciairy files went up in flames. An unknown amount of files didn’t have a digital copie, which will heavely hinder the coming processes.