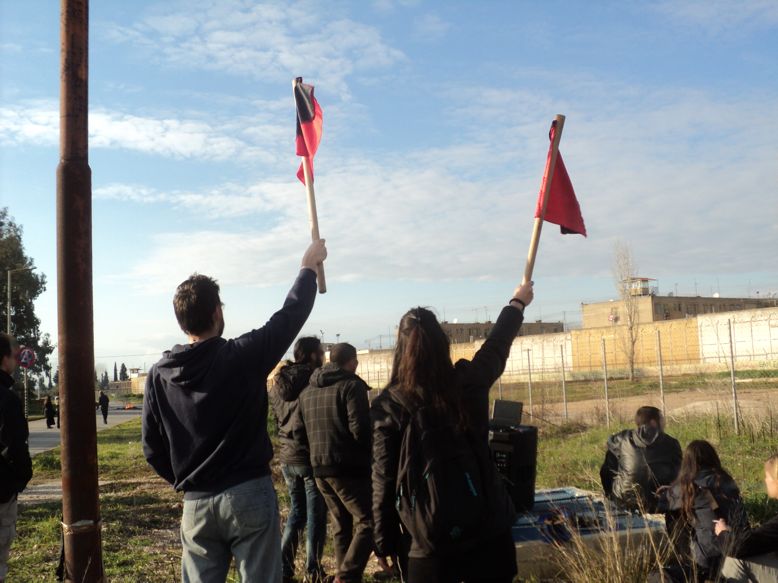 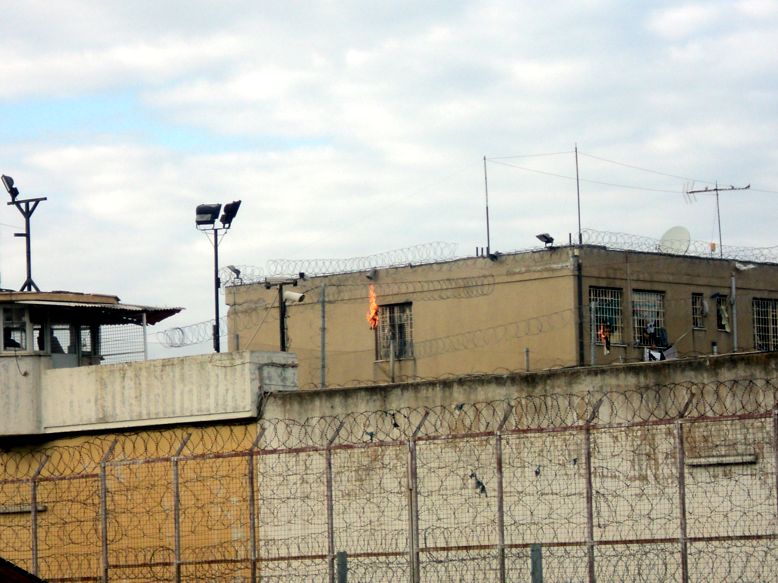 In the afternoon of Sunday February 19th, a solidarity gathering took place for the prisoners of Agios Stefanos in Patra, who together with prisoners from many other prisons around the country are fighting for better prison conditions, against the hellholes of the prisons and the torture of confinement.

The struggle against the prisons and the barbaric institution of confinement cannot but be an inalienable piece of the total struggle for a world without exploitation and oppression, without state and authority. UNTIL THE COMPLETE DESTRUCTION OF THE PRISONS… SOLIDARITY TO THE STRUGGLE OF THE PRISONS FOR BETTER IMPRISONMENT CONDITIONS FROM AGIOS STEFANOS TO DIAVATA 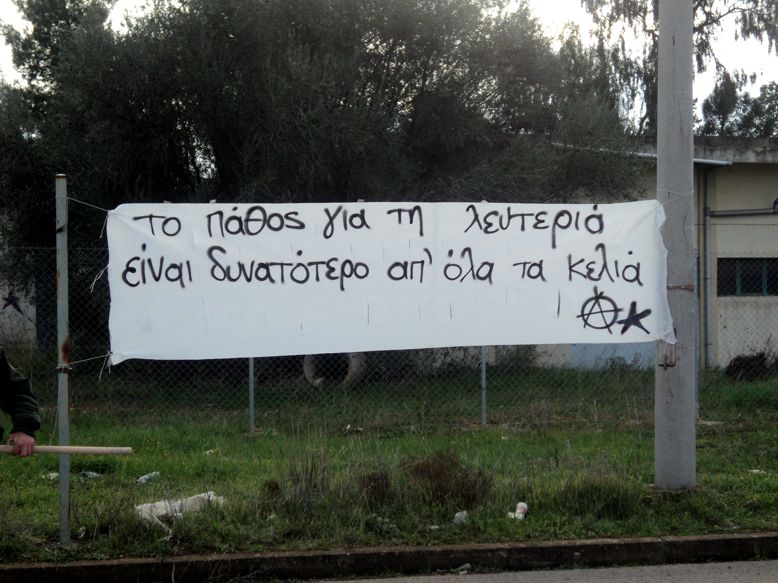 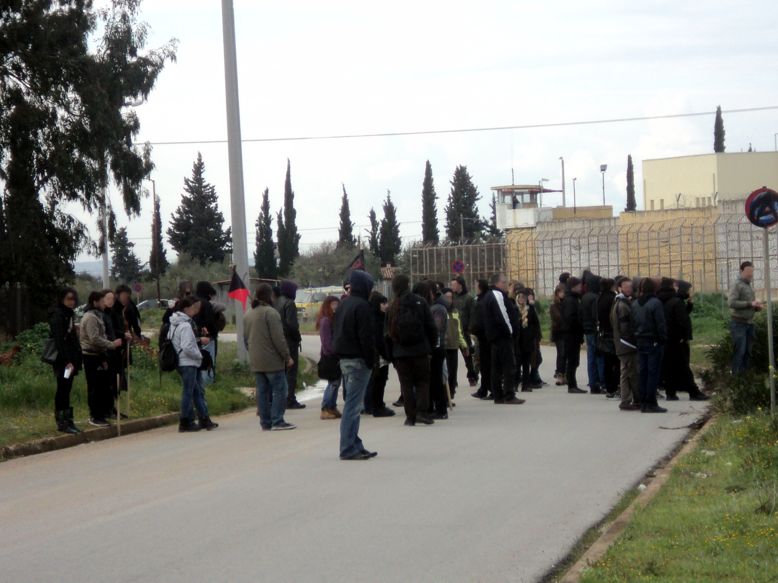 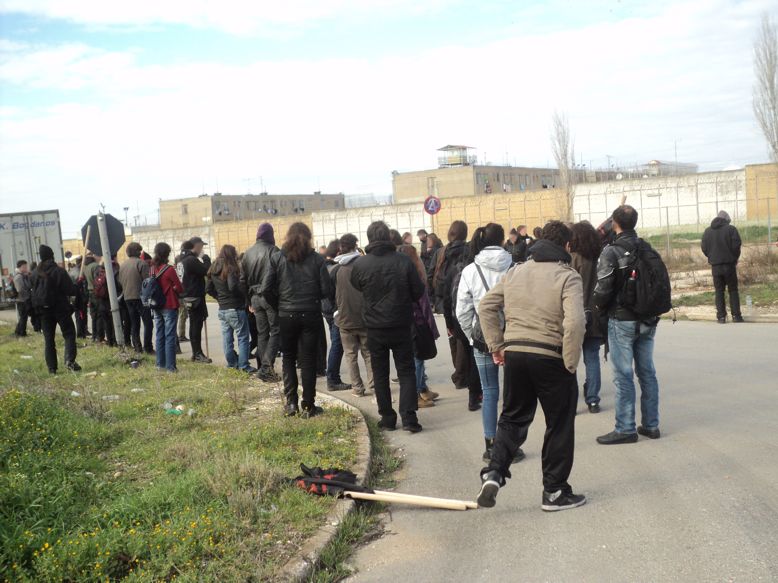