From culmine, translated by war on society: 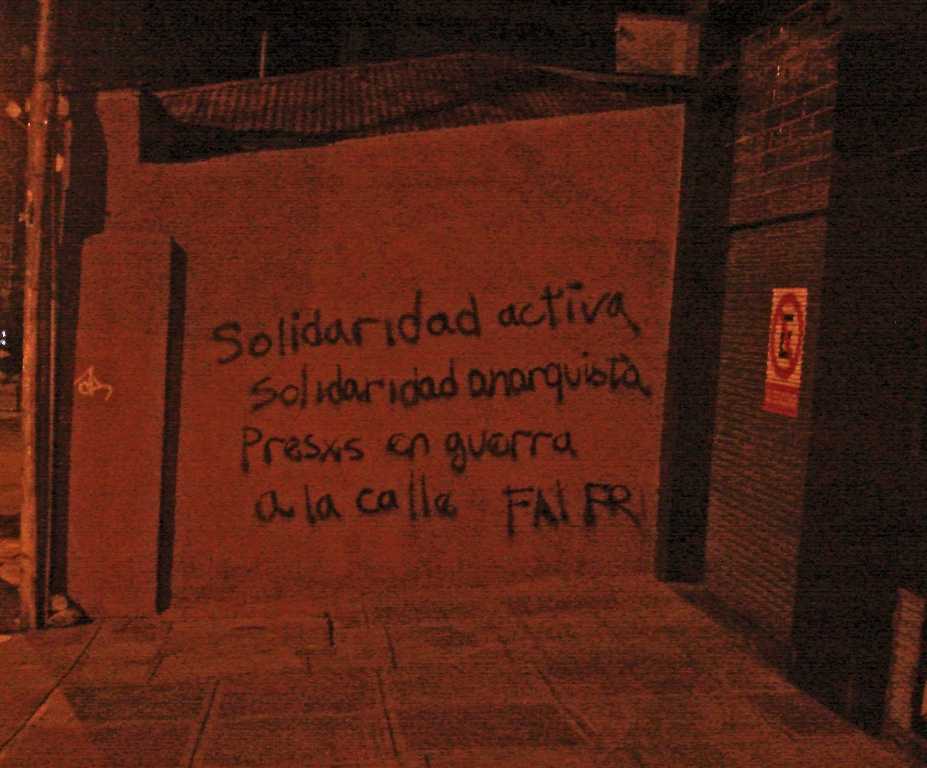 In the early hours of February 8, 2012, the group Uncontrollable Forces in Solidarity with the Black Rebels, painted graffiti on the walls of downtown La Paz in solidarity with the comrade Zerman Elias who faces an abbreviated trial after spending months within the Chilean prisons, accused of being a danger to the public order after being arrested in a street confrontation; and also in solidarity with the comrades Billy and Eat who in Indonesia face the charges of placing an incendiary device at an ATM, both members of the FAI [Informal Anarchist Federation.]

We emphasize, as has already been done by means of an appeal, the RO-CCF, in making the days of trial against the comrades into days of unrest and rage against those directly or indirectly involved in keeping the comrades as prisoners of war with a future “exemplary punishment.”

Their “punishments,” our attacks

ACTIVE SOLIDARITY WITH ALL THE FUGITIVE AND INCARCERATED WARRIORS 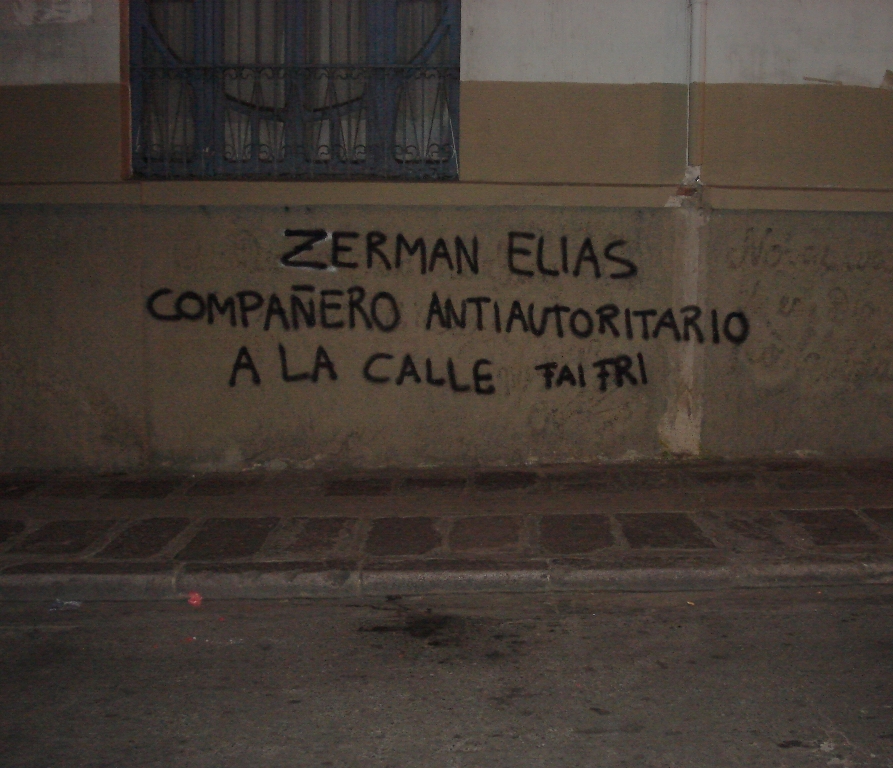 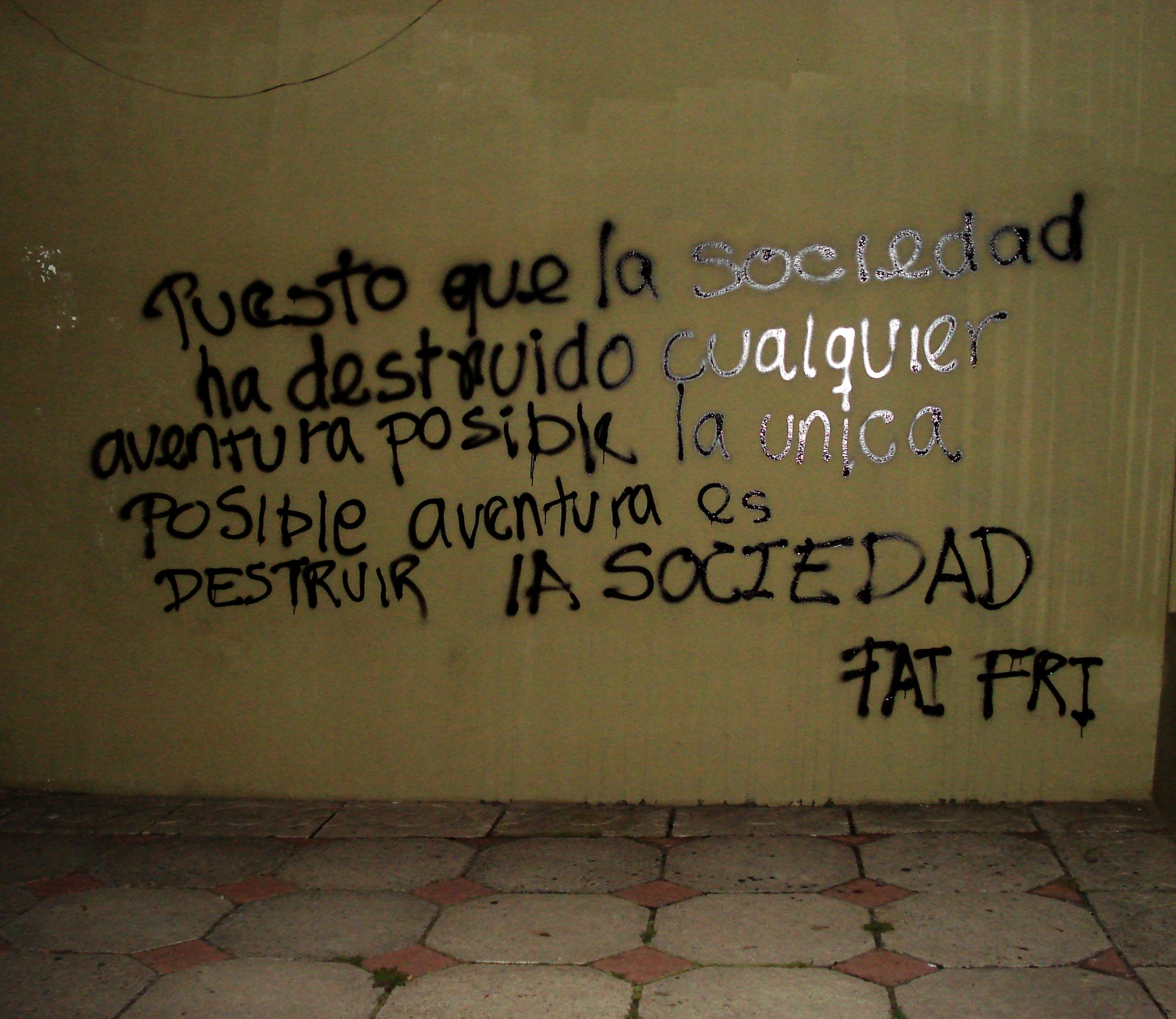 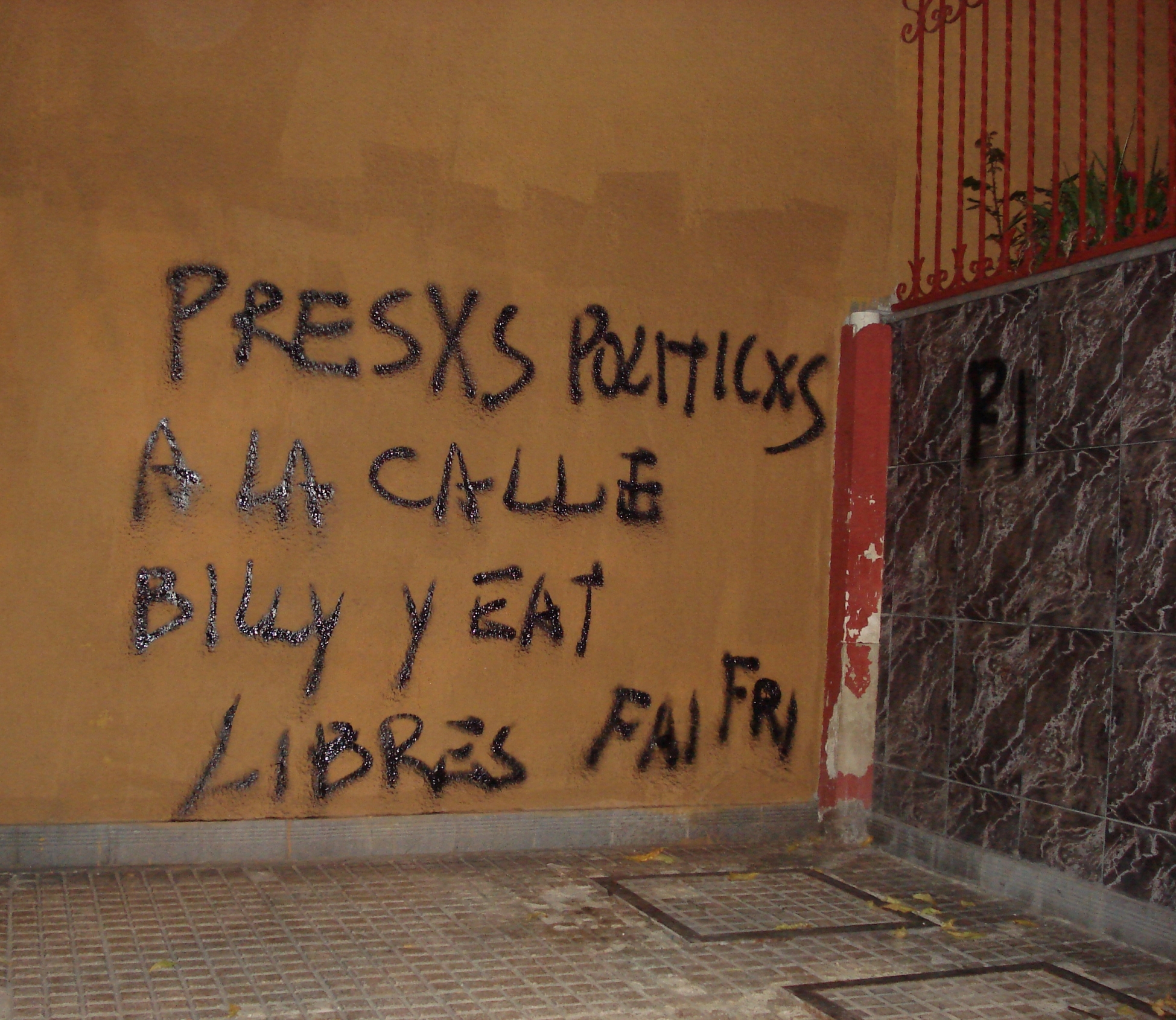 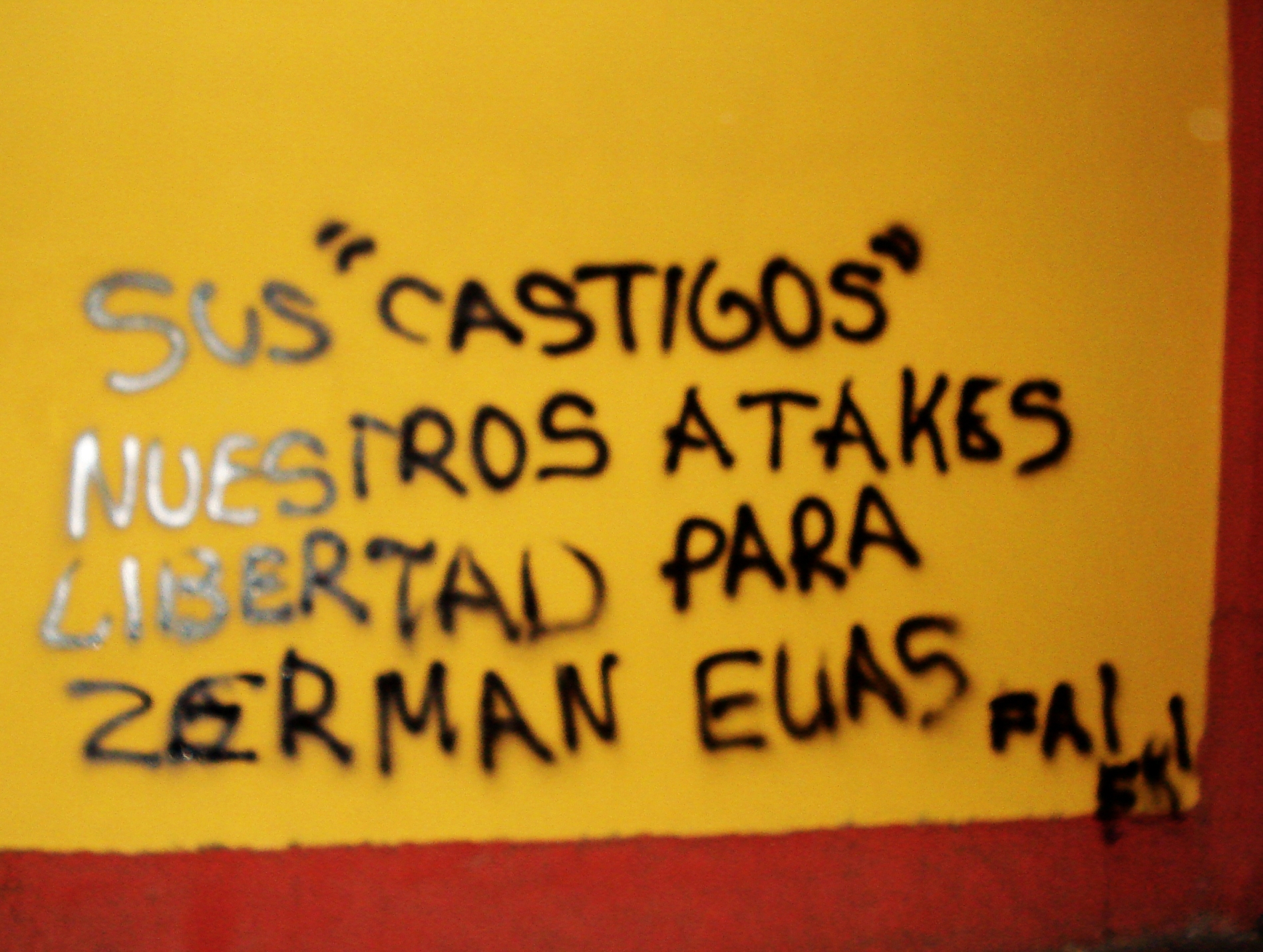 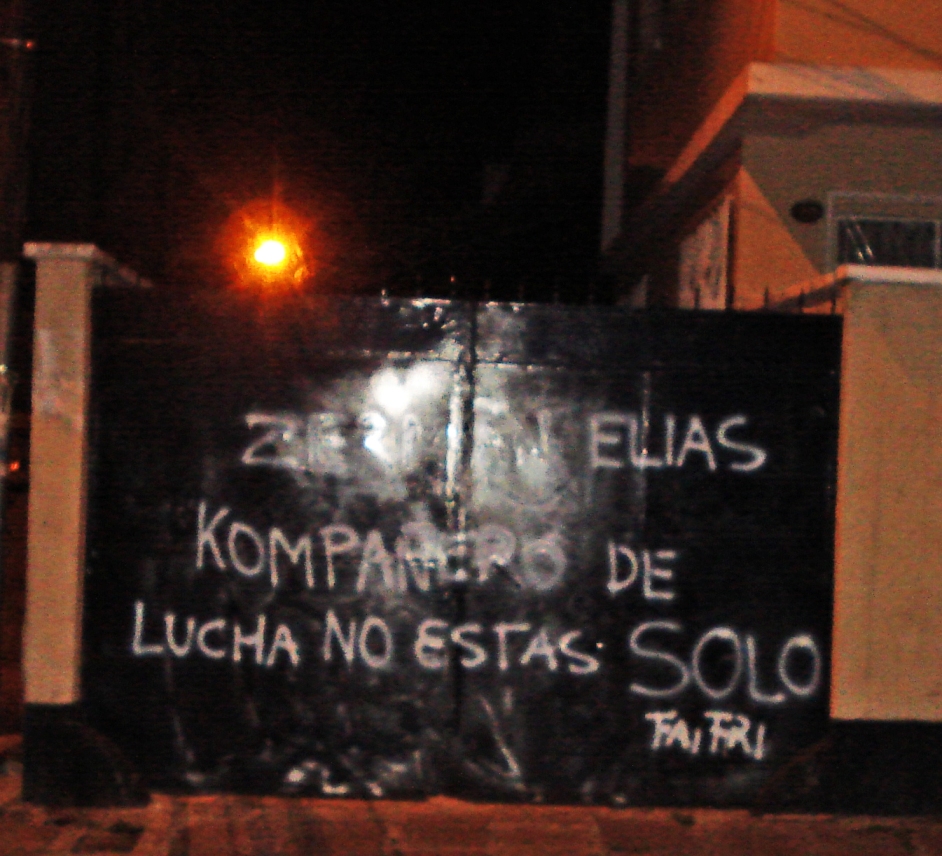