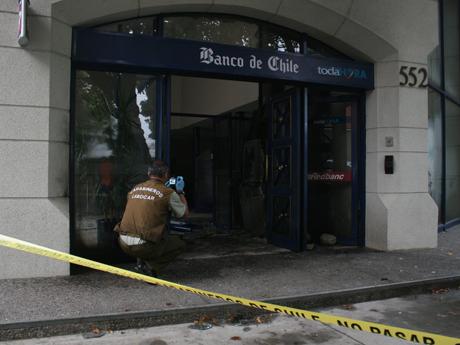 In the early hours of this March 20, the date set for the hearing of our brother Luciano Pitronello, we directed ourselves with hatred and rage toward a Banco de Chile branch located on Av. Collin (Chillán), coming there loaded with flammable material, two minutes were sufficient for our anarchic and wild fire to illuminate the night.

The economic losses were surely in the millions, and right now the ridiculous police must be pathetically searching for evidence, but we here very close and very far away are laughing at how easily our fire destroyed the symbol of domination, of exploitation, of misery and inequality in the world.

May this attack be a threat and a warning of the many that remain to be executed; our fire will continue to spread to any structure that gives life to this authoritarian and oppressive system, and we will not delay in seeing burn any individual who exercises disgusting authority or their lackeys, who are the cops and rats–if anyone is going to die, it will be you. And let it be clear that this attack is also in vengeance of those murdered in the San Miguel prison and in the prison in Honduras.

We dedicate this attack to Freddy, Marcelo and Juan, imprisoned for the Security Case, but especially to Luciano, who is today the object of the State’s vengeance, its cops and its obedient citizens. Only with revolutionary action will we take you back to the street, Tortuga!!

FOR THE MULTIPLICATION OF ATTACKS AGAINST CAPITAL!! 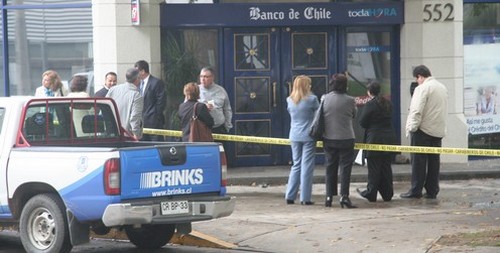