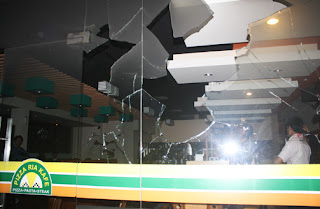 A fast food restaurant owned by a wealthy businessman pioneering street 10 Tamalanrea makassar independence was attacked by a group of people who last night (March 30, 2012, around 23:00 pm). 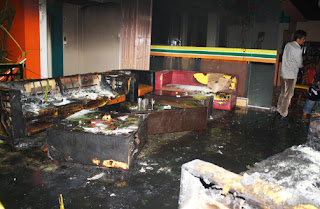 Some broken glass. Chairs and tables are also set on fire. Perpetrators left a message written on the wall “capital bastard”. According to eyewitnesses around the site, the attacker is to perform an action with the spontaneous, there were so many, they come and directly attacking the glass with stones and Molotov cocktails. Said residents whose homes were not far from the location of the attack. 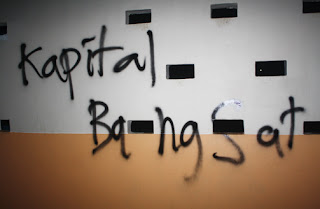 Indeed, like the whole restaurant is owned by bankers and wealthy businessmen are often used as a target of mass amok, like Mc Donald Sultan Alauddin in the street, Independence Pioneers minimarket on the road, and the burning KFC last year.