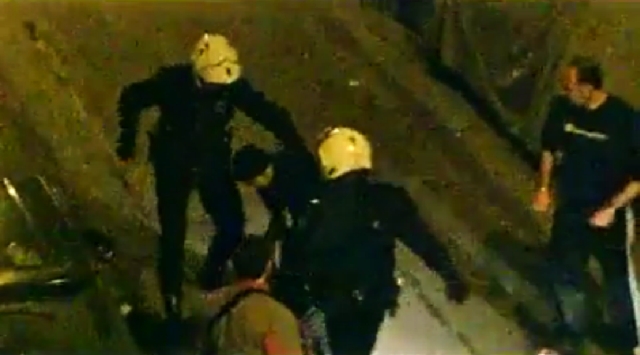 In a new video published today the brutal beating of an immigrant by the Police was caught on camera by a resident from his balcony.

The place where democracy was born has turned into a political and economic dictatorship where politicians and the police are above the law. That is why you see so many fierce riots erupting so often. People do not give up, they are resisting and revolting against this modern junta.

See the video at