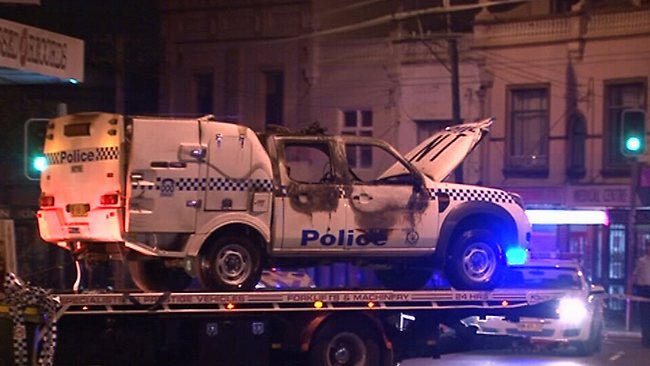 The burnt out
police van is taken away by tow truck

April 20: A POLICE paddy wagon parked outside a tattoo shop was torched just hours after a high-profile bikie member allegedly threatened to “blow it up”.

The marked vehicle was parked on King St at Newtown, in Sydney’s inner-west, for several hours after midnight, before it was set on fire.

The Telegraph can reveal a well-known bikie made “multiple complaints and threats” to officers at Newtown police station, and demanded the vehicle be moved, or it would be blown up.

About 3am police and fire crews were called to the location, after the vehicle was found alight.