Testimonies from witnesses who spoke about the alleged financing, as well as of the infiltration into public events of the Sacco and Vanzetti social center.

Big brother is watching us

The prosecution installed a recording camera in the second floor of the courtroom, requesting the authorization of the tribunal for the recording. In the beginning the camera was pointed solely at the defense, that is to say it was positioned to view the conversation between the defendants and their lawyers as well as the lawyers’ notes. They made it so the camera only recorded the testimony of the witnesses, according to the prosecution this recording would be used for “academic purposes,” but several times the direction of the recording had to be corrected since it was also filming the conversations between the judges.

In the end, faced with the possibility of the prosecution passing the tapes to other witnesses or being used for unknown purposes, the tribunal after a couple of days de-authorized this particular “academic recording.”

Testimony and delusions of BIPE chiefs.

The chief of the investigative team of the bombs case for the BIPE (Special Police Investigations Brigade) of the PDI (Investigative Police) came to testify.

After testifying for one week, this functionary spoke about the whole investigation referring basically to the Sacco and Vanzetti [social center] and to some of the accused; surveillance, evidence found, “analysis” of this evidence, and the made-up links with attacks and financing of terrorism.

The long testimony has various special chapters worth emphasizing, but essentially it was nothing more than a summary and a review of all that was referenced in the trial up to now, added to some notable contradictions. 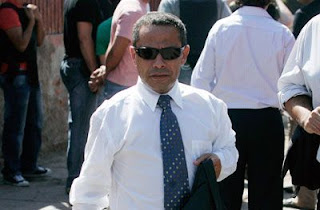 …Alejandro Peña continues to suffer in the trial

On some computer from the Sacco and Vanzetti, they found a photo of the prosecutor Peña (see photo to the right), according to the detailed analysis elaborated by the police group this photo was unique and exclusive, which created the sole basis for the idea that it was to be part of an identity check of the prosecutor to be used for some threat or attempt on his life.

The truth is less impressive than what the BIPE chief would wish or desire. The image was taken from the press, so the defense incorporated as a new piece of evidence a photograph of the paper, leaving the chief ridiculously trying to deny claims that he didn’t search carefully. What is certain is that if one goes to the “unknown” search engine “google.com” and writes “fiscal peña,” this is one of the first photos to appear.

…And they already said beforehand that it was a frame-up

The prosecution asks insistently about the final communique of the Sacco and Vanzetti before the August arrests, called “In the face of the new media-political campaign and the imminent repressive blow.” [here in Spanish] All this insistence has to do with one of the defense’s theses, in particular making allusion to the political frame-up of the prosecution and government.

The interest in this communique is that, according to the prosecution, this would be a vision of critique of the police action and the collusion with the police and political power before the arrests of August 14, 2010, by which the “frame-up thesis” put forth by the defense, would be a thesis copied and prefabricated beforehand. What is clear is the immense deployment of communication before the August arrests, in which they even gave the names of those about to be arrested, and the threats of the then new prosecutor Peña who gave deadlines for days to carry out the coming arrests. This text of the Sacco and Vanzetti makes clear what at that time seemed to be, and indeed turned out to be imminent. According to the prosecution it had called to interfere with and be careful of the repression, this was apparently intended by the phrase “While they prepare the terrain and sharpen the knives for the hunt, we will create the ties of solidarity that invalidate the repressive strategy.”

Who went into the house?

The different police Chiefs throughout the trial have contradicted each other constantly with respect to whether they could freely enter the Sacco and Vanzetti or not, some (even from BIPE) said that they entered without major problem since there were open events, but that they could not access “the intimate nucleus” of the house (this rather like saying they couldn’t make friends). This time the investigative police functionary said that they could not enter because it was illegal to enter as infiltrators, that there weren’t orders for this and that the law did not allow it.

The defense showed the police a signed report in which they narrated all of a (public) event in the house, who spoke, what they spoke about, who put emphasis on what theme and what it was about. In order to avoid saying what really happened — that they effectively entered without major problems, which would refute the claim that it was a “closed security house” — and to thus not admit that they committed an “illegal act.”

Simply and in an incredible lack of sense, he said: We know what happened in that event but we were never able to enter. He was asked if there were cameras, videos, microphones, heat viewers, etc, to which he responded in the negative to everything.

After being insistently questioned on this point and denying to say the obvious — that they had infiltrated, he finally invented a creative response: it was PEB1 (a secret witness who was rejected some time ago during the investigation before the arrests of August 2010) who told them what had happened inside.

In his desire to say that these houses were conspiratorial and compartmentalized centers, and not to say that even they had been able to enter, he brilliantly confused everything and involved someone who never, not in their own investigations or statements, was even linked to or close to the Sacco and Vanzetti. 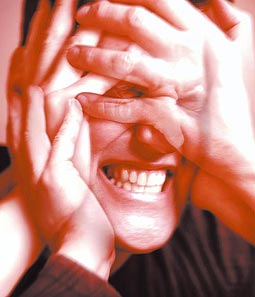 A deranged individual approaches the BIPE offices several years before, claiming responsibility for explosive attacks, offering himself to “collaborate” with the investigation. For months the police follow his tracks to various meetings. The PDI reviews the “collaborator’s” history and finds huge psychiatric diagnoses for schizophrenia and that he had been considered unfit to stand trial in prior crimes. In the “bombs case” files that were later released, there is attached almost an entire tome dedicated to the clinical file of the “patient.”

With this information in their consciousness, the previous prosecutors Xavier Armendáriz and Francisco Jacir together with the PDI decided to keep working with this collaborator for a long time. To be honest and clear, PEB1 never indicated in any of his brilliant statements about the Sacco and Vanzetti, nor to any person participating in the house but rather to other persons linked with other collectives who were never arrested or accused, but were investigated, listened in on and followed. The persons given by PEB1 were part of the ample and nearly infinite quantity of persons investigated in this case. 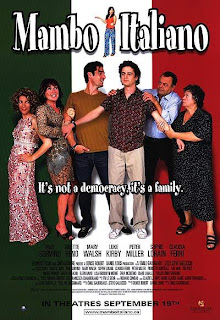 The prosecution presents various witnesses who speak about the feared “Italian financiers” and of the financing of terrorism. They read several times the emails in which the comrades received the money and the bank account information. One after another, they say the same thing: “The money is to go to prisoner support and the library.”

A police officer from the PDI INTERPOL even comes to speak about passports and the police files of “Simone” and “Nora” handed over by the Italian political police. As the prosecution and the police had spoke of it so much, here is a text from the alleged financiers: here (in Spanish).

Finally in this chapter a witness appears who there was almost no record of. There was no any statement in the files (as is normal in this trial) and it was not even suspected what would be spoken about. The only thing it said was “testifying about what she heard a defendant say about the financing.”

The question was resolved when in her statement she clarified her quite invaluable testimony. The witness was none less than a journalist from BioBio Radio who at one point had interviewed Omar Hermosilla (on house arrest). The interview was clear, the comrade denied in every way the “financing of terrorism” and said what everyone knows regarding the destination of those funds: “for the library and prisoners.”

The journalist, annoyed by the prosecution, indicated the whole time that her job was minor and that she had also criticized the press’s treatment of the bombs case, specifically by La Tercera and El Mercurio. The prosecution’s witness ended up almost being a witness of the defense.

A new specialist testifies on the traces, beyond what was already known and touched on in previous summaries, this time new items were added that were recognized and gave positive results for traces: aniline, red wine, and salami among other things. 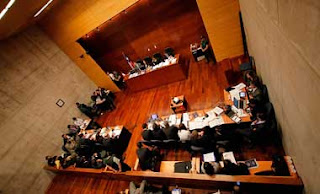 The trial continues, but it will end some day.

The prosecution continually gives dates for the ending, but when they arrive they again propose another several weeks later. The trial goes on and on, but its end will be soon; once the prosecution’s evidence and witnesses conclude, the defense’s evidence will begin. The extension of the trial and the continual remainder, as well as to the extreme slowness and lack of grace with which the prosecution presents evidence or witnesses that are clearly unnecessary, only makes one suspect that it is part of the prosecutors’ strategy so that the bored accused will not come to the trial any more, be declared in contempt and ordered to prison.

Considering the obligatory attendance every day for 5 months, with a strict schedule in which the hearing doesn’t begin if a defendant is late, it only makes one think of the tactic that some prosecutors use against defendants from trafficking gangs who are not in preventive prison.

DOWN WITH THE ANTI-TERRORIST LAW!
END TO THE POLITICAL TRIAL OF THE BOMBS CASE!
ABSOLUTION OF THE 5 ACCUSED!