FROM: OUR COMRADES  325 receives and transmits: 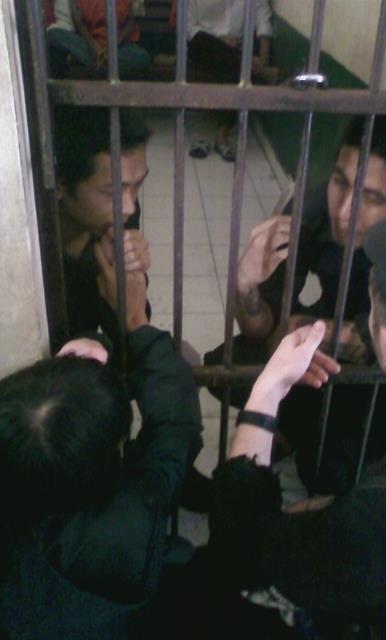 Now it is possible to send solidarity messages, postcards and letters to the imprisoned fighters Eat & Billy. You can find a guide to writing to prisoners here: (ABC Leeds)

Mailing address for Billy & Eat, proud members of the Long Live Luciano Tortuga Cell – FAI-IRF at the prison in Yogyakarta:

You can find photos of Eat & Billy at the one of the trial sessions here, with their lovers-friends-affinities: 1 & 2

Zine from Eat & Billy : The two imprisoned comrades have made this publication from inside the prison called “Mlebu”. It isn’t yet in distribution, but will be soon… “Days that are over will not continue to last, if you want to construct the past…” 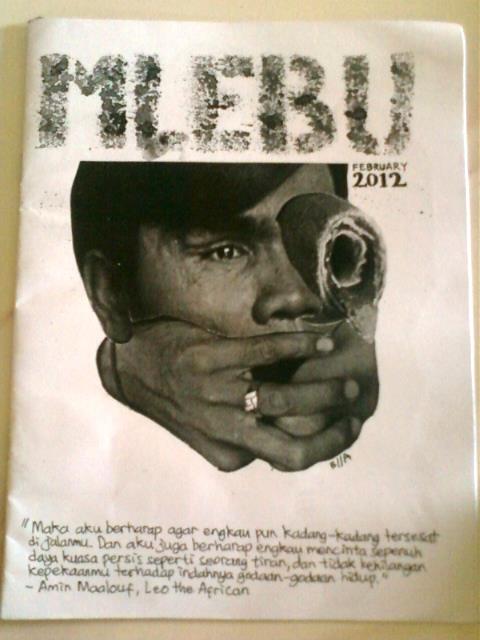 MLEBU zine # 1 (February 2012)
“MLEBU is the first word in the Java language which I can understand its meaning. The word is also the first words which forced me to come up to the police car and forced to sleep locked now. MLEBU is not regularly communicate pilot project as well as energy and imagination spilled media.
MLEBU Sustainability is not guaranteed. MLEBU does not meant to invite or force anyone to ‘get in’ to a situation such as our condition today. What can we do when it is ‘inside’? STILL TRYING TO GET ‘OUT’!” Sleman, Feb 2012 (Billy)

MLEBU zine # 2 (March 2012)
MLEBU is an intervention effort against monotony and lack of freedom. MLEBU is a glimpse of reality. MLEBU is a creative process as well as destructive. MLEBU is not periodic publication. MLEBU is a one-way ticket with no guarantee of safety. MLEBU created manually using a razor blade, glue, pens, crayons, and paper …

This zine is an effort from 2 combatants in Yogjakarta to release their self (Eat & Billy) using the method of collage by Billy and coupled with the text from Eat.
So far we still do not get printed or PDF version of MLEBU. However, as soon as we get it we will immediately distribute it to anyone who want to express solidarity.

Burn down the prisons and courts!
Long live the live action and solidarity!