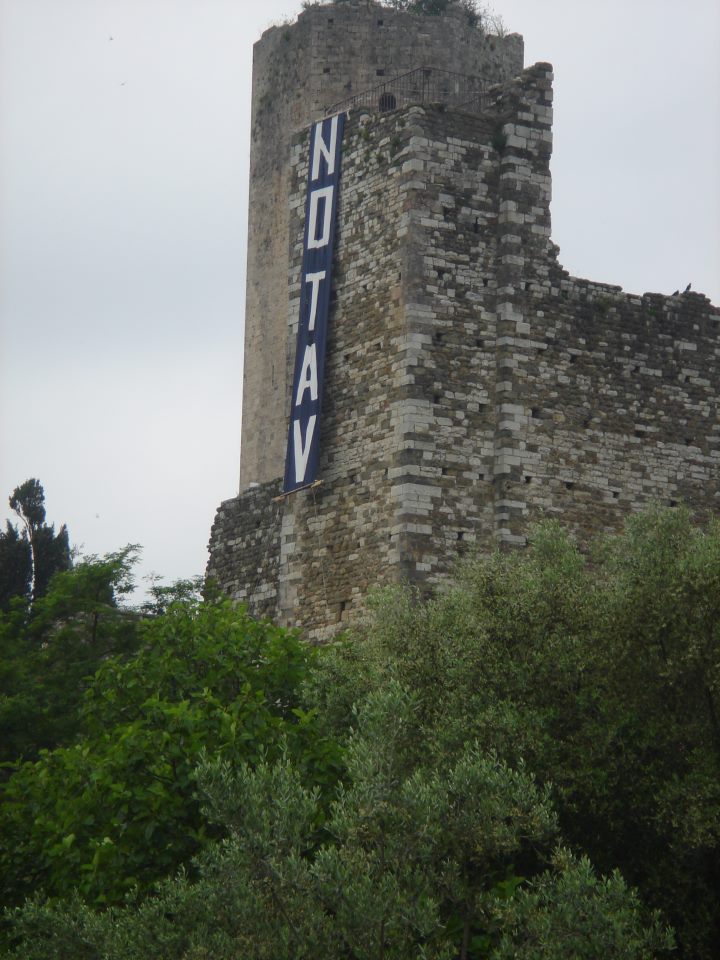 After twenty days on hunger strike, Antonio Ginetti, known as “Baffone”, gained his freedom to get out of the house in order to work, tend his garden and hanging around.  Even if he must reside in the province of Pistoia , Antonio is once again free to walk in the woods and in the streets of moribund Pistoia!

In order to celebrate fantastic Baffone’s victory, on Friday night we unfolded a banner on the tower opposite the A11 highway between Tristoia and Valdinievole.

NO TAV greetings. FREEDOM FOR ALL! 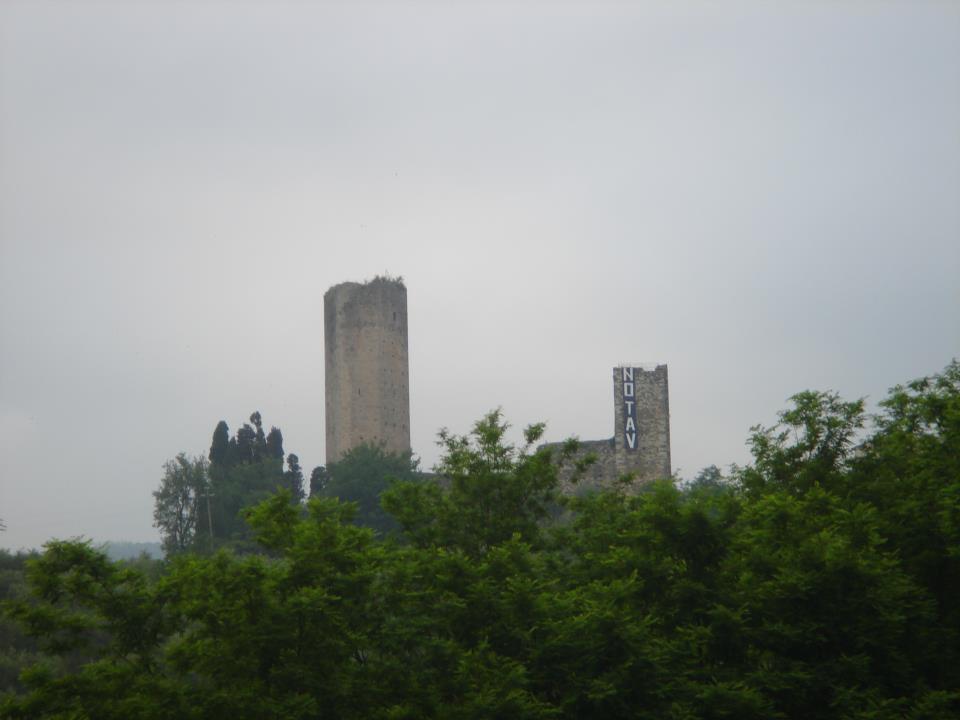 A picture taken from A11 highway

Finally some good news for Antonio this morning, even if he’s still on mandatory residence in Pistoia : he is now allowed to get out in order to work and for other needs, although he can’t leave the town (more than 4 months after his arrest).

We cannot help asking where this justice is heading for: why an individual, in times of crisis, is compelled to be absent from work for four long months, even if he was not convicted during the four stages of trial according to the Italian law? Luca [not Luca Abba’, but another comrade arrested on January 26], too, lost his job, because he’s been in prison.

Is it ‘right’ to lose one’s job because one was charged with so called minor offences? To be at the mercy of investigations and arrests that often end up in nothing? Why guarantees are conceded only to politicans and journalists (so much hated in Italy in this period)  and no solidarity word is publicly expressed towards the NO TAV people, if not to defend Caselli, the judge responsible for the arrests, considered as the ‘good’ Antimafia judge? He did took the mafia out of the streets but only to take it into the palaces of power.

Twenty years have passed since the death of Falcone and Borsellino, and we can say that the mafia is the winner, although president Napolitano says we’ll defeat it: the mafia is an integral part of this system and its judicary and armed forces that this State has lined up against the Val Susa struggle.

For this reason we say NO TAV = NO MAFIA. Our collective action is the only one that can keep the mafia away from public life and prevent their money-laundering.

WE WANT MAURIZIO, MARCELLO, JUAN AND ALESSIO FREE NOW!
NO TAV, FREEDOM FOR ALL.
Anarchists from Pistoia